Wingnuts' "incompetent" irony: Why they're hollering nonsense at another bureaucrat

House members like Marsha Blackburn gathered on the Hill to fling dumb questions at the CDC director. Here's why 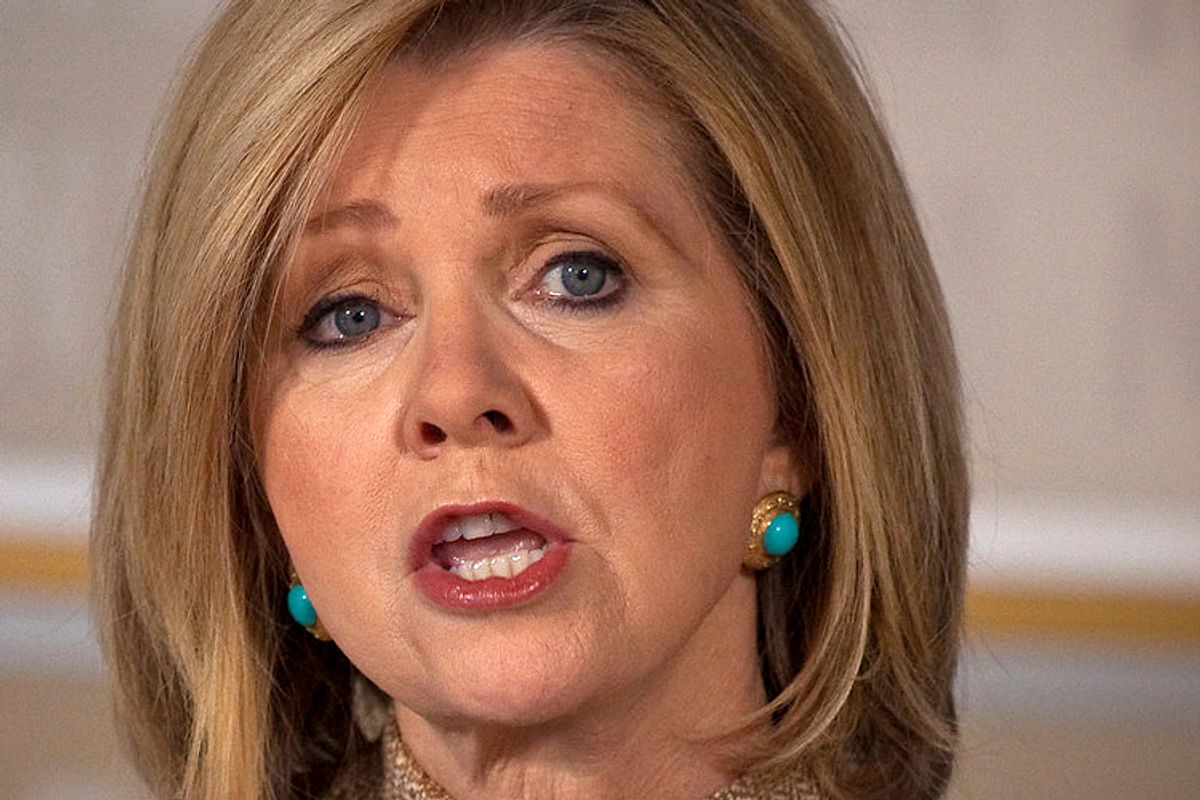 Select members of the House of Representatives took a break from their reelection races yesterday and returned to Washington to solve "The Ebola," a virus that has infected a few people in the United States and is therefore the top late-campaign issue of 2014. Members of Congress don't like returning to the Hill during campaign recess, but they will do it when the president's safety or national health or the opportunity to score some easy points hollering at a polite bureaucrat is at stake.

Much to Republicans' liking, it is now common understanding in the world of punditry and political analysis that the CDC's handling of Ebola cases in the United States has been "disastrous" or "incompetent." This is one of those things that I don't get, beyond that it makes for an attractive story to argue that yet another government institution is "incompetent."

What we know is that one guy with Ebola flew here and since then two more nurses have contracted the virus. Some mistakes were made at the Texas hospital where all this went down. A couple of instances of human error in the United States healthcare system do not make a public health agency "incompetent." The virus has been transmitted twice in the United States, and sure, there will be some more cases. That sounds like the CDC has been doing an OK job. If/when the Ebola situation has become "disastrous" -- as in when it's really a national epidemic with hundreds or thousands of new cases -- then it will be appropriate to describe the CDC's handling of it as "disastrous." Until then, giving in to the easy narrative about the incompetence of a Big Government Institution only serves the interests of those who wished to do away with government institutions from the start, and that's tiresome.

The House hearing served one purpose, which was for Republicans to go on the record, in their official capacities, calling for a travel ban from certain West African countries. This works for them politically because it allows them to lay the Ebola blame at President Obama's feet. They know the administration can institute a travel ban, which is politically popular, but won't, because it would be poor public policy, for the purposes of both tracking the spread of Ebola and for international commerce. The playbook is 1) to fan fears about how we're all going to die of Ebola as rapidly as possible and 2) claim that the president won't do anything about it, because he is incompetent, he is lazy, the world is going to hell, we've got ISIS and Ebola on the borders, he just wants to play golf and raise money, etc.

Rep. Tim Murphy convened the hearing, hollered at CDC director Dr. Thomas Frieden, and then called for a travel ban. Rep. Fred Upton, chairman of the powerful Energy and Commerce Committee, said we should have a travel ban, because golly, it just doesn't make sense not to. Rep. Cory Gardner, running for Senate in Colorado -- you know what he called for? Travel ban.

Dr. Frieden had to explain the myriad of reasons why he does not recommend a travel ban, making him a good public servant in some eyes and an Obama mouthpiece in others. (There's a strange belief that the Obama administration ignores politically popular positions, such as instituting a travel ban, for political reasons -- trying to tamp down fear, etc. This doesn't make a whole lot of sense. If the Obama administration were doing things for purely political reasons, it would institute the politically popular policy. The politically popular policy just happens to be the wrong one right now.) Here's one of the reasons, according to Dr. Frieden, that a travel ban would be ineffective:

“Porous” borders in Africa would make it easy for infected people to evade any ban by migrating to neighboring countries before flying to the U.S., Frieden told House Energy and Commerce Chairman Fred Upton (R-Mich). It then would be difficult to know where exactly travelers are coming from, which would make it harder to take steps like screening at-risk passengers’ temperatures and travel histories, he testified during a hearing on the U.S. response to the outbreak.

“Right now we know who’s coming in,” Frieden said. “If we try to eliminate travel, the possibility that some will travel over land, will come from other places and we don’t know that they’re coming in, will mean that we won’t be able to do multiple things.”

“Borders can be porous, especially in this part of the world,” Frieden added.

Oh, reader, you don't need to be told what the invocation of the words "porous" and "borders" directed the Republican members' attention to. He was talking about porous borders between West African countries, but Rep. Marsha Blackburn heard the words "borders can be porous" and got all she needed out of it:

Rep. Marsha Blackburn, a Republican from Tennessee, picked up on Frieden's "porous borders" comment thinking the CDC director was referring to the U.S.'s borders and asked if the U.S. should "worry about having an unsecured southern and northern border."

"Oh you're referring to that border and not our porous border," Blackburn said after Frieden corrected her.

Good hearing! Now it's back to the campaign trail, assuming they ever really left it.