"I'm not going away": James Risen unloads to Salon about his government foes

In historic legal fight to protect sources, embattled reporter James Risen tells Salon how he plans to fight back 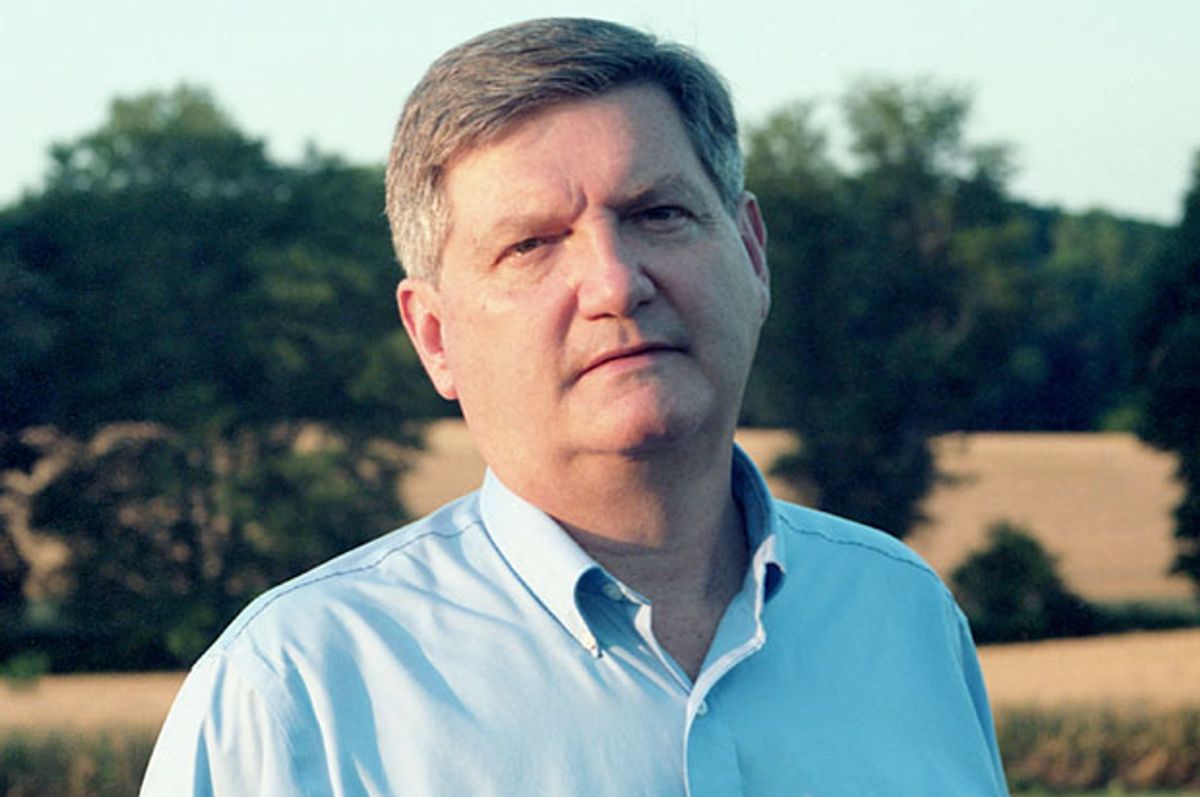 James Risen, the New York Times reporter responsible in part for the 2005 Times bombshell on the Bush administration's use of warrantless surveillance — which is widely seen as one of the seminal pieces of journalism of its era — has plenty of experience when it comes to battling the federal government. Not only in his celebrated investigative reports but, perhaps more prominently, in the courts, where for years he's held his ground in refusing government demands that he reveal a confidential source.

For Risen, in other words, fighting the post-9/11 national security state is a full-time job, albeit one for which he never truly applied. But while he may be at a profound disadvantage when it comes to defending himself (and, some would say, his profession) in our federal courts, "Pay Any Price: Greed, Power, and Endless War," his new exposé of the malfeasance and waste behind the war on terror, offers ample evidence that he's still a Pulitzer Prize winner when it comes to combat on the page. Salon spoke with Risen this week to discuss his book, seeing counterterrorism from a broader perspective and how much history will blame President Obama for the war on terror and the damage it's done. Our conversation is below and has been edited for clarity and length.

So here we are, more than a decade into the war on terror, and I'd guess that a lot of people think that at this point they know everything they need to know about how our government conducts counterterrorism and the growth of the national security state. But considering you wrote this book — which features a lot of new information — I'm guessing you'd disagree.

Yes. I felt like we had this whole period, 13 years now, where we essentially "took the gloves off," in Dick Cheney's famous words, in order to fight a global war on terror. And what Cheney meant by that was deregulating national security, and what that meant was eliminating or reducing or relaxing the rules that had been put in place for 30 years, from the post-Watergate era, which were governing the way in which we conducted national security.

It just seemed to me the war on terror was becoming increasingly bizarre, and I didn't feel like that was being captured in the press.

To your point about how much money was just being poured into the national security state after 9/11, I think the role that simple greed and graft have played in the war on terror is something that's gotten much less attention than the incursions on civil liberties or the invasion of Iraq.

By pouring so much money into counterterrorism after 9/11, we set the stage for a gold rush and people began to realize that the way to make easy money in America now was to claim to be a counterterrorism expert and to go to Washington. And at the same time, big corporations also realized there was this huge meal ticket out there to take advantage of.

So you have this massive transfer of wealth, one of the largest transfers of wealth in our country in a long time, [with] people taking advantage of an enormous amount of taxpayer money that's gone into our wars in Afghanistan and Iraq and the global war on terror, which is both covert and overt.

Yeah, it was a lot easier to see what was going on when the result was building giant nuclear weapons and so forth, whereas now it feels like this is all happening much more "in the shadows," as Cheney liked to say.

Right, we've developed this whole national security state since 9/11 and I think it's kind of happened incrementally. And the press — and I'm guilty of this as well — we tend to focus on immediate stories and so it's hard to step back and see how far we've gone down this road.

And I think part of the reason why it can be difficult for us to see where we are is the fact that the current administration has spent a lot of rhetorical energy in some sense denying that we're still fighting the war on terror.

[Laughs] Yeah, that's the great irony is that President Obama's rhetoric has become more and more at odds with what he's really done. As I point out in the prologue of the book, he keeps saying that the war on terror is coming to an end, or that it should come to an end, but then he keeps pouring more money into it and doing more combat operations.

I think I pointed out in the book how Jeh Johnson, who's now general counsel at the Pentagon, once gave this great speech in which he said we've got to begin thinking about ending the war on terror. And then, next thing you know, he's appointed to be the secretry of the Department of Homeland Security.

So there's this cycle that no one in Washington seems to want to get out of.

Do you think that's a story of many individual failures that are rooted in character flaws — i.e., these people talk the talk about ending the war on terror but really don't want to — or do you think it's some deeper, systemic problem that goes beyond any individual's lack of mettle?

Well, I don't know. It's a good question. I've struggled with that.

I think part of it is that we keep having a tactical approach to these issues; no one wants to think long-term because if you're a politician, you gotta get reelected and you have to worry about what's going to be said about you on television or by some opponent.

Anyone who can out-fearmonger another politician will always do well. No one wants to look soft on terrorism, so there's very little willingness to question the fundamental tenets of the war on terror.

How much of that is on us, the American people, do you think? How much do we share responsibility for this state of affairs because we're so unwilling to not be afraid?

I tend to think that people are pretty smart, and if you as a politician or as a pundit presented the facts as they really are and not try to overhype them, that [people] would be willing to listen to that. Especially after so many years. I know a lot of people are tired of war so I think, now, the American people are more willing to hear that kind of message.

It feels sometimes as if our country is running on two parallel tracks, but going different directions. On the one hand, people are more willing to entertain the idea that the war on terror is either over or needs to be rethought. But on the other hand, as your book shows, the policy and legal infrastructure that sustains the war on terror is in a lot of ways solidifying itself.

Yeah, and one of the things that bothers me is... the sense that we have to give up our freedoms, as Americans [for security]. I came of age in the '70s, and that's not the America I grew up in, and it's very troubling to me.

Do you think when historians look back at this era — and do so with more of a "war on terror" framing than differentiating as much as we might between George W. Bush and Barack Obama — that they're going to assign responsibility more to one of the past two presidents than the other? Or will it be seen as more of a joint venture?

As I say in the book, I think in some ways Bush was reacting to 9/11. And the Bush administration kind of created this national security/counterterrorism apparatus on an ad hoc basis, and did it very quickly and haphazardly.

Before I let you go, I want to ask you about your experience being targeted by the government for one of your stories and your refusal to reveal your source. Rather than ask you to explain why you think a commitment to a free press necessitates that you resist, I was wondering if you've figured out how to describe the experience to people in a way they'll understand. Or is the whole thing too surreal for someone who hasn't gone through it themselves to understand?

It is a little surreal, it is a little hard to articulate exactly. The best thing that's happened for me is that my family has been very supportive; and the simple answer is, it's been going on for so long now that I'm kind of used to it.

That almost sounds like a microcosmic version of the whole war on terror dynamic we've been talking about.

Yeah, it is. It's part of the war on terror, this whole attack on whistleblowers and the press. And that's really why I wanted to write this book. This book is my answer to the government; it's me saying, "I'm not going away."