Indecision is essential: Why we're looking at our tough choices all wrong 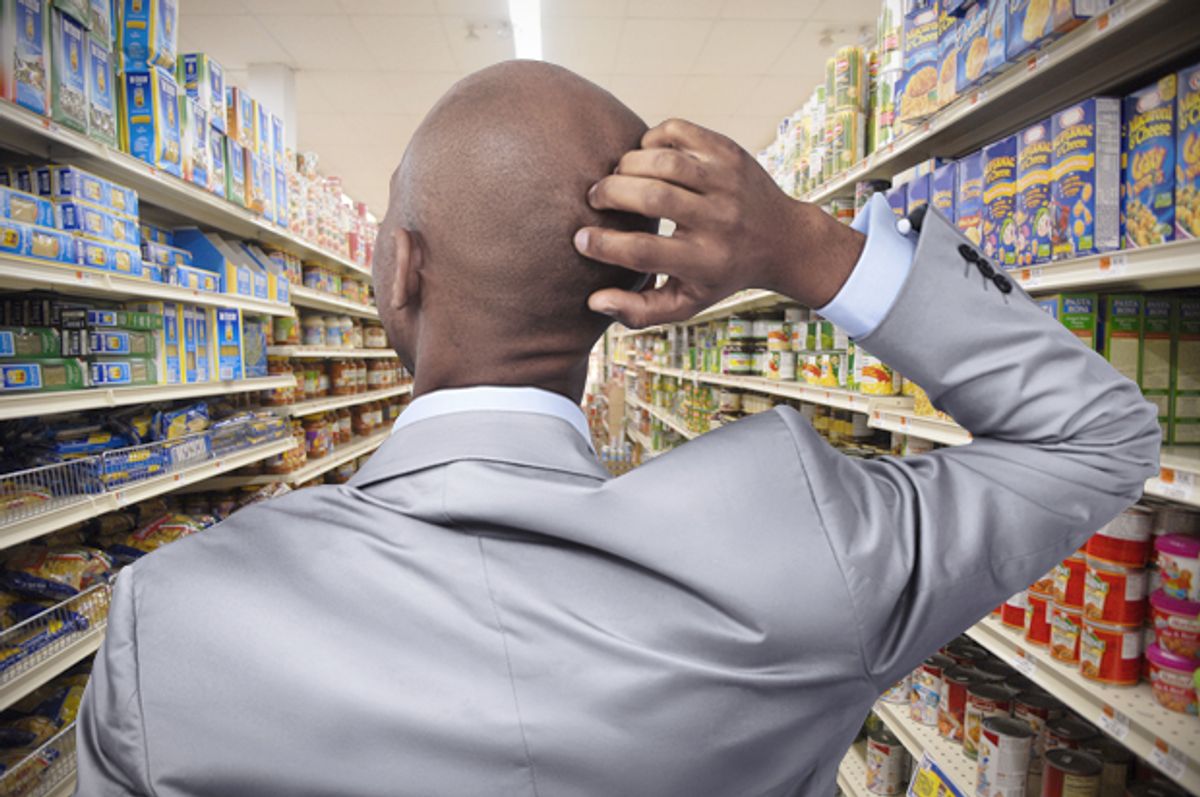 So writes social scientist Daniel Newark in the November 2014 issue of Organizational Behavior and Human Decision Processes. Decisions, Newark is quick to add, should happen eventually. But we might not suffer so much—and could even benefit from—indecision if our ultimate choice, which often does come with a flood of relief, is not the entire focus of the exercise.

The field of social science has long considered indecision as a problem to be treated or remedied. But what if indecision had a silver lining? What if it plays an important role in shaping who we are? Swimming upstream against the tradition of indecision-as-pathology, Newark’s tables-turning paper suggests just that.

First, some caveats: We’re not talking about chronic or clinical indecisiveness here. And we’re not necessarily talking about deciding if you want fries with that -- although even small decisions can be crippling when the choice triggers deeper uncertainties. In the main, Newark’s beautifully subversive theory on indecision considers the kinds of choices that can mire normally functional people in the quicksand of stuck-ness.

Do I stay in this relationship or leave? Should I let the vet amputate my dog’s leg? Shall I have a baby? Move to a new city? Take chemo?

These are the kinds of questions that burrow into the heart and soul of who we are as individuals, and can reveal what we truly value. And indecision, Newark proposes, if we let it, can inspire significant personal insight and growth.

All that makes sense to psychotherapist Timothy J. Tate, who was not part of the study, but whose work often enters the realm of identity-related issues. During periods of indecision, he agrees, it’s likely that “the old idea of persona has run out of gas, which can pave the way for a fresh sense of character to gain traction.”

When Newark told people he studied decision-making, he says, “they would often groan and say things like, ‘Oh, I need help with that.’ I started noticing how many thoughtful, considerate, intelligent people felt they had a hard time making decisions.” Meanwhile, as he was completing his Ph.D work at Stanford and surveying the decision-making literature, he discovered that the topic of indecision — as a creature unto itself, rather than a snake pit to get through as fast as possible — was missing altogether.

“I found that bizarre,” he said.

His paper is a shot across the bow at a scholarship historically blind to the potential value of indecision. Look here, he is saying. We are missing something important. Newark has no empirical findings to share in the paper, because there aren’t any, yet. This is a new idea. He wondered if the bleak, academic view of indecisive behaviors as anxiety-riddled, repetitious, drawn-out and fruitless came from the scholarly catechism that asserts the only worthy tasks in decision-making involve defining and choosing optimal alternatives.

But wait a second, Newark thought. What if, while trying to figure out what to do, we (mostly inadvertently) figure out who we are?

In that scenario, indecision becomes a constructive space for us to clarify our beliefs and values and see how they fit with those of the people around us. Put into social science lingo: Indecision could facilitate identity development.

“When we set out to make a decision,” Newark explains, “we usually start off pretty focused. We gather information, list our options, and consider what will result from each one.” But what happens when we can’t find all the information or confidently predict outcomes? We get stuck.

So, writes Newark in his paper, when we find the lever of rational decision-making jammed, we try the lever of identity-based choice to see if it moves more freely. We begin to explore our dilemma with friends and mentors. After they help us sort out our most obvious choices, and as each alternative excavates a new, harder question, the process shifts into a deeper line of questioning, like What do I really want here? What is this choice actually about? What am I afraid of?

Our confidants can’t answer these plaguing questions for us, but they still want to help, so they tell us their own stories, or share their beliefs, or empathize with us, or offer their opinions on how they think we’re doing in all this mess. We run their input through our own filters — and voilà, we’re deep in the trenches of identity work. We’re discovering or affirming who we are, without even realizing it.

This notion of talking things through, of opening up to others in ways that can reveal insecurities and make us feel vulnerable, is important. According to Newark, contemplation and conversation — pillars of indecision — are also fundamental to identity development. Troublesome decisions, he says, are socially sanctioned occasions to ask others for help and advice.

But note: While people are happy to tell you what to do, they’re not so comfortable telling you who you are. Which is not to say the talk won’t veer in that direction. For example, we ask our friends if we should take that job at the bank, and uncover the truth that what we really want is a more seat-of-the-pants exciting life. It is there, in the context of indecision, that the nature and content of our ruminations and conversations detour from classic, rational decision-making into identity work, even though we’re not usually conscious of the shift.

“At one level, trying to make a decision can feel like trying to crack a puzzle or solve an equation,” Newark says, but when it becomes more identity-based, the questions shift. We don’t ask what we want to do, but who we want to be. What choice is more in line with the person we hope to become? Sometimes those are the only truly fully informed choices we can make. Psychotherapist Tate agrees that inner tension from this kind of indecision can be a fertile time for growth. A clearer picture of ourselves emerges from the haze as we are pressed to make choices that challenge what we thought we believed.

“I think more often than we acknowledge, in quite meaningful ways, it doesn’t really matter what alternative we choose,” muses Newark.

But the belief that it matters can lead to the kind of head-banging that just might break through our existing judgments and assumptions. When we have exhausted our efforts to rank unrankable options, our only remaining path is to sort through the deeper choices that define who we are as human beings. We start to see our way through the fog. We begin to come unstuck. If there simply is no optimal choice, we might decide to be satisfied with lessons learned. Instead of getting blown out by frustration or beaten down by hopelessness, we recognize the ways in which we’ve grown as a person during a difficult situation. “Spend long enough trying to see through an opaque window pane and you begin to consider your reflection,” writes Newark. “Try hard enough to make out an indiscernible image and you end up taking a Rorschach test."

Although it will probably never feel like a state of grace, “it’s not unfathomable,” Newark nudgingly proffers, “that indecision could also be a source of pleasure.” If we can manage the anxieties of befuddling choice, he submits, perhaps we can use bouts of indecision to appreciate and play with the sweeping, sometimes surprising, prospect of selfhood.