Why science fiction comics are better than sci-fi movies 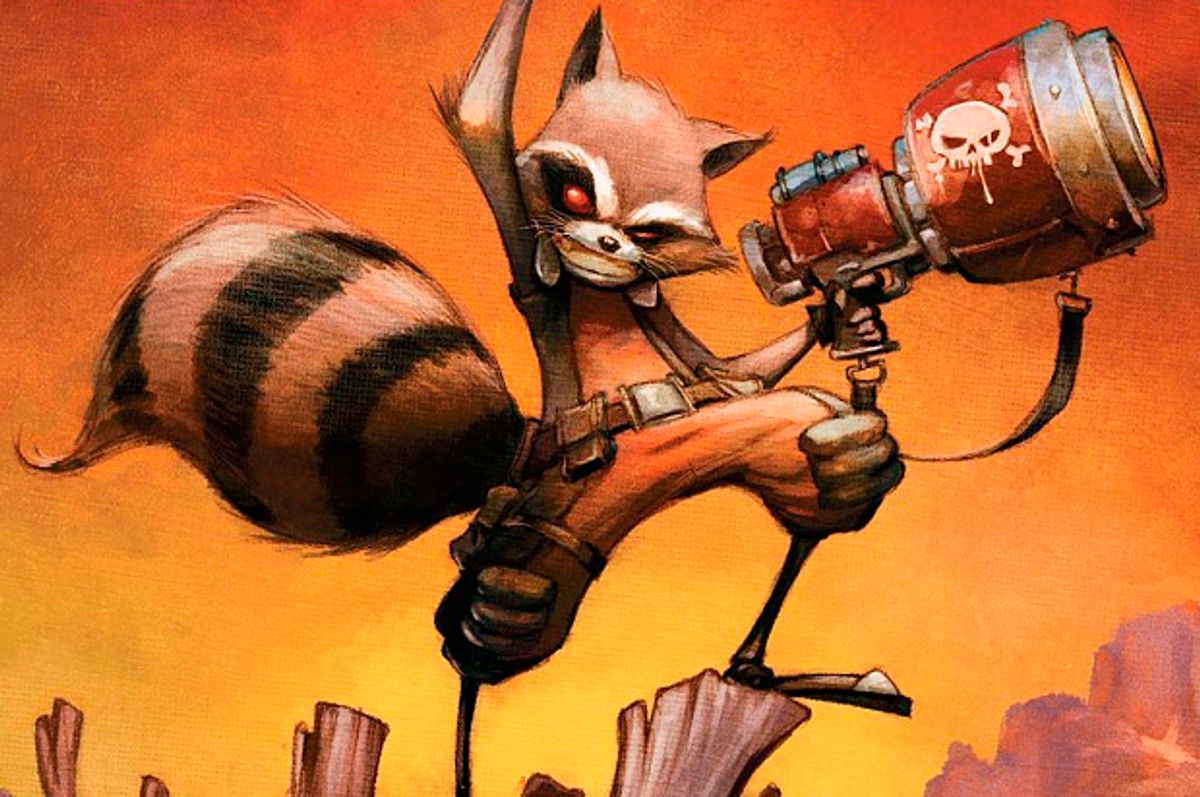 I grew up on “Star Wars,” Isaac Asimov novels and comic books—but my comics and sci-fi usually didn’t mix. Sure, there were a few exceptions, like the independent classic “Nexus” by Mike Baron and Steve Rude, or some LSD-fueled cosmic odysseys by Jim Starlin I wasn’t old or high enough to fully understand. But I generally enjoyed my sci-fi onscreen instead of on paper.

Not anymore. A galaxy’s worth of new sci-fi comics have debuted in the last year. It’s hard to say if these series will live up to the high standards of “Nexus,” “Prophet,” “East of West,” or “Saga” (a parenting story in space I've raved about). But the following series are all damn promising, and they’re all totally different from each other, reflecting the variety and creativity of the current comics scene.

This creation of Jack Kirby and Stan Lee has long been a cult favorite among hardcore fans, and it’s thrilling to see the guy formerly known as Norrin Radd get a series again. Writer Dan Slott is coming off the impressive (and prematurely ended) “Superior Spider-Man,” while artist Mike Allred recently finished a preposterously fun “FF.” The two have brought a Dr. Who-ish flavor to the adventures of the Surfer, not to mention a sense of humor. Allred is the star here, as the creator of “Madman” proves again that he’s the Keith Haring of comics, filling every page with inventive, wild, Kirby-esque creations.

This isn’t just one of the most promising sci-fi series in comics: it’s probably the funniest comic around, taking the title in a close win over “The Superior Foes of Spider-Man.” Young Chicago madman Ryan Browne started this series as a Web comic, and every page—hell, every panel—brims with insanity. The premise is simple: NASA is funding a team of superheroes to stop astro-farmers from launching themselves into space, where they’re wreaking havoc with alien races who have a delicate truce with Earth. One astro-farmer-propelled mission resulted in the death of the amazingly named Admiral Tiger Eating a Cheeseburger, who looks pretty much how that sounds. “God Hates Astronauts” is a reminder that comics are still the greatest medium for creating the impossible. Movies and TV will always be playing catch-up.

I mentioned this futuristic love story in my look at the best romances in comics. I wish I could think of an excuse to plug this comic in every column, because it is sweet, funny, subtle and poignant, not to mention increasingly relevant for its exploration of how people interact with machines. In a nutshell, “Alex and Ada” is classic story of boy meets android girl, followed by sci-fi hijinks that reflect real relationship issues.

Grant Morrison’s latest comic should appeal to fans of not just sci-fi, but writing itself. This exquisitely illustrated comic—Frazier Irving’s digital art is like nothing else in comics—has two protagonists. One is Ray Spass, a pretentious, degenerate screenwriter struggling to get through a first draft. The other is Max Nomax, an “exiled space genius” who is the lead character in Spass’ screenplay and turns out to actually exist. If you’re reading Morrison’s long-awaited “Multiversity” (which you should) you know that multiple realities and stories becoming real are some of Morrison’s top obsessions. This one looks to be a fun ride, and the art alone is worth the price. It’s wonderful to see Morrison and Irving team up for the first time since creating one of the best Joker stories ever.

If you saw the utterly charming “Guardians of the Galaxy” movie, you must check out this solo title for the gun-toting critter voiced by Bradley Cooper, because it is a gem. Written and illustrated by cover artist maestro Skottie Young, this series is more fun than anything this side of “Rat Queens.” With “True Detective” jokes, loveable sidekick/muscle Groot, and an armada of angry ex-girlfriends, our furry hero has his paws full.

Rick Remender has been on a sci-fi tear as the author of “Black Science” and the more recent “Low,” which has a unique look and feel, thanks to a great premise and some scratchy, evocative artwork by Greg Tocchini. In a nutshell, the series is about a family in a deadly scenario: they know the sun is expanding and not far from blowing up, so the clock is ticking on life itself. They live underwater, where they’re safer from solar radiation, but they’re certainly not safe from other people. This is a strong family drama as well as an intriguing sci-fi story, and it proves that even in a dystopian underwater society, it sucks to be a people person.

I discussed this series at length in my article about comic book presidents, and it’s well worth your attention. This sci-fi political thriller should please anyone terrified by enormous, unexplained space artifacts and/or the White House. It’s a conspiracy theorist’s wet dream that has genuine mystery, believable characters and effective cliffhangers in every issue. Sadly, I think I’m better informed about the politics in “Letter 44” than those of the real world.

Written and illustrated by Ben Templesmith, this is a post-apocalyptic tale of a world invaded and controlled by horrifying squid-like aliens. The hero is a jaded, grizzled, bitter warrior (known as a Squidder) who undergoes a Han Solo-like redemption. The writing is a little clichéd, but the art! Good Lord, the art! This comic looks and feels disgusting in the best way possible. Templesmith creates a world of doomed people and evil squids painted in dirty blues and greens and browns, only brightening up when something explodes or bleeds. You must check this out if you enjoyed Templesmith’s art on “Fell,” a tale of a doomed cop in a shitty town that is one of writer Warren Ellis’ best. For beautiful illustrations of doom on Earth or elsewhere, Templesmith’s your man.

The prolific Mark Millar writes the story of Duke McQueen, a pilot turned space adventurer (very much in the vein of Flash Gordon) who passed up a life as a hero on another planet to return to his beloved wife. That seemed like an OK decision, but when Duke got old and outlived his wife, he couldn’t help but wonder what would have happened if he had stayed. About a year later, Duke doesn’t have to wonder anymore, as he’s summoned for one last adventure. Millar has said that “Buzz Lightyear meets Unforgiven” is a good way to sum up this series, which is a page-turner--but don’t turn too fast. Goran Parlov’s art is extraordinary. Parlov made a name for himself collaborating with Garth Ennis on “The Punisher” and “Nick Fury: My War Gone By,” showing he can do gritty crime and war stories. This series shows he’s equally adept at creating a colorful, strange sci-fi world. In all genres, Parlov is masterful at drawing craggy, regretful old men who might not be done yet, goddamn it.