New research paints the young king in a new light 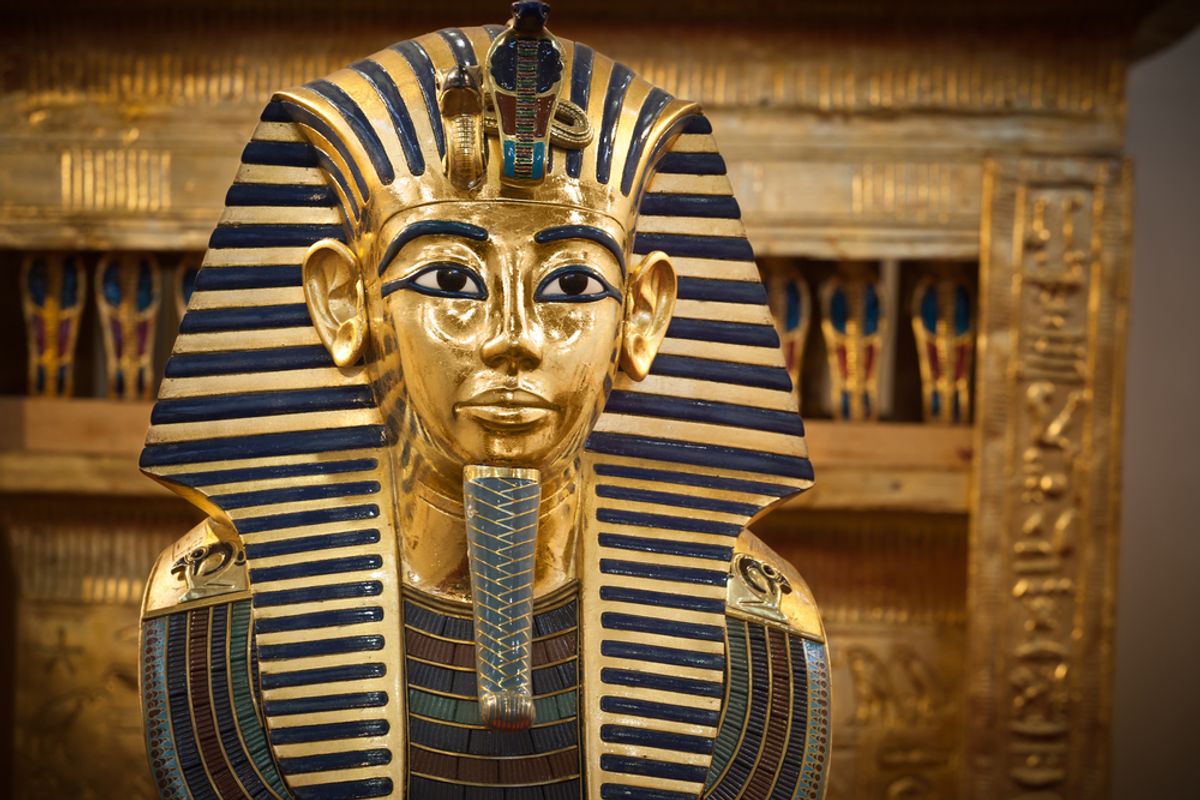 King Tutankhamun had a club foot, "feminine hips" and a large overbite because his parents were brother and sister, according to new research from EURAC's Institute for Mummies and the Iceman. The researchers were able to prove the parental bond by testing Tut's mitochondrial DNA, which is passed down by the mother, to determine that she was the sister of King Akhenaten, who was proven to be Tut's father through DNA testing in 2010.

Raw Story reports on the king who died at age 19:

He also developed Kohler's disease, a rare genetic disorder that results in loss of blood to bones in the foot -- and is more likely to be passed down if two first-degree relatives produce children, according to researchers...

Historians know Tutankhamun owned 130 walking sticks and sat down to shoot bows and arrows,but they had not understood why until the testing was conducted.

Artwork discovered in his tomb suggested Tutankhamun had a passion for chariot racing, but researchers said his disfigured foot would have made that impossible...

Researchers said Tutankhamun most likely died from an inherited ailment as a result of his family history.

According to the Sunday Times, "the ancient Egyptians believed that incest kept the blood line pure, but in reality it did the opposite. They would have had no idea of the health implications and the outcome on the offspring."

Meaning he likely never could have danced like this :(.