The sex crimes I kept secret

For years, I protected my hometown and its beloved piano teacher. I finally realized I was betraying myself 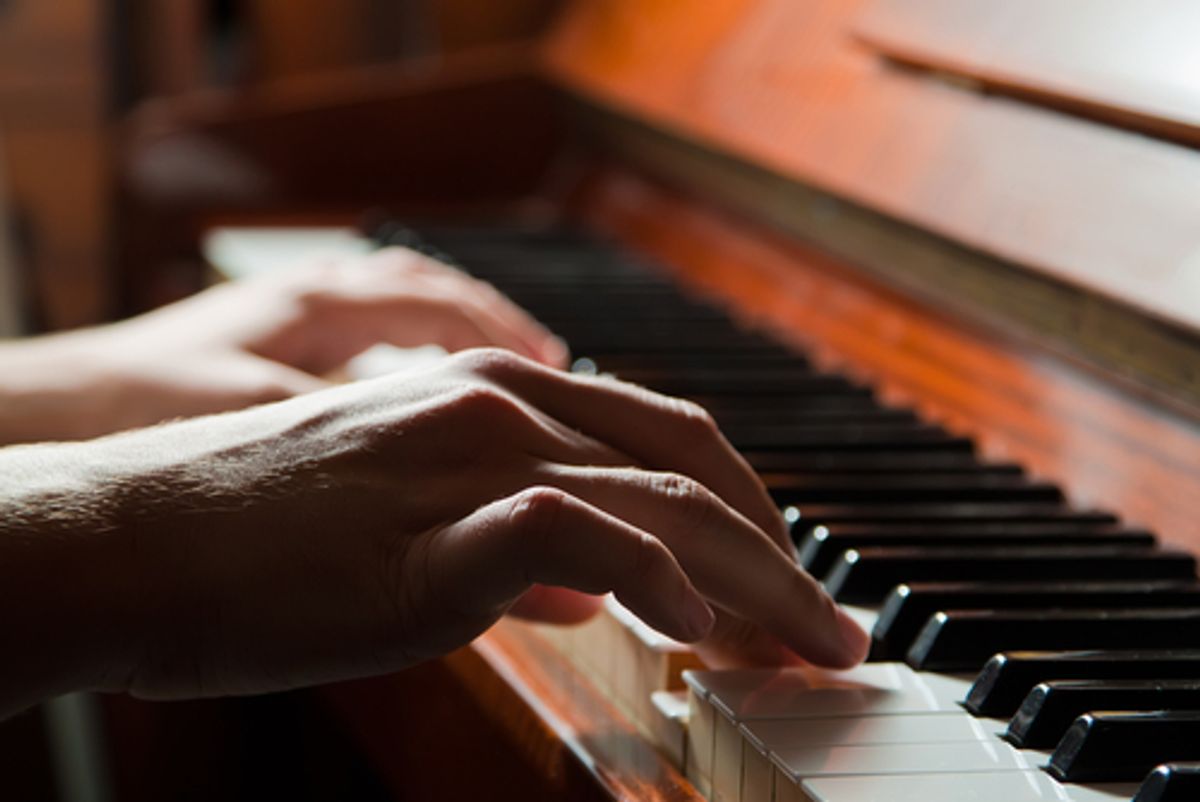 When I was 10, I made a decision to lie for the sake of a very powerful man in Mercury, my small hometown in western Pennsylvania. Howard Lotte was an elementary-school teacher and a high-school sports enthusiast who gave piano lessons to Mercury’s best and brightest in his free time. He didn’t charge much, and young girls like me flocked to his house once a week in hopes of becoming the next choral accompanist, a feat that could kick a young lady up a few notches on Mercury’s social ladder. We took pride in opportunities to perform and he provided them at every turn, from the applause we enjoyed at annual recitals to the praise he offered in weekly private lessons.

But this man had insidious habits he hid from the public that revered him. During his lessons, his hands wandered all over the bodies of his female students, often patting their private areas while the girls played in sync with the ticking metronome. When one young woman was brave enough to speak out, she and the six others who followed her example became reviled by much of the town. There had to be an explanation, folks reasoned. These girls had lied, conspired, manipulated the facts. It was easier to call their integrity into question rather than Mr. Lotte’s. No one wanted to believe they’d misjudged his character so profoundly. Even more, no one could stomach the thought that this man had lived among us, shared meals with us, lent us piano primers and pencils, while deceiving us the whole time. No one dared suggest it, but we were all afraid, adults and children alike. Afraid of the damage done, afraid of what a truth like this might say about our community. Ours was a safe town above all, wasn’t it?

More from DAME: "Sex Can Be Complicated. Consent Is Not"

Fear can cause kind people to act in hateful ways. Mothers who supported this man ended their longstanding friendships with the mothers of the girls who had come forward. Many townspeople wrote emphatic letters to the judge, calling these girls suspicious, or at least victims of hysteria and girlish hyperbole. The school where these seven victims attended classes every day was populated with adults who paid into the support fund for this man who’d been suspended with pay. And worse—the children followed their parents’ leads. These girls who’d once boasted many friends found themselves alone on the playground, in lunch lines, at bus stops.

By the time the police came to my house to question me, everyone in town knew which of the girls had snitched. It wasn’t hard for my own sense of self-preservation to take hold and direct me to lie. When they asked if he put his hands on me, I said no. The lie came out of me so easily it was as if it had been planted inside me long ago. As I spoke, my body felt rigid, imprisoned, exactly the way it felt when Mr. Lotte had touched me. Still, I wanted nothing to do with the trial, the rumors, or the truth because I saw what it had cost the other girls. I wasn’t the only one; some young women who had initially agreed to testify eventually chose against it because the scrutiny had gotten so intense. We were just 10, 11, 12 years old, and even then we knew we couldn’t secure the kind of protection that Mr. Lotte had, so we let our lies protect us instead.

From the moment I chose to protect Mr. Lotte, I also chose to forget everything that had happened. It seemed like my best chance for survival. Even so, my life was never the same. The lie, invisible as it was, left an imprint on my adolescent years to follow. It traced all the boys I ran from and toward, the girls I betrayed, the endless performances I put on for the town I loved. The lie and the silence surrounding it had created a duplicitous self within me, and though I didn’t identify it as such, my own divided psyche was what urged me to leave the only place I felt I belonged.

More from DAME: "There Used To Be This Thing Called Privacy"

Eleven years after I’d determined to forget the crimes committed against me and so many others, I finally remembered what happened. Mr. Lotte had violated me, and I told the police that he hadn’t. The grief I felt caused a profound shift in how I viewed myself and the community that raised me. I, like the town itself, had wanted to believe Mercury was safe and idyllic, better than any other small town, surely. I was both a victim and an accomplice to one man’s transgressions, and the paradox made my head spin. I felt the pain of what this man had done, but I also felt something deeper. The lie I’d told had been a necessary wound for most of my life. It led me to betray myself, but it also protected me when I felt threatened, and it gave me anonymity when I’d needed to hide. But as an adult, I no longer had any need for it. I wanted to release the things that no longer served me. I wanted to break the long silence. Most of all, I wanted to be honest with myself, which was why I decided to write it all down. The story became the backbone of Cinderland, my first book.

I shared it because exploring my own regret led me to discover the ways in which I still can be strong. I shared it because the story doesn’t belong to me. It belongs to many other girls who were just like me in Mercury and in hundreds of other towns, those who dared not say a word, so scared were they of the consequences. I shared it because people in my hometown were more outraged that the girls had spoken up than they were that a serious crime had been committed.

More from DAME: "Why Did I Keep Such A Terrible Secret for So Long?"

Not everyone will understand why I chose to share such a personal secret; some believe we ought to steer clear of what causes grief and discomfort. But stories like mine should cause grief and discomfort. They invite us to examine our own impulses, presuppositions, and mistakes. At the very least, they ought to give us pause. That moment of pause was something I couldn’t give myself as a young girl because I didn’t dare think I deserved it.

Sometimes I ask myself what price I might pay for telling the truth. But a more fruitful question is what is lost if I don’t. If I assume this story is mine alone, then I assume the pain is mine alone as well. I know there are others like me, both within Mercury’s borders and beyond them, who are worn down by their regrets and yet determined to learn from them, to become better versions of the people they once were. That’s the power of the truth.

The names of the author's piano teacher and hometown have been changed.