"They're going to start destroying each other": Why TV's new golden age is doomed 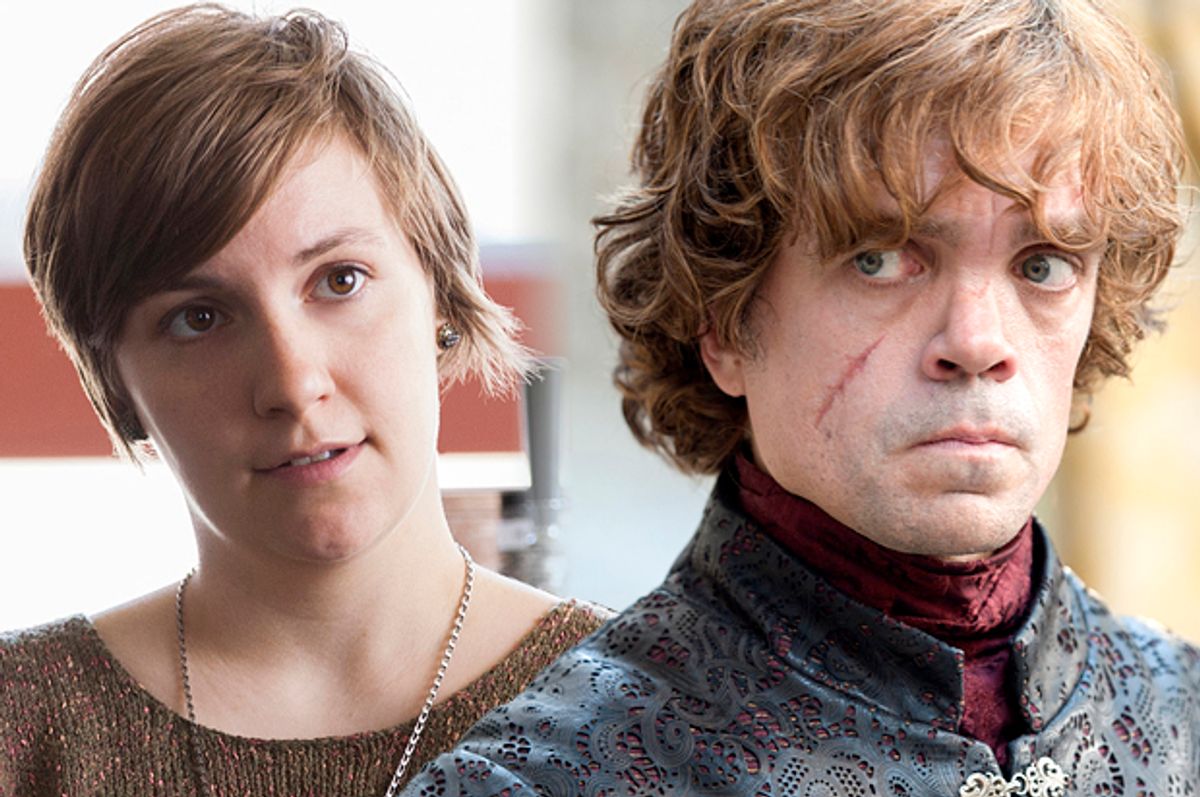 The most prestigious of the cable channels and the most-watched of the traditional networks both now announced moves to streaming services. CBS's service began last week; HBO’s will launch sometime next year, and its details are currently unclear. Both HBO Go and CBS All Access will allow people to watch their shows without subscribing to a cable service, and will add to the millions of existing “cord cutters” -- a group, heavy on young viewers, that was already growing.

It’s clearly a huge development, with enormous implications for consumers and media companies alike: “It is an important part of our future,” CBS chief Les Moonves told the New York Times. “The world is heading in that direction.” Los Angeles Times business columnist David Lazaruz calls it “an understatement to say that this will shake up the pay-TV business as we know it.”

But what this means for cable and broadcast television is still hard to figure out. Case in point: Just as the leadership of Netflix – one of the first companies to convert to digital streaming -- was crowing about the success of its model (“We are Internet disrupters, through and through,” Reed Hastings told the Times) its stock prices collapsed, falling 20 percent yesterday, in part because of the threat of streaming competition. Investors lost hundreds of millions.

The move to streaming will not stop with HBO and CBS. “Sony is preparing an Internet product expected to include programming from Viacom, the parent of networks like Comedy Central, MTV and Nickelodeon,” Emily Steel writes in the Times. “DirecTV also said that it would start an online video service. A similar service from Showtime, the premium cable network owned by CBS, is likely in the ‘not too distant future,’ Mr. Moonves said.”

The news, for now, looks good for the companies and for fans of shows like HBO’s “Game of Thrones” and CBS’s “The Good Wife” – especially those who resent paying enormous monthly fees for sporting events they don’t watch. But it’s not really a sign of the liberating power of the Internet. Rather, television has thrived for reasons that are largely anomalous in the Internet age.

Even going back to the 1980s, cable networks made very different decisions than other kinds of media companies, as David Simon, the former Baltimore Sun journalist who created “The Wire” and “Treme,” wrote in a 2009 Columbia Journalism Review piece. Cable started out mostly as “bad movies and boxing,” he writes. “But ultimately, the quantitative increase in programming was accompanied by a qualitative improvement. You paid more, you got more ... More channels, more programming, more revenue – indeed, a revenue stream where none had existed.” Newspapers followed a very different model in the ‘80s, relying mostly on advertising, and then sending their profits to their corporate overlords rather than investing in their staffs or their journalistic offerings, or figuring out how to adapt when technology changed. When it did, they gave away what they did for free online, and got slaughtered.

The music industry – also corporate owned – was similarly short-sighted. Profits went mostly to investors, and the big labels slept until Napster and iTunes spun them around like an old 45. And while the situation with book publishing and bookselling has important differences, it’s another case where an industry was wounded by online developments and struggled to recover.

“In a lot of media you have a race to the bottom,” says Robert Levine, author of “Free Ride,” which looks at the dark side of digital disruption. “That’s both in terms of cost, but usually in terms of quality.” But the current model for television works differently. “In TV, we’re in an arms race, where everyone needs to have new, exclusive content. HBO and Netflix are not trying to find a huge number of viewers: They’re looking for shows that a bunch of people like enough that they’ll pay for them. ‘Mad Men’ and ‘Breaking Bad’ were never super-popular, but enough people got addicted to them and were willing to pay.”

What makes television so much healthier, he says, is not just the creative revolution driven by headstrong and brilliant showrunners – the tale told in Brett Martin’s lively cable chronicle, “Difficult Men” – but market incentives. Now, we have numerous companies looking for fresh content to distribute – HBO, Netflix, Amazon, AMC and others all trying to find good new shows to offer. “It’s different than what record labels went through,” says Levine, “when it was only iTunes. If you keep a bunch of competitors bidding for stuff, it’s a healthy ecosystem. That’s an actual functioning market,” in contrast to the market failure in journalism and recorded music, where piracy and other digital “innovations” essentially punish companies that invest in their content. Or film, which is fighting off piracy, the corporate noose and the infantilizing effects of foreign markets.

Of course, this second stage of television’s Golden Age won’t last forever. “At some point,” Levine says, “they’re going to start destroying each other.” The number of à la carte streaming plans people can afford – “do I get Netflix, HBO, CBS and Showtime?” – is limited, and the companies could eventually run out of resources to compete. “You throw money at the competition,” he says, “until you can’t.”

But for now, let’s stay in and enjoy the one cultural form that seems to be getting better in the Internet age.