"We are exchanging the corporate rip-off for the public one": Iggy Pop's brilliant rant on U2, Radiohead and how the Internet is killing musicians 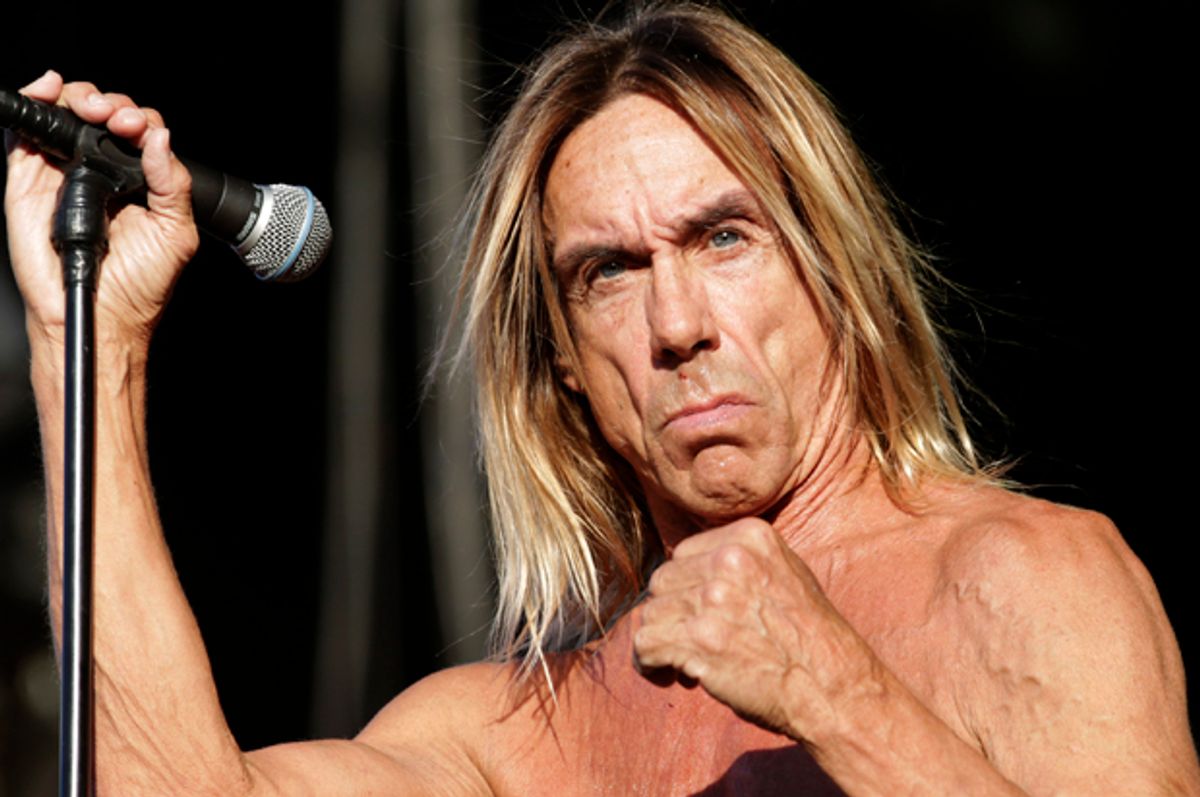 Well into the age of streaming, we’re still hearing from a few musicians – most of them promoted and even employed by the tech sector – that we live in the best of all possible worlds. Some resent the new arrangement, where they earn pennies from Spotify or Pandora plays, but don’t want to antagonize what’s left of the music industry. Journalists often hear from new streaming services that claim to be “artist friendly” despite their low royalty rates.

So it’s refreshing when established musicians speak honestly about the current crisis. That’s what we hear in Iggy Pop’s recent speech in England, where he discussed the state of music, technology and capitalism, pointing out, "If I had to depend on what I actually get from sales I'd be tending bars between sets."

The speech -- which took place just outside Manchester, at the Radio Festival in Salford -- was a memorial for legendary BBC DJ John Peel.

Pop joins others who’ve pointed out the grim terms of the current economy of music, like Camper Van Beethoven/Cracker singer David Lowery, who announced that Pandora paid him less than $17 for a million plays of the song “Low.” He and others have pointed out that YouTube, Grooveshark and the Pirate Bay pay even less than Spotify’s rate ($0.006 and $0.0084 per stream, which goes typically to a label or publisher before finding its way, in reduced form, to the artist). Pop’s old friend Lou Reed made one of his last public statements before his 2013 death about brand-sponsored piracy.

Meanwhile, recording industry revenues have been flat for the last few years at around $7 billion in the U.S., less than half what they were in 1999. (Recent figures show that no 2014 album has yet gone platinum in the U.S. as of last week.)

The former Stooge was especially tough on illegal downloading. "We are exchanging the corporate rip-off for the public one. Aided by power nerds. Kind of computer Putins. They just wanna get rich and powerful. And now the biggest bands are charging insane ticket prices or giving away music before it can flop, in an effort to stay huge. And there's something in this huge thing that kind of sucks."

Pop also spoke about electronic toys that "estrange people from their morals and also make it easier to steal music than pay for it," the excessively harsh punishments against students who file share, and the vitality of music on indie labels, and the value of Thom Yorke’s recent release of an album on the BitTorrent service, which is associated with piracy. "But all pirates want to go legit, just like I wanted to be respectable,” he said. “It's normal. After a while people feel like you're a crook, it's too hard to do business. So it's good in this case that Thom Yorke is encouraging a positive change. The music is good. It's being offered at a low price direct to people who care."

The man born James Osterberg offered some criticism of Apple forcing the new U2 album on everyone. "The people who don't want the free U2 download are trying to say, don't try to force me,” Pop said. “And they've got a point." The Irish band, he says, has been caught “giving away music before it can flop, in an effort to stay huge.” (Though Bono has since chalked the free album up to “megalomania,” U2 guitarist the Edge responded to Pop’s charge with: "I still think it was a great thing to do and most people thought it was great and really thought it was a generous act. And there are people who are offended that it ended up in their iTunes library but I think they’re really in the minority.")

The speech – which drew Jarvis Cocker, Tracey Thorn and members of the Smiths and New Order -- will be broadcast on BBC 4 on Sunday.

The NME covered the speech here.