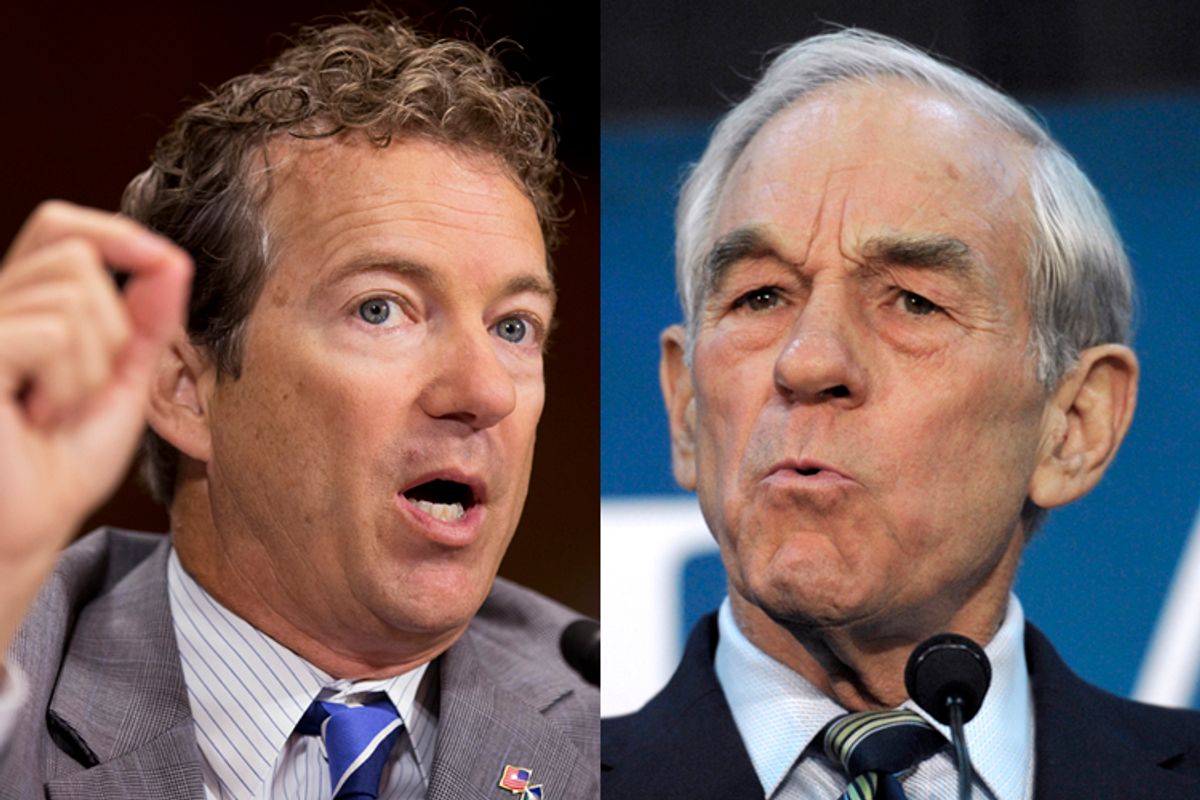 As Kentucky Sen. Rand Paul gears up for a 2016 presidential bid, he is attempting to distance himself from his inflammatory father, former Texas congressman Ron Paul, who harbors foreign policy views anathema to the Republican base and whose warm ties with the right-wing fringe threaten his son's effort to portray himself as a mainstream Republican.

In a new interview with Newsmax TV, Ron Paul just made his son's effort to keep him at arm's length a little bit easier. Speaking with host J. D. Hayworth, Ron Paul ridiculed calls for a ban on travel from Ebola-stricken countries -- a travel ban that Rand Paul has called "only reasonable."

“For a government to just ban all travel, I’m not much interested in that,” Paul told Hayworth.

"Right now, the flu season is starting," Paul said. "You know how many people are liable to die? Tens of thousands. Actually, the estimate is between 3,000 and 49,000 people die every year from the flu. So if you really wanna do good for the world, let’s ban all people who have a cold, because they might have the flu, and we have to stop it.

"So right now, I would say a travel ban is politically motivated more than something done for medical purposes," Paul added.

Paul the elder's opposition to a ban is shared by most experts. On Sunday, the National Institute of Allergy and Infectious Disease’s Dr. Anthony Fauci said in an interview that a travel ban would make tracking people entering the U.S. from West Africa more difficult.  Experts who spoke to the New Republic's Jonathan Cohn argued that a ban could discourage medical volunteers from traveling to afflicted countries, given that they may have a difficult time leaving, and would also likely encourage other countries to adopt counterproductive travel bans.