Rachel Maddow says what we're all thinking about John Oliver 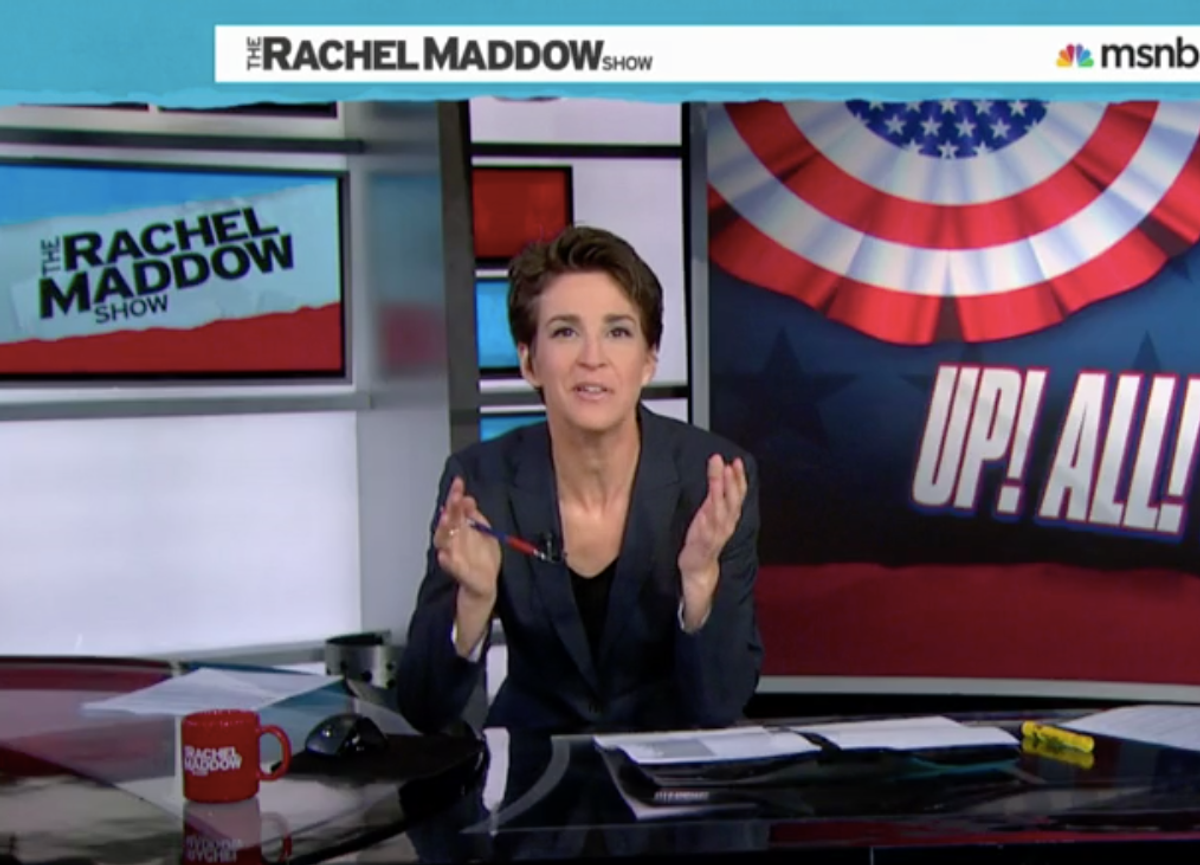 Yes, Maddow discussed John Oliver and his use of "Real Animals Fake Paws" to reenact Supreme Court arguments. "I am not allowed to speak for the news division here," Maddow states. "Part of the reason why is because if I were in charge of the news division here, I would totally do this. I would totally use dogs with fake paws to reenact Supreme Court oral arguments."

"That said," Maddow continues, "this now exists as an asset in our nation's arsenal in how to cover civics and understand important decisions made by one of our three branches of government."

Maddow then covers Justice Ruth Bader Ginsburg's "blistering dissent" on the Texas Voter ID ruling, which she stayed up until 5:00 a.m. writing. Watch below: