At least one person, a Canadian soldier, has been injured 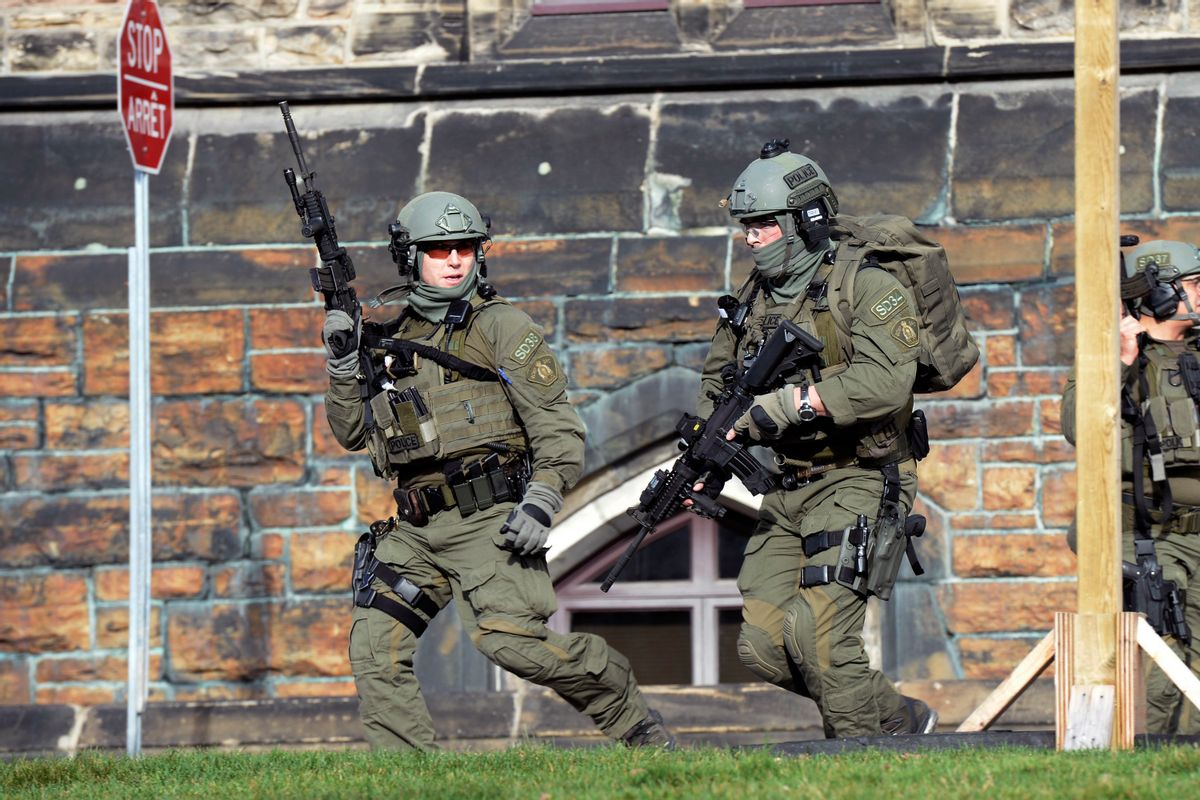 OTTAWA, Ontario (AP) — A gunman shot a Canadian soldier standing guard at the National War Memorial in Ottawa on Wednesday, then entered Parliament and shots rang out, police and witnesses said.

People fled Parliament by scrambling down scaffolding erected for renovations, witnesses told the Canadian Press news agency. Others were in lockdown.

Video shot by a reporter for the Globe and Mail showed police officers walking slowly through Parliament toward the entrance with weapons drawn. The sound of a gunshot ran out, followed by the sounds of multiple shots.

Police would not confirm reports that the gunman had been shot and killed.

The shooting came two days after a recent convert to Islam killed one Canadian soldier and injured another in a hit-and-run before being gunned down by police. The suspect had been on the radar of federal investigators, who feared he had jihadist ambitions and seized his passport when he tried to travel to Turkey.

Cabinet minister Tony Clement tweeted that at least 30 shots were heard inside Parliament on Wednesday, where Conservative and Liberal MPs were holding their weekly caucus meetings.

Royal Canadian Mounted Police warned people in downtown Ottawa to stay away from windows and rooftops.

Emergency responders went to the scene and paramedics took the wounded soldier away in an ambulance. His condition was not known.