Meet the "pro-life" activist who cried (in a sad way!) when millions of people got health insurance

SBA List president Marjorie Dannenfelser supports a "culture of life." Unless you're poor and uninsured, that is 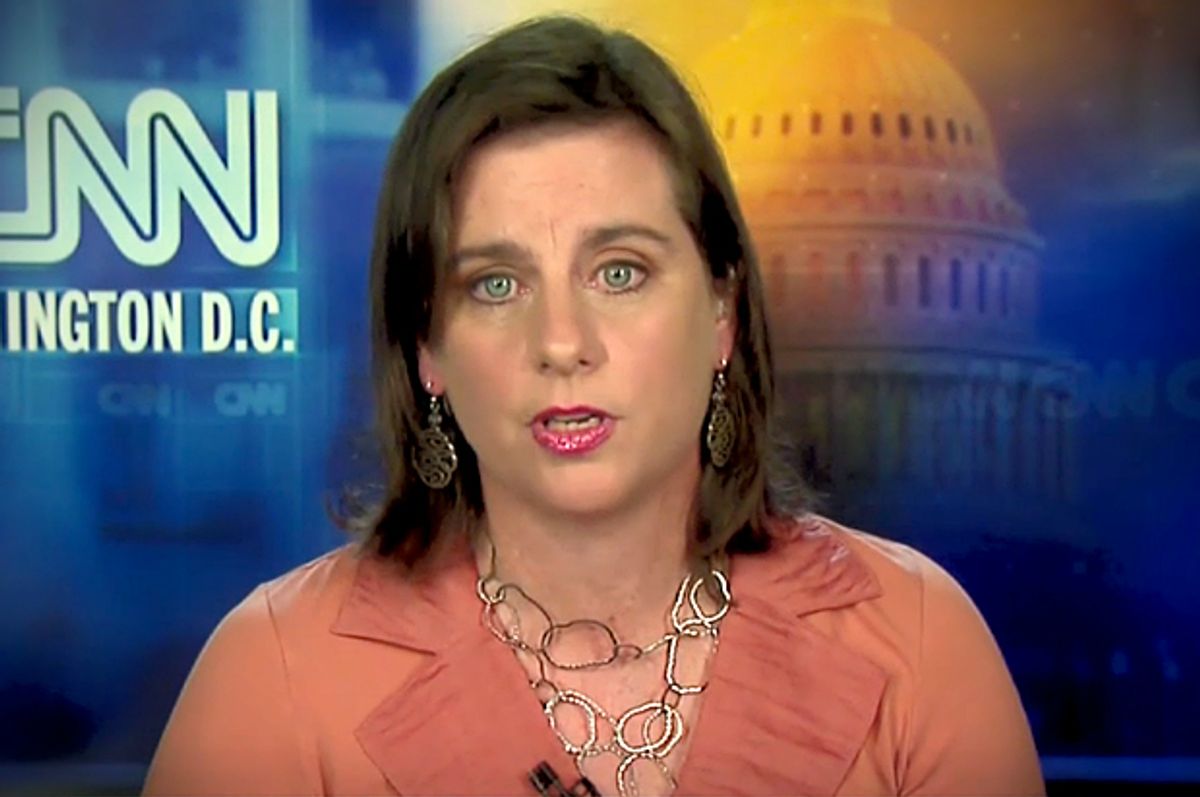 The New Yorker has a lengthy profile this week of Marjorie Dannenfelser, president of the Susan B. Anthony List, a lobbying group that supports antiabortion candidates. The piece, written by Kelefa Sanneh, explores the group's messaging strategy around the upcoming elections and the delicate line it walks to create moderate talking points in support of an extreme platform. Basically, this boils down to focusing on the apparent perils of the Affordable Care Act and "taxpayer-funded abortion" while advancing fringe policies that give clusters of tissue full legal rights.

But the group is reluctant to wear its support for fetal personhood heading into the midterms. Dannenfelser believes that life begins at conception and her view is consistent with the SBA List agenda, but the group doesn't really touch the issue during elections. Because it alienates voters, who generally balk when a politician starts talking about a total ban on abortion, a possible ban on certain forms of contraception and a policy that elevates the "rights" of blastocysts over those of actual women. So instead, Dannenfelser focuses on policies that she views as having more mainstream traction, like the new healthcare law, which she does not like in the least.

Which is a little perplexing. Dannenfelser is a "culture of life" antiabortion activist. She boasts a degree of ideological consistency -- by, say, opposing the death penalty -- that many of the politicians she supports can't claim for themselves. But Dannenfelser's support for "life" has its limits, specifically when it comes to the law that gave more than 7 million people in this country healthcare. The Affordable Care Act, in the most literal terms imaginable, is a lifesaving piece of legislation. But Dannenfelser cried when a former political ally agreed to sign on to the law, a move that helped it pass. "It was one of the worst days I can remember," she said, recalling when Bart Stupak (of the Stupak-Pitts Amendment) agreed to support the ACA if it excluded abortion coverage.

The law has become a target of the SBA List's campaign in states like North Carolina, where Republican Thom Tillis has been backing away from his previous support for personhood and the campaign to defund Planned Parenthood as he tries to close the gender gap with his Democratic opponent, Kay Hagan.

This is where it gets hard to track the logic of many antiabortion groups. A person can easily disagree with Dannenfelser's views on abortion and contraception while still understanding how she approaches those issues. Informed by her specific interpretation of Catholicism (Dannenfelser's extreme views on abortion, contraception and personhood are out of step with many Catholics), she believes that life starts when sperm and egg meet. But what explains her (and other "culture of life" activists') opposition to a healthcare law that provides millions of people with coverage that saves lives?

In North Carolina, where the SBA List is working hard to elect Tillis in part on his record of opposing the new healthcare law, a woman named Kimberly Tonyan is urging others to sign up for insurance through the ACA. Because after she got coverage under Obamacare, she was able to see a doctor when she started experiencing abdominal pain. Thanks to that visit, she was eventually given the early cancer diagnosis that she credits with saving her life. “The Affordable Care Act saved my life,” Tonyan recently told a crowd in North Carolina. “If you don’t have coverage, you need to get it.”

That's not an abstract good. That's not pennies per month going to cover abortion because some insurance plans failed to charge people extra for abortion coverage. That's a woman's life. Tonyan has an 11-year-old son. She brings him with her to events promoting Obamacare. His life is certainly better with a healthy mom, too. It's unclear how Tonyan and her son, as well as the millions of others who benefit from having affordable healthcare, fit into Dannenfelser's political calculus around "life."