The graphic footage comes from Canada's Globe and Mail newspaper 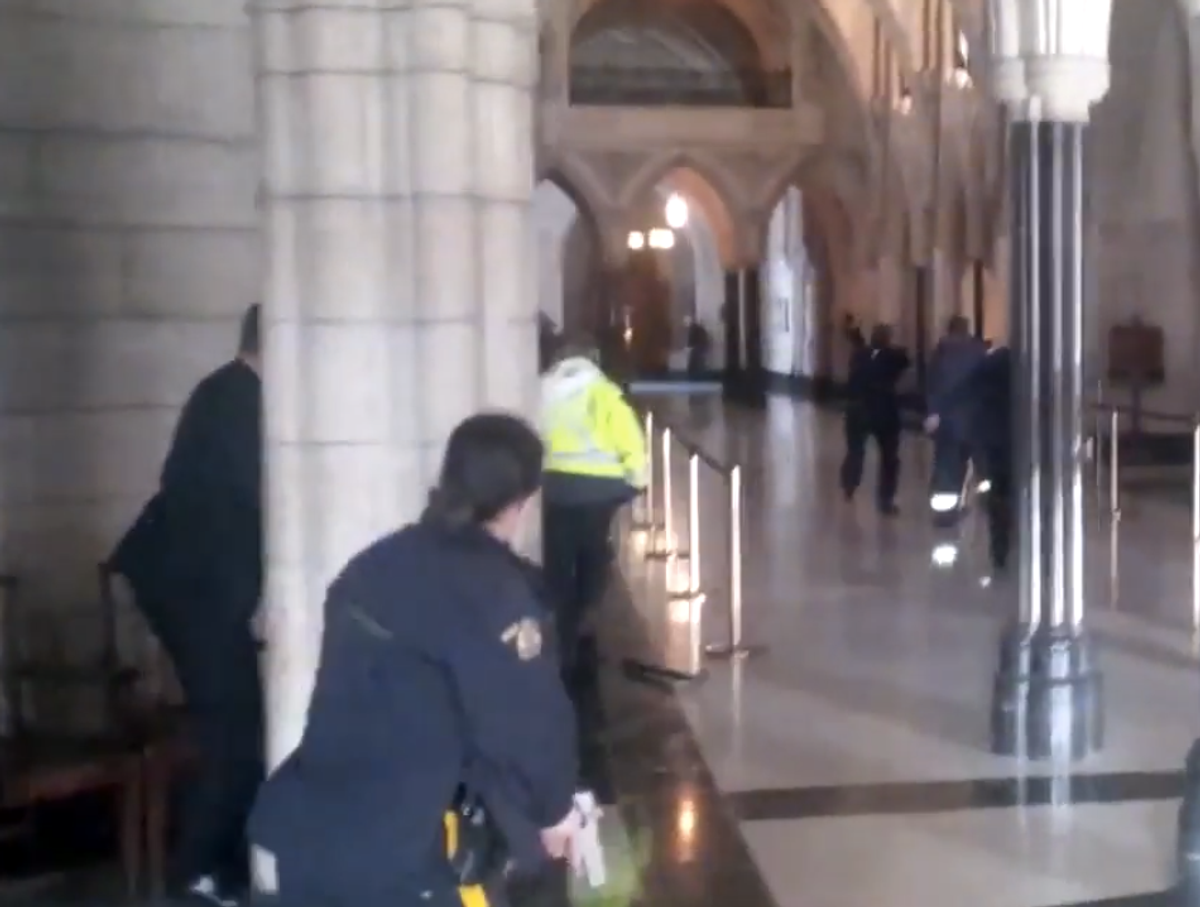 Canada's Globe and Mail newspaper has released disturbing footage from inside the Parliament of Canada, which is currently on lockdown after a gunman entered the building Wednesday morning. The footage, which was uploaded to YouTube shortly after 11 a.m., local time, clearly captures the sound of heavy gunfire, as police responders make their way through the building and toward the shooter. One person, a Canadian soldier, was reportedly injured at the nearby National War Memorial shortly before the gunman entered Parliament.

Warning: This video contains graphic material, and could be extremely upsetting to viewers.