The 6 most hysterical, misinformed reactions to the Ebola outbreak

Dozens of parents pulled their kids out of a Mississippi school, while a Maine teacher was put on mandatory leave 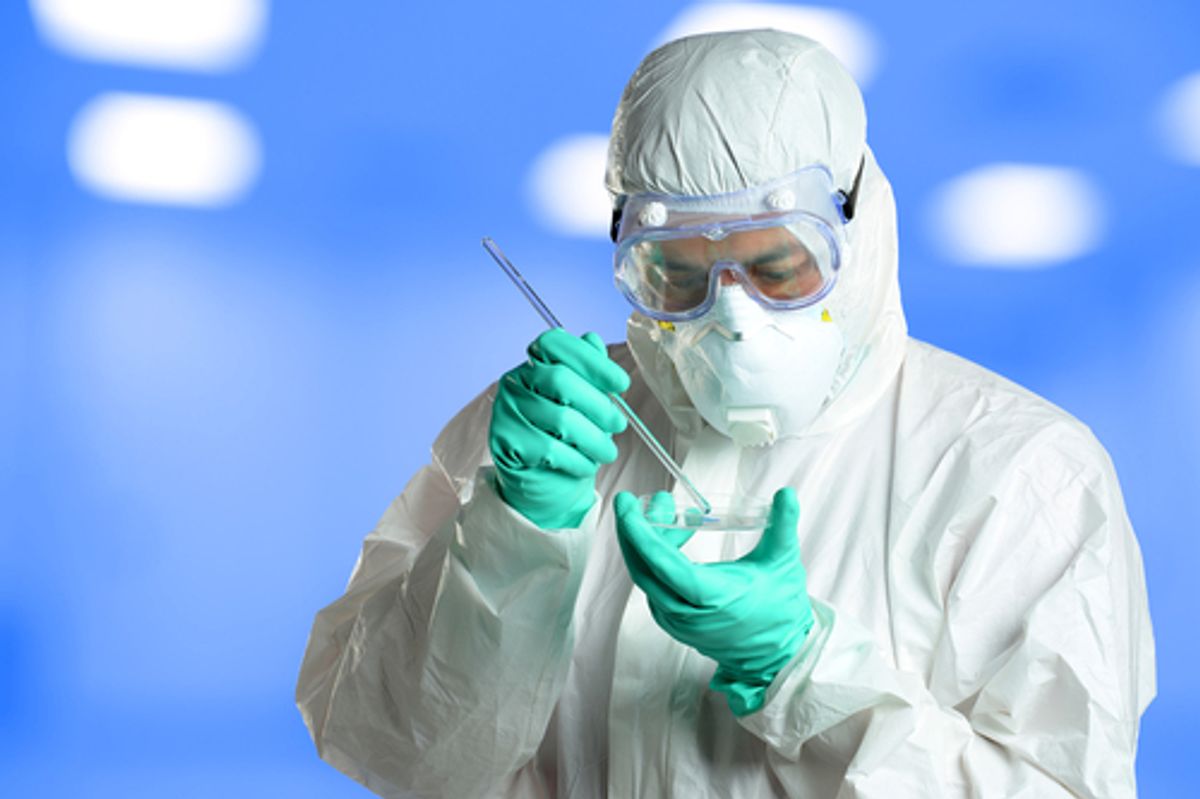 In the U.S., there’s growing evidence that Ebola can be quarantined. But the same cannot be said about wild overreactions marked by panic, ignorance and intolerance as parents, school boards and others have responded to their fears, rather than to real outbreaks.
"Better safe than sorry” is the commonly heard refrain. But that is a poor excuse for a litany of misinformed overreactions, including some bad behavior that is bound to leave hurtful lasting impacts on the victims of these panic attacks.

Here are a half-dozen of the worst examples, starting with educators who should know better.

The school’s staff told teachers (but not parents) that Rwandan students were coming and not to worry. That lit up the rumor mill, and here’s what parents told Fox News:

Really? Do they think those two Rwandan kids will return to class free of stigma?

2. Not An Isolated Incident

In Strong Elementary School in Maine, a different unfounded fear unfolded. One teacher was put on a mandatory 21-day leave after attending a conference in Dallas and staying at a hotel 9.5 miles from Texas Health Presbyterian, where Ebola patient Thomas Eric Duncan was treated before he died. Never mind that millions of people live and commute in the city. Ignorant parents and a compliant school board were quick to overreact, bending to the argument that they had not been told a teacher would be in Dallas.

“The decision to place the teacher on leave was made by the MSAD 58 school board Thursday evening, after parents and community members expressed frustration that they were not notified that the teacher would be traveling to Dallas,” Portland’s Press Herald said. “After several discussions with the staff member, out of an abundance of caution, this staff member has been placed on a paid leave of absence for up to 21 days,” the school board’s statement said.

For the record, to date, there have been no Ebola cases in Maine.

More public school paranoia occurred in Hazelhurst, Mississippi, after a rumor surfaced that its middle-school principal, Lee Wannik, was in Nigeria (which, incidentally, has been declared virus-free by international health officials). The rumor, which was wrong, nonetheless prompted dozens of parents to remove their children from school. Wannik was at his brother’s funeral in Zambia, an East-Central African country which is even further from Liberia than Rwanda is.

Again, parents told school officials that they would “rather be safe than sorry,” the local news reported, adding their paranoia grew when Wannik opted to take a voluntary leave and seek medical attention—so as not to be a “distraction.”

These incidents show there is very little thinking going on when people feel that their lives are endangered, despite all evidence to the contrary. But there have been even more paranoid reactions near areas where Ebola patients have been hospitalized.

4. No Getting Sick In Public

Panic broke out and HazMat teams were dispatched to a Dallas Area Rapid Transit station on Saturday after a woman got off a train and vomited at the platform, leading police to close the station and summon emergency crews. Initially, the media incorrectly reported that she had been on an Ebola watch list, which was later retracted.

A similar reaction occurred at the Pentagon a few days before, when a woman who had been to West Africa became sick and threw up in a parking lot. That led officials there to quarantine a bus on which the woman had been traveling.

Meanwhile, in New York City, where international airports are screening travelers from West Africa by taking their temperature upon arrival—which doctors say will do little to detect the virus—the New York Post has reported a “hesitancy by health-care providers to examine patients or by laboratory workers to handle [blood] specimens.”

That kind of personal reaction seems to be irrepressible the closer one gets to a perceived threat or possibility of an infected person.

Now that a Carnival Cruise Line ship has returned to port—with passengers cheering as they disembarked in Galveston, Texas—there have been a string of news reports saying not everybody aboard the ship was panicking when they learned that one passenger was a laboratory supervisor who had handled an Ebola patient’s blood work. That person voluntarily quarantined herself, showed no signs of infection, and subsequently had her blood tested (and taken away by a Coast Guard helicopter). Consistent with what ship's officers said all along, she was found to be clear of Ebola.

However, the British Telegraph quoted many passengers who described an “utter panic,” saying some passengers were crying and feared they might be trapped on a death ship, where infections would spread, or would have to wait for weeks until being cleared to leave. “As word of an Ebola scare spread, so many passengers tried to call home that their mobile signals failed, and the Internet crashed,” the Telegraph said.

The panic deepened when Mexican officials refused to let the ship dock in Cozumel, citing the age-old maritime practice of keeping ships offshore if there is a threat of disease. “I noticed that we were pulling away,” one passenger said. “The captain finally came on and said we couldn’t get permission to port. That’s when everything hit the fan here and we realized we were quarantined.”

There are real Ebola victims in the U.S. They include the fiancé and children of Thomas Eric Duncan, who have been quarantined and heavily monitored for weeks after losing Duncan to the virus. As Cliff Weathers reported, those survivors have lost most of their possessions, been forced from their homes and have been treated as pariahs by many neighbors. Duncan's fiancé is very worried about how the children—who have been cleared of any infection—will be treated when they return to school this week.

TheNew York Times also had a striking report on Monday by Helene Cooper, a Pentagon correspondent and native Liberian who described how people in her country are reacting with great inner strength and dignity in the face of a crisis that’s leaving few families untouched. The difference between dealing with a real epidemic and an imagined one is night and day.