"I'm just saying, I interviewed the president last time and now I have to go back to interviewing dumb actors" 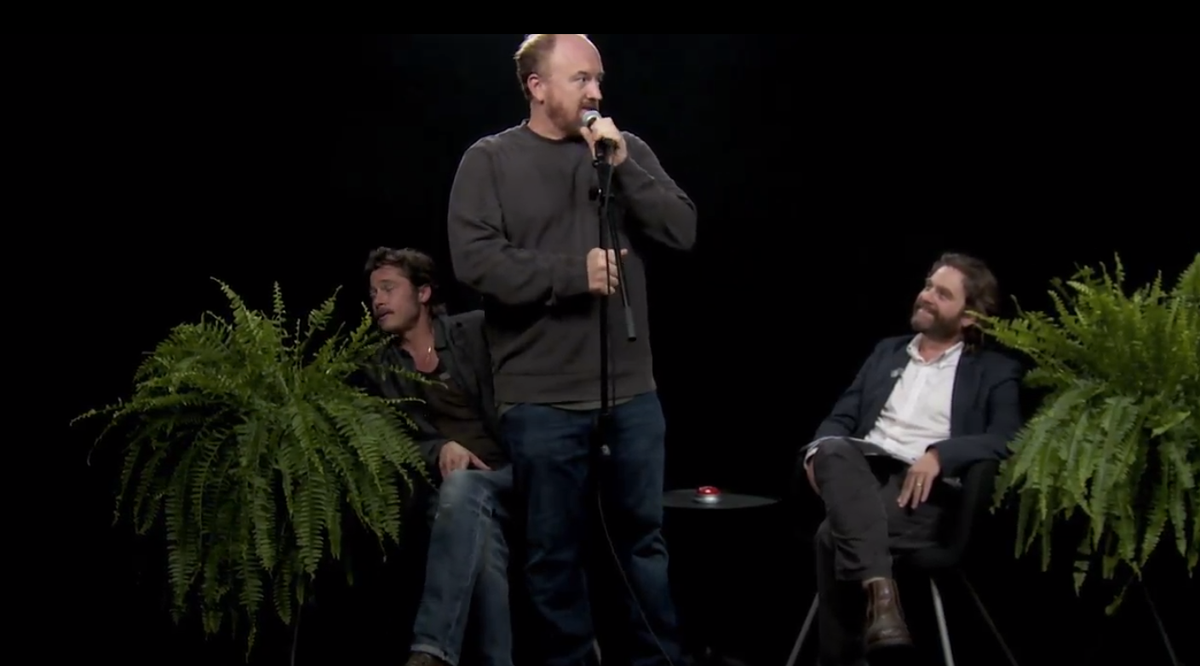 Zach Galifianakis sat down with Brad Pitt (Bradley Pitts/Bart Pitt) on the most recent episode of "Between Two Ferns" -- naturally he wasn't enthused.

Galifianakis, as is customary, asked Pitt a series of invasive questions including if he could borrow two sperm and if he and George Clooney ever get dressed up in their tuxes together.

The most hilarious moment happened shortly after Louis C.K. dropped by for a short stand-up routine.

"Tell me what it was like the first time you laid eyes on Angelina," Galifianakis said, while Pitt looked visibly uncomfortable.

"Was it like one of those classical love stories, like I don't know, when Ross met Rachel. You know that show 'Friends,' have you seen that?"

Zing! Watch below via Funny or Die: