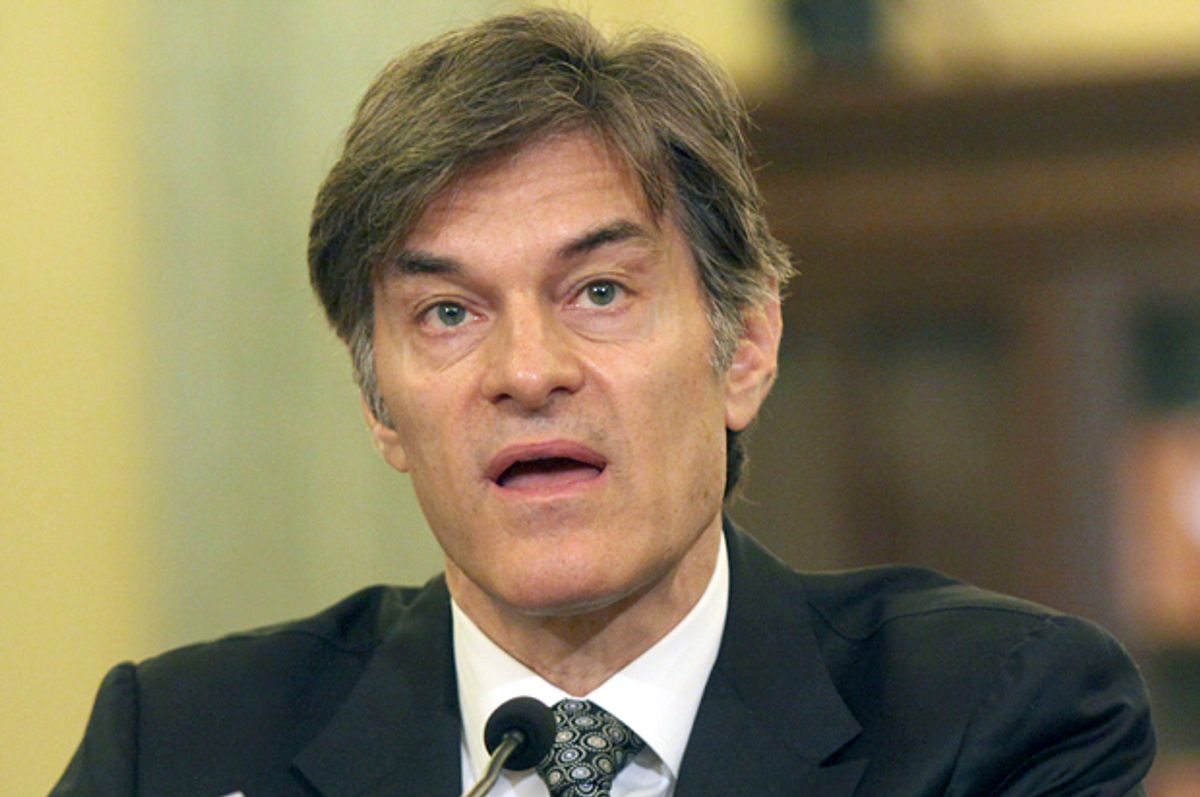 A research paper that touted the weight-loss benefits of an extract from green coffee beans has been retracted by the researchers that published it. Green coffee had been touted as a “miracle” supplement by television host Dr. Mehmet Oz on his eponymous Dr. Oz show.

Retraction Watch, a website that reports on repealed and repudiated scientific research, says the paper’s two authors have now admitted that they are unable to defend their work.

"The sponsors of the study cannot assure the validity of the data so we, Joe Vinson and Bryan Burnham, are retracting the paper," the authors conceded on Dove Press, a British site dedicated to the peer reviews of scientific research. The study, titled “Randomized, double-blind, placebo-controlled, linear dose, crossover study to evaluate the efficacy and safety of a green coffee bean extract in overweight subjects” was originally published in the journal Diabetes, Metabolic Syndrome and Obesity: Targets and Therapy.

Last month, the company behind the study, Applied Food Science, agreed to $3.5 million settlement with the Federal Trade Commission, after government regulators found that some key data, including research the recorded weight of research participants, was likely cooked. Additionally, the study had a very small sample of only 16 overweight adults. The feds said that the research, sponsored by supplement manufacturer, was "so hopelessly flawed that no reliable conclusions could be drawn from it."

In May 2012, Dr. Oz heralded the study on his television program, professing that it linked green coffee to weight loss, and said that those who took it lost an average of 18 pounds in six weeks. Apparently the expert nutritionist that praised green coffee one episode of the show, Lindsey Duncan, also had an ulterior motive; he was the CEO of Genesis Pure, a nutritional supplement company that markets green coffee as a weight-loss product. Dr. Oz did not disclose this obvious conflict of interest.

Recent laboratory research by the American Chemical Society into the weight-loss claims made by the marketers of green coffee beans finds that the ingredient that is supposed to spur weight loss, chlorogenic acid, has no such impact. Furthermore, the study showed that it can actually cause fatty deposits in the livers of mice.

While previous medical studies reveal that coffee drinkers have a lower risk of obesity, high blood pressure and insulin resistance (known collectively as “metabolic syndrome”), the researchers found that mice given chlorogenic acid didn’t lose weight compared to mice who were not given the chemical. In fact, the mice who were fed this ingredient had increased insulin resistance in addition to fattier livers.

Dr. Oz claimed he did his own two-week test on nearly 100 women, which included a control group that was given a placebo. He found that the women who took the supplement lost an average of two pounds, while those taking the placebo lost an average of one pound. Normally, such results would be deemed inconclusive at best, but Dr. Oz cited them as evidence of the efficacy of green coffee extract, declaring “the green coffee bean worked for us” and recommended the supplement to his audience even though “we don’t know much about it.”

Oz’s entanglement in pseudoscience inspired Sen. Claire McCaskill, the chairwoman of the Senate subcommittee on Consumer Protection, to call him to testify and answer questions about his claims. During the testimony, McCaskill chided Oz for abusing his great influence, saying the products he endorses are almost guaranteed to fly off the shelves.

Oz acknowledged to the subcommittee that while there’s no such thing as a “miracle” supplement, and that many he touts wouldn’t pass scientific muster, he insisted he was comfortable recommending them to his fans.