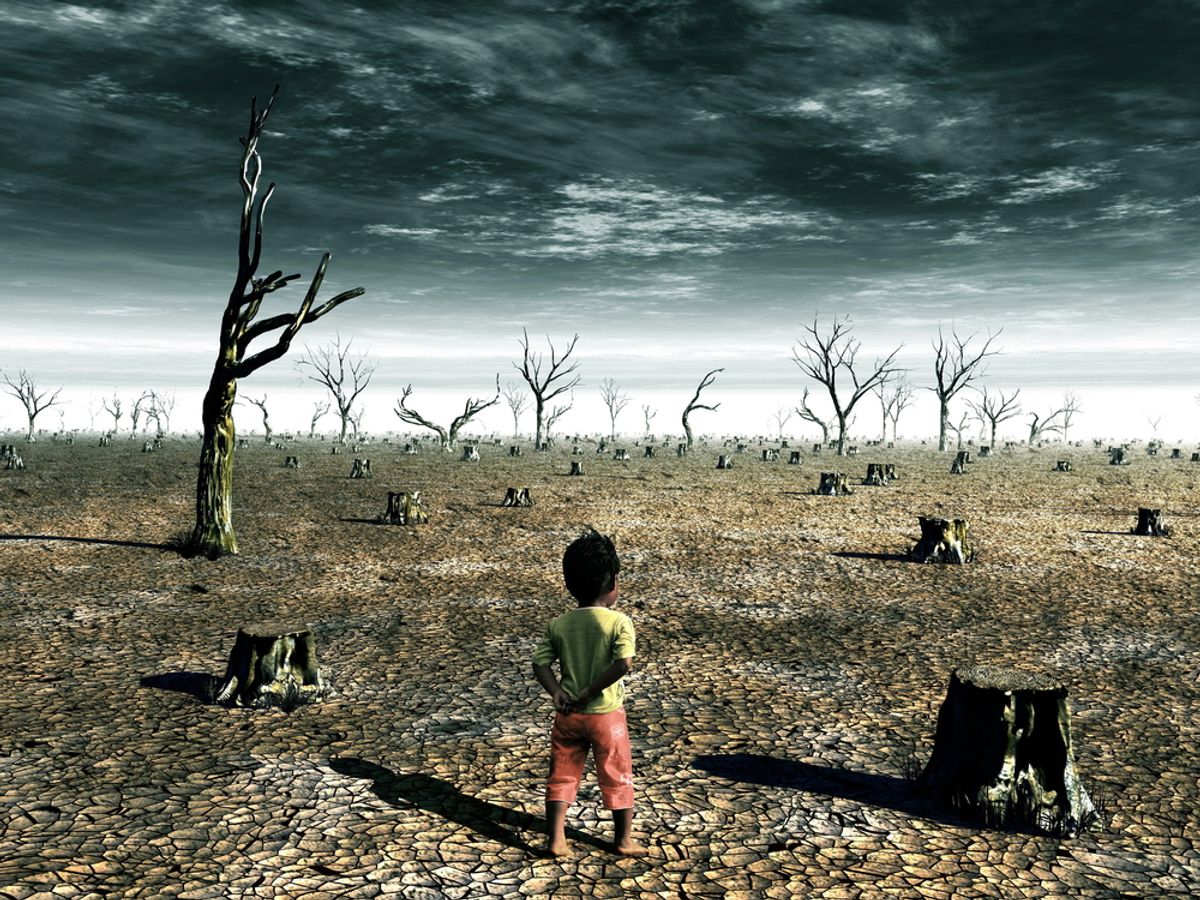 New research published by the National Bureau of Economic Research finds that there is a significant link between climate change and violence. The meta-analysis examined 55 previously conducted studies that addressed a range of violent incidents, "including both interpersonal conflict -- such as domestic violence, road rage, assault, murder, and rape — and intergroup conflict — including riots, ethnic violence, land invasions, gang violence, civil war and other forms of political instability, such as coups."

They found that changes in temperature, as well as changes in rainfall and drought, "systematically increase the risk of conflict, often substantially, with average effects that are highly statistically significant."

The effects are different for different parts of the globe. Stanford researcher Marshall Burke, one of the study's three co-authors, told Chris Mooney at the Washington Post that "for a degree Celsius of temperature increase (1.8 degrees Fahrenheit) ...  there could be a 20 percent increase in civil conflict in Africa." In the United States, meanwhile, every one degree Celsius increase in warming should bring "a one percent increase in interpersonal conflicts."...

Countries like Nigeria and Syria have been pointed to by experts as examples of violent conflict helped along by climate change. A 2011 report on Nigeria by the U.S. Institute for Peace explained how additional heat, reduced rainfall, and the resulting desertification damaged the Nigerian economy and placed added social and psychological stress on Nigerians themselves...

It is important to note the sharp distinction between causation and correlation in this study -- hotter temperatures do not explicitly cause more violence; rather, their presence increases the odds of there being more violence.

"Researchers in social psychology have studied the relationship between temperature and aggression for many decades," said Richard Larrick, the study's lead author, in an email to the Washington Post. "Research in the laboratory allowed for tightly controlled tests to show that changes in temperature directly lead to more aggression." The research has shown that "heat changes the way people feel and think, increasing anger and making thoughts of aggression increase."