The new KFC monstrosity will kill us all

NO BUN ALL MEAT 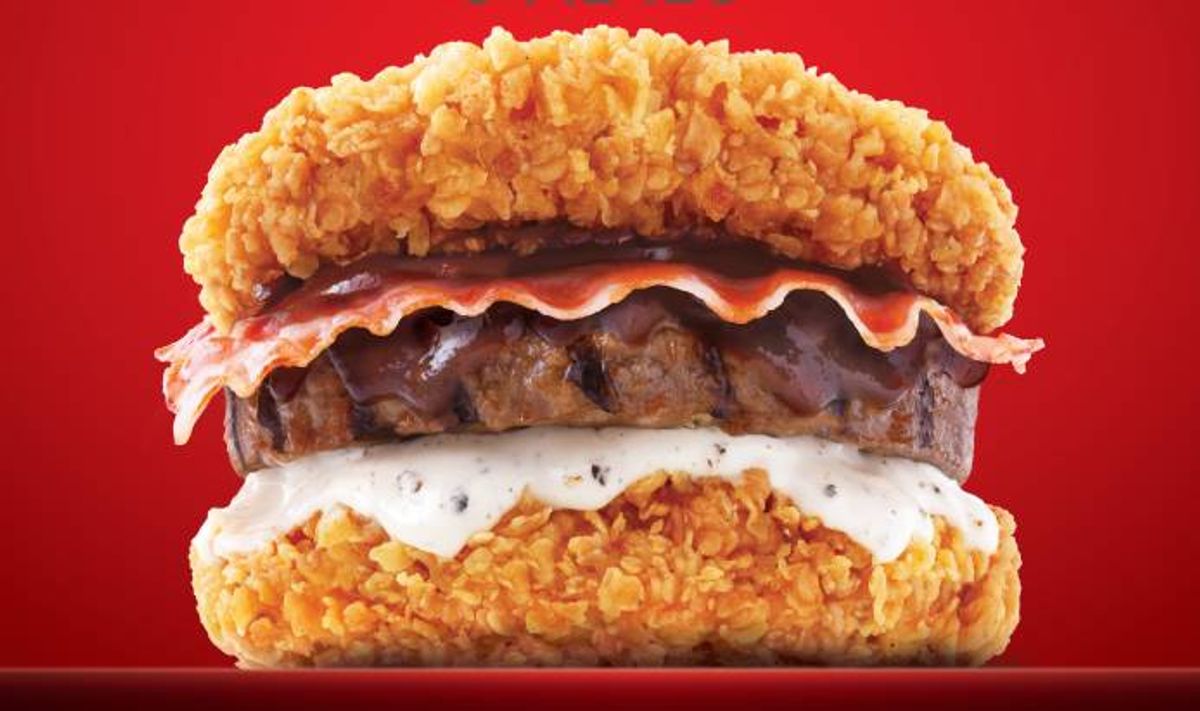 Last year, KFC released the Double Down to much fanfare, with 350,000 items being sold within the first ten days of its launch. The "sandwich" consisted of two pieces of fried chicken (the bread, if you will) with bacon and pepper jack cheese in the middle. It had 540 calories, 30 g of fat and 1,740 mg of sodium.

But that wasn't enough for the chicken chain, whose motto apparently is "We won't stop until all our customers have died of complications related to heart disease!" On Oct. 18th, the chain launched the ZINGER DOUBLE DOWN KING for its South Korea locations, which is just the same as the Double Down, except they've added a burger patty and some kind of white sauce.

It will cost you about 750 calories and about a year of your life expectancy.