After all the uproar over the pressure Hollywood puts on women, this feature was just what the culture needed 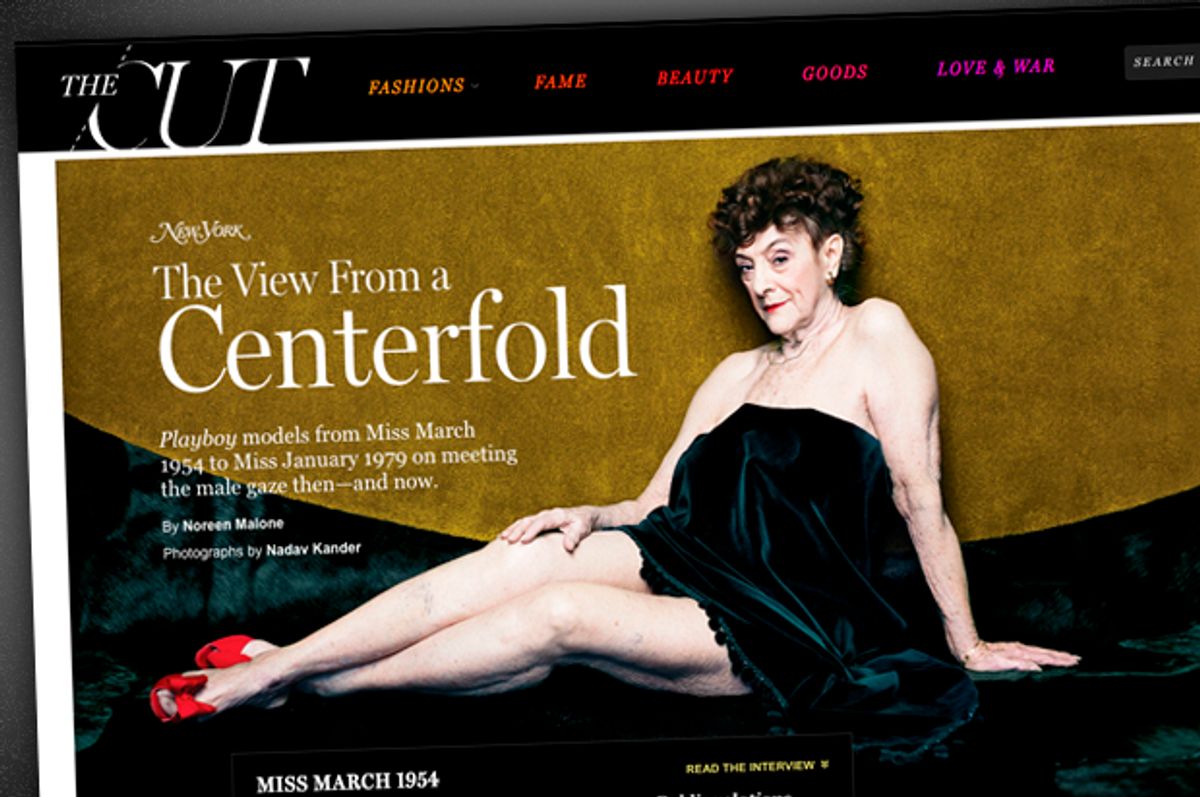 In a week filled with uproar over our impossible standards of female beauty, New York magazine’s “The View From a Centerfold” couldn't have come at a better time.

The spread consists of six former Playboy pin-ups, most of them now in their 60s. Maybe some have had work done, maybe some haven’t—it doesn’t matter, really. Needless to say we don’t usually, or ever, embrace women in their 60s for trying to look sexy. The collective audience practically booed Kim Novak off the Oscar stage last year for the crime of looking entirely unlike her younger self.

Here we see Miss June 1969, Helena Antonaccio, now age 65, sitting in a Russian split. Her abs, crazy tight. Her hands cover her pelvic area, a smile on her face, like, I got you. The oldest of the group at 82, Delores Del Monte—her name screams ‘50s pin up doesn’t it?—raises her eyebrow at the camera seductively, all of her wrinkles and sags and skin bubbles on display. I’ve heard women much younger than Dolores Del Monte complain about their thighs, embarrassed about their unforgiving muscle tone.

And this is why I’m so fascinated by this spread. We’ve been taught since the early days of Playboy, when Marilyn Monroe and her perfect hourglass figure stretched naked across a red satin sheet, that the centerfold, without question, is meant to be our heavenly female aspiration. Now Kim Kardashian may as well be our ideal of femininity, in that millions and millions of fans swoon every time she posts a photo of herself  on Instagram, lounging at the pool or pursing her lips at the mirror. There's something about the centerfold now that feels almost subversive in the insta-age: its artful, decisive sexiness, its refusal to feign casualness. We all know how unkind Hollywood is to the female body. And seeing these women posing sultrily is at this point just what the culture needs.