One Percent's politics of nothing: Why inequality is absent in these midterms

For all the money spent and all the attention paid, this year's midterms feel incredibly small. Here's why 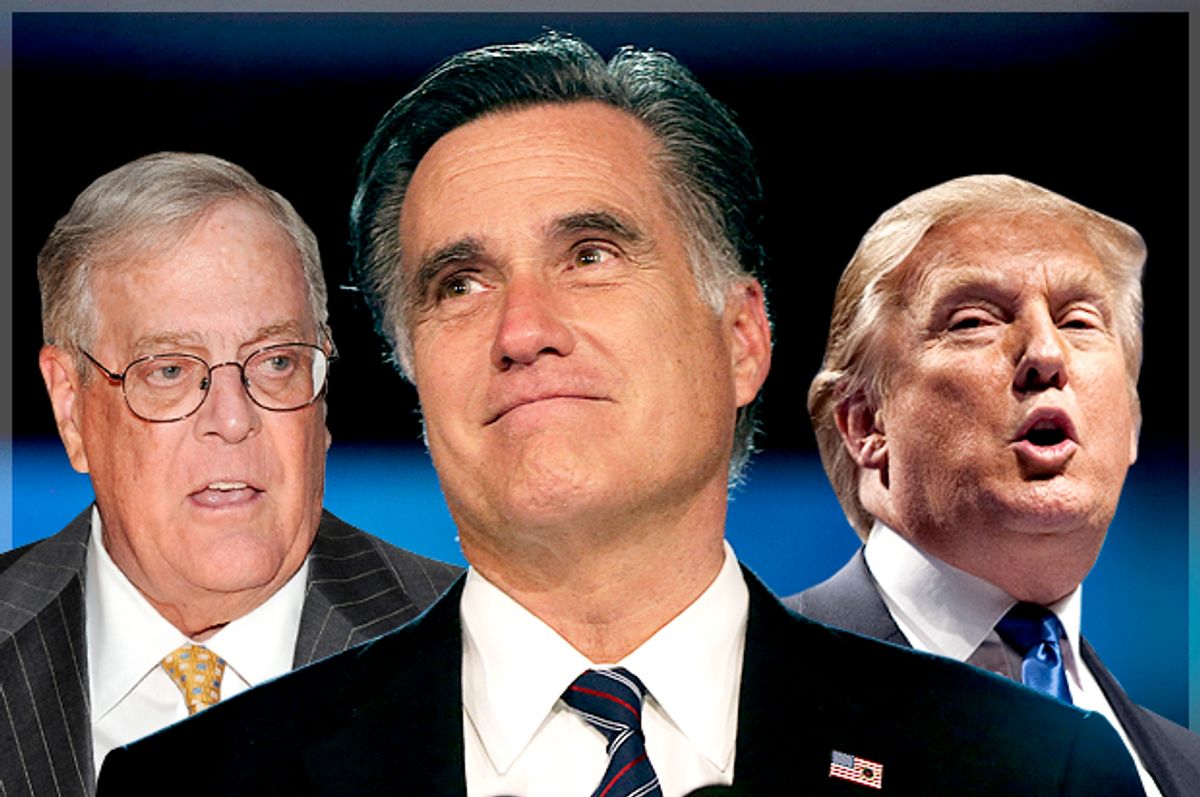 I’ll concede upfront that following the presidential election in 2012 was, in contrast to 2008, more of a forced march than a parade. But with election day happening so soon (for many, it's already happened), I’m struck by how much this year’s campaign looks to have been like a more political and way less funny version of “Seinfeld”: a mean-spirited, corporate-backed spectacle that is, ultimately, about nothing.*

Like millions of other people, I love “Seinfeld,” so please don’t interpret that analogy as being double-edged. When it comes to making great television, “Seinfeld’s” distinctive combination of self-conscious frivolity and impish misanthropy is brilliant; the big networks constantly try to recreate it for a reason. Having said that, television, like beanbag, ain’t politics; and when it comes to running a country, the petty cynicism that fueled JGER won’t be enough.

I had the nothingness of 2014 on my mind after reading Jonathan Alter’s latest column for the Daily Beast, the tl;dr version of which is: If the Democratic Party is to have even a small chance of holding on to the Senate, its candidates must stop talking so much about issues that matter to the women who increasingly make up the party’s base (like access to birth control or abortion) and focus instead, and with a single-minded discipline, on infrastructure spending, which Alter says is more likely to appeal to the voters Dems really need — male, working-class whites.

“Democratic candidates…have preferred to campaign on women’s health, radical right ‘personhood’ amendments, and the environment,” in 2014, Alter writes, before claiming that “these lines of attack are largely tapped out” since Dems have already released “tens of thousands of ads” on these topics. So how can Democrats use the decidedly unsexy issue of infrastructure spending to win those working-class white guys’ votes? They can do it, he writes, if they “pivot hard to jobs” and repeat the following mantra, custom-made for rapid bumperstickerization by Alter himself: “I want to rebuild America — my opponent doesn’t.”

Because I have a reflexive tendency to support any call to acknowledge the role class plays in American politics, I’m glad to see Alter’s piece (even if I question Alter’s electoral strategy, think he exaggerates Dems’ ability to coordinate messaging and regard his privileging of working-class white men a bit…problematic). But the piece itself isn’t as interesting, or as reflective of today’s politics of nothing, as the simple fact that Alter had reason to write it in the first place. As he notes in the article, economic issues consistently top voters’ problems lists; how can the midterm season lumber grimly forward for months on end with voters’ top issue getting only intermittent attention?

There’s no one single answer, but my guess is that, in ways both obvious and obscure, it all comes back to American society’s historic level of economic inequality.

To start with the most obvious and immediate way this dynamic is inequality’s fault: Hyper-wealthy donors, who are already the only people most politicians speak with and listen to, and who will only become more powerful as the post-Citizens United era continues, quite understandably don’t care so much about the economy. As far as they’re concerned the ongoing recovery from 2008, which as of 2012 saw 95 percent of its gains flow to the tippy-top, is doing just fine. In the present circumstances, any aspiring politician interested in focusing on economic justice will find her fundraisers sparsely attended, and her audience rather bored. A candidate more inclined to politick on social issues — reproductive rights, immigration, LGBTQ equality, etc. — is going to have a much easier time.

Another way inequality leads to nothing politics is by being so damned stubborn and self-sustaining. To understand why the economy remains so terrible for most Americans, all you really need to know is that wealth in America is highly concentrated, while politics in America is expensive as Hell. As long as that dynamic persists, any proposals to jumpstart the economy — like the president’s 2011 American Jobs Act bill, which Alter, unlike nearly everyone else in the country, still remembers and promotes — will die for the same reasons; the story will be the same. For most American journalists, the prospect of writing the same story all the time is not exactly tempting, especially when newer and more exotic stories, like Ebola or ISIS, are unfolding as well. And the fact that the people who actually fund American journalism are disproportionately wealthy, and consequently less interested in economic stories, certainly doesn’t help.

Unfortunately, the least apparent way inequality leads to a frivolous and disconnected politics is also the most insidious and the one that should worry believers in U.S. democracy most: The way our politics of nothing alienates Americans, leading them to either accept a system that ignores their primary interests or, worse still, disengage from it entirely. There’s never been a golden age when everything in the world seemed to be going all right, but I would argue we’re now in an especially volatile moment, one in which the consequences of the seismic changes to the global economy of the past 30-plus years are just starting to be truly widely felt and to create major problems for many of American society’s foundational institutions.

Put simply, this is a time when our social and political systems need to be reformed to accommodate the new normal of globalization and extreme inequalities of wealth. Giving up on the promise of true government of, by and for the people is always a bad idea; but it’s hard to think of a worse moment for what is supposed to be the world’s leading democracy to accept sclerosis and embrace the suck.

*After this essay was first published, Twitter informed me that I was not the only one to go for the Seinfeld analogy and linked me to this August piece by New York's Annie Lowrey. I had not previously seen Lowrey's article, but tip of the hat to her for being quicker on the draw.