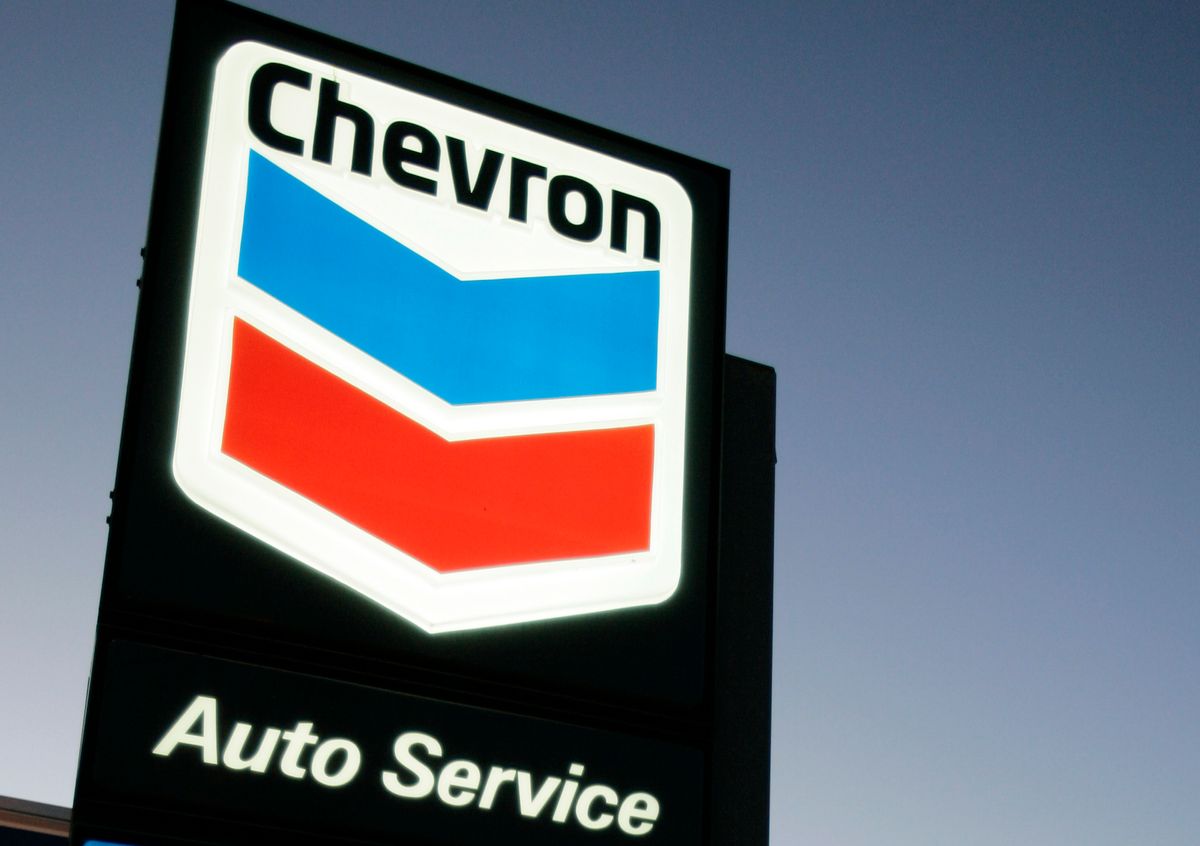 When the Citizens United decision came down in 2010, many feared the Supreme Court had unleashed vast and unfettered campaign contributions from corporations bent on tightening their hammerlock on government and politics.

That hasn’t happened as much as anticipated – yet. Individual billionaires and millionaires have dominated the scene instead. Perhaps it’s in part because some corporations dipping their toes into new modes of campaign funding have been rebuffed by hostile consumer and stockholder reaction: witness the backlash in 2010 when Target contributed $150,000 to a 501(c)(4) supporting anti-gay rights gubernatorial candidate Tom Emmer in Minnesota.

But other corporate giants seem to have no such qualms about negative public feedback. Chevron, for example. Based in California, the multinational energy company is the third largest producer of crude in the world and greedily grateful for ongoing, generous subsidies from Congress.

According to the Los Angeles Times, “In 2013, its revenue topped those of Warren Buffett’s Berkshire Hathaway Inc., Apple Inc. and General Motors Co., trailing only retailer Wal-Mart Stores Inc. and rival Exxon Mobil Corp… In August, Chevron reported $57.9 billion in revenue for the second quarter, which ended June 30.”

Yes, Chevron has money to burn – look at the millions and millions the company has spent fighting the $9.5 billion in damages they were ordered to pay by the Ecuadorian Supreme Court for pollution of part of the Amazon rainforest. That extravagance extends to electioneering as well, and not only to federal races but right down to a local city council election.

Chevron has made big contributions this campaign cycle to the National Republican Senatorial and Congressional Committees, US Senate Minority Leader Mitch McConnell and Texas Senator John Cornyn, Senate minority whip as well as an influential member of the Senate Finance Committee.

What’s more, the Center for Responsive Politics’ OpenSecrets.org reports thatChevron recently donated $1 million to the Congressional Leadership Fund, “a conservative super PAC with ties to Karl Rove’s dark money network in early July, a rare instance of a prominent publicly traded company taking advantage of the post-Citizens United rules on corporate involvement in politics. It’s not the first time Chevron has made such a donation — in the 2012 cycle, it gave $2.5 million to the same group…” At the time, the Public Campaign Action Fund noted, “The donation appears to be the largest from a publicly-traded corporation in the post-Citizens United era.”

In the midterms so far, OpenSecrets says “the super PAC has spent just $504,000 on ads, mounting attacks on three Democrats — particularly Rep. Pete Gallego (D-Texas). But CLF has already paid out close to $2.2 million to a media buying firm for ‘pre-payment’ of ads that have yet to run; that money almost certainly will be spent, it’s just a question of when and where.”

One other place we know that Chevron has targeted for its electoral cash largesse is the city of Richmond, California (population 107,571), site of one of the state’s two largest oil refineries – both owned by Chevron.

In August 2012, toxic smoke from a fire at the Richmond refinery (there had been other serious fires in 1989 and 1999) sent 15,000 residents to local hospitals seeking treatment, many of them for respiratory problems. A year later, Chevron paid $2 million in fines and restitution and pled no contest to six charges that included, the Associated Press reported, “failing to correct deficiencies in equipment and failing to require the use of certain equipment to protect employees from potential harm.”

Around the same time as the settlement, Richmond’s City Council decided to file its own suit, accusing Chevron of “a continuation of years of neglect, lax oversight and corporate indifference to necessary safety inspection and repairs.” Fourteen other incidents of toxic gas releases from the refinery since 1989 were cited in the filing.

Richmond Mayor Gayle McLaughlin told Democracy Now’s Amy Goodman, “We owe it to our community to totally ensure their safety and to bring forward and safeguard the rights of our community to live, play and work without the threat of injury because of Chevron and with the threat of Chevron bringing forward yet another incident… due to the lack of safety in their facilities. We really feel strongly. This is serious in Richmond, and we’re not backing down.”

On top of all this, Chevron has long sought approval of a billion-dollar modernization plan for its refinery but had to deal with pressure from local officials for additional air pollution restrictions and other safety requirements. This summer, the city council finally approved the plan when improvements were promised as well as $90 million in “community benefits.”

Presumably, Chevron, vexed by such governmental interference, decided enough was enough. Cue the campaign cash machine. Turn on the pumps.

Harriet Rowan, a first-year student at the University of California at Berkeley’s Graduate School of Journalism, is an intrepid reporter at the website Richmond Confidential, created by UC/Berkeley to train its journalism students and offer in-depth coverage of Richmond not provided by Bay Area mainstream media. On October 10, Rowan reported, “Chevron has funneled $3 million into a trio of campaign committees to influence the Nov. 4 Richmond city election, including a nearly $1.3 million contribution on Aug. 8, according to newly-filed campaign documents.”

The committees, each a variation of Chevron’s “Moving Forward” campaign, spent about $1.3 million on the Richmond mayoral and city council races as of the end of September, much of it on attack ads targeting local officials who are critical of Chevron’s massive local refinery.

“Moving Forward” describes itself as “a coalition of labor unions, small businesses, public safety and firefighters associations. Major funding by Chevron” – “Major,” as in 99.7 percent of the money, according to Harriet Rowan. Moving Forward was created after the 2012 fire to advance the oil company’s political interests in Richmond and this year has especially targeted for attack three city council candidates, including Gayle McLaughlin, who cannot run for re-election as mayor but is seeking a council seat.

The assault also has come from a Chevron-funded website called the Richmond Standard, described by Los Angeles Times columnist Michael Hiltzik as “purporting to be a news portal for residents of Richmond,” but in reality run by “an employee of Chevron’s PR firm named Mike Aldax.” What’s more, voters allegedly have been subjected to massive “push polling” – that is, telephoned attacks on candidates thinly disguised as opinion surveys. Author, activist and Richmond resident Steve Early writes that one such pollster told him — among other slurs posed as survey questions — that Gayle McLaughlin and fellow council candidate Eduardo Martinez were part of “a group of radicals out of touch with Richmond voters.”

The Los Angeles Times’ Hiltzik estimates that given the dollars being spread around, “Chevron is preparing to spend at least $33 for the vote of every resident of the city 18 or older.” He writes:

For a corporation to manipulate a municipal election on this scale should be illegal. Chevron may pose as a company enjoying its free speech rights, as secured through the Supreme Court’s 2010 Citizens United decision, but a pincer movement employing pantsfuls of money and misleading, manipulative “news” demonstrates the potential of a big company’s speech to drown out every other voice.

His words were echoed by independent US Senator Bernie Sanders of Vermont, who visited Richmond last week and said, “We are not living in a democracy when giant corporations like Chevron can buy local governments. That’s called oligarchy, not democracy. We have got to fight back.”

Meanwhile, second graders at Peres Elementary School in Richmond were delighted by the appearance of the Oakland A’s “loveable elephant” Stomper. Themascot arrived in a Chevron car, delivering iPads and other Apple products worth a little under a thousand dollars, courtesy of Chevron’s Fuel Your School program. “The kids were extremely excited,” their teacher said. “There was a lot of laughing.”

At least they can’t vote — yet.