Timeline for New York doctor who has Ebola 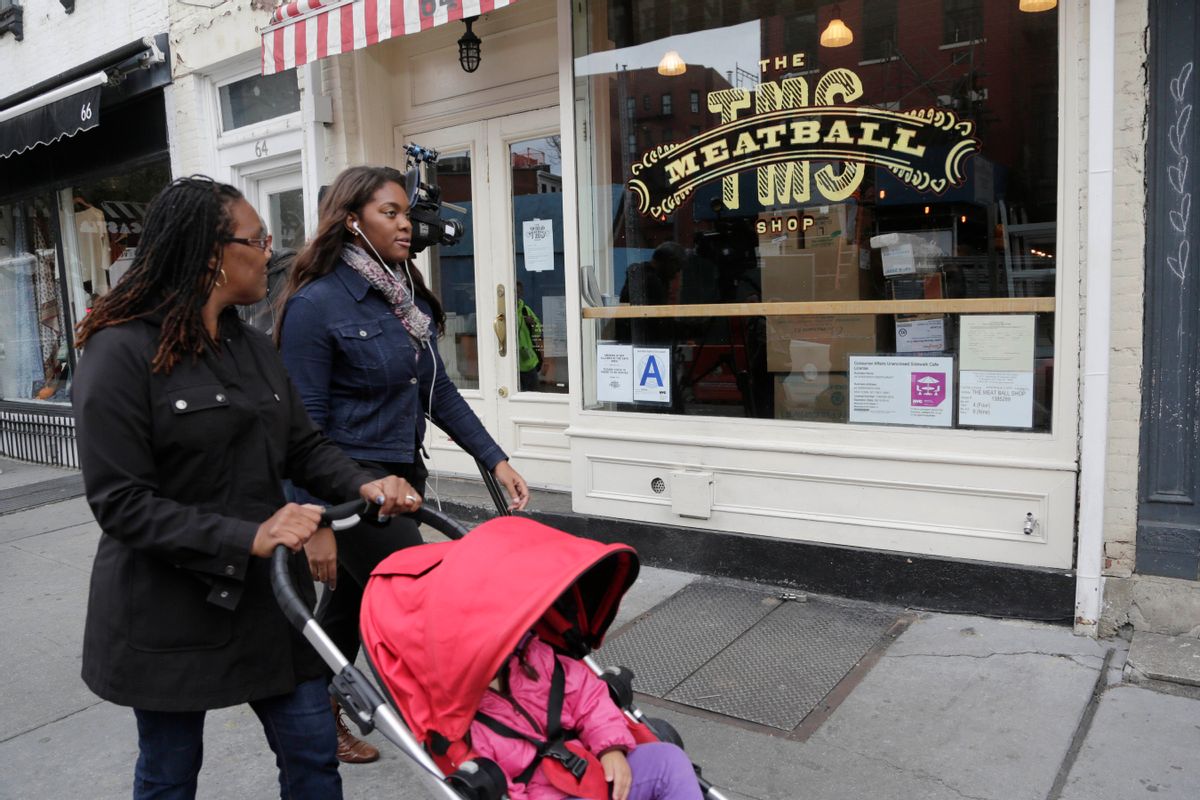 People walk past The Meatball Shop, Friday, Oct. 24, 2014, in the Greenwich Village neighborhood of New York. Dr. Craig Spencer, who has been diagnosed with Ebola, recently ate at the restaurant, which was temporarily closed Friday as a precaution. (AP Photo/Mark Lennihan) (AP)
--

NEW YORK (AP) — A look at the recent activities of Dr. Craig Spencer, a New York City physician who treated Ebola patients in West Africa and this week became the fourth person to test positive for the virus in the United States:

Oct. 12: Spencer has final contact with Ebola patients in Guinea, where he had been working with Doctors Without Borders.

Oct. 16: Spencer returns to Brussels and checks into a hotel.

Wednesday: Spencer takes a three-mile jog along Manhattan's Riverside Park. Later in the day, he takes the A and L subway trains to the Gutter bowling alley in Brooklyn. He takes a car service back home.

Thursday: Spencer feels feverish after 10 a.m. He and his fiancee call health authorities to notify them of his symptoms. EMTs in protective gear take Spencer to Bellevue Hospital in an ambulance surrounded by police cars. Centers for Disease Control and Prevention sends an Ebola team to New York. Spencer tests positive for Ebola. His fiancee and two friends are quarantined to prevent exposure to others.