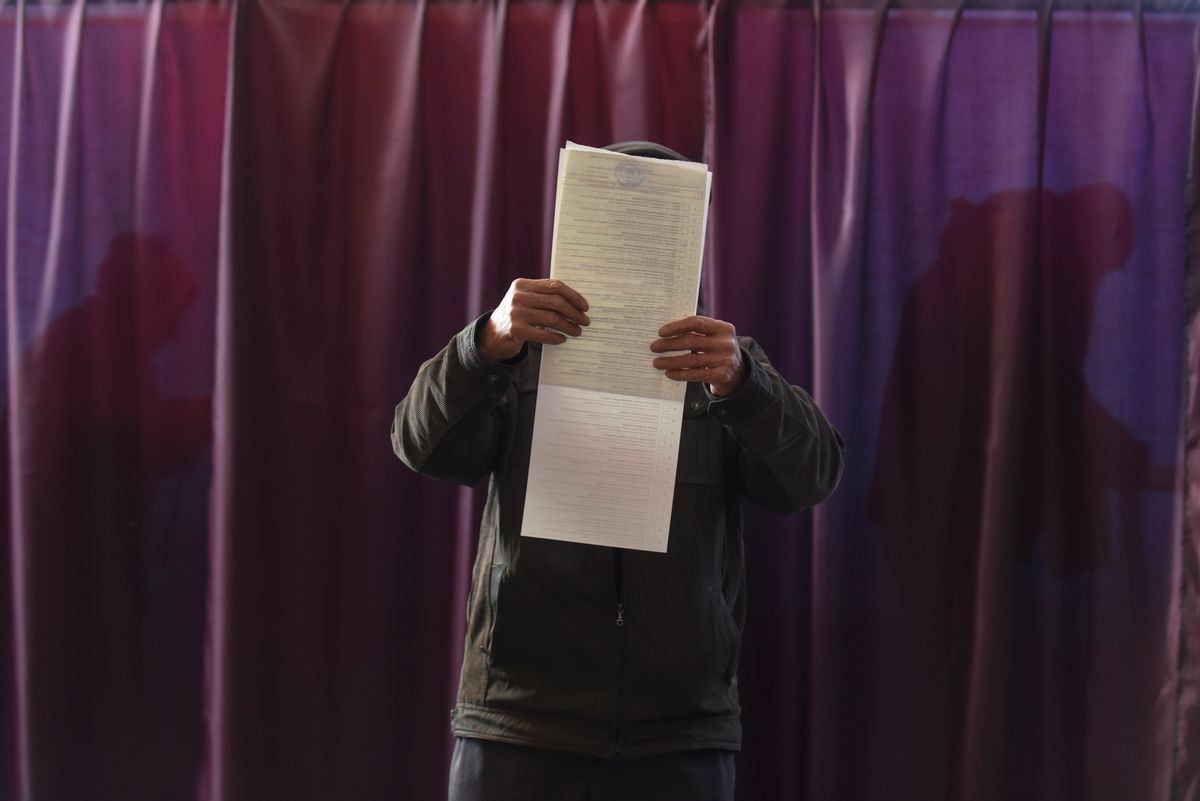 A man reads a ballot paper before casting his vote for the parliamentary elections at a polling station in Konstantinovka, Donetsk region, eastern Ukraine, Sunday, Oct. 26, 2014. Voters in Ukraine headed to the polls Sunday to elect a new parliament, overhauling a legislature tainted by its association with ousted President Viktor Yanukovych. (AP Photo/Evgeniy Maloletka) (AP)
--

1. HOW UKRAINE VOTES IN PARLIAMENTARY ELECTION

2. WHY TOP US EXPERT DISAGREES WITH EBOLA QUARANTINE

The director of the National Institute of Allergy and Infectious Diseases warns that the mandatory, 21-day quarantining of medical workers returning from West Africa is unnecessary and could discourage volunteers from traveling to the danger zone.

The companies are betting that governments and aid groups will foot the bill.

Two of the wounded students are in serious condition, while two are critical.

Because of the diplomatic stalemate between the U.S. and Cuba, American pathologists can't get matching dental records and DNA for migrants who die at sea.

7. WHAT SHAKES UP COLON CANCER SCREENING

Starting Monday, millions of people who have avoided colon cancer screening can get a new home test that's noninvasive and doesn't require the icky preparation.

8. WHO COULD HURT REPUBLICAN SENATE HOPES

Struggling governors in states including Georgia could affect the GOP's bid to gain six new Senate seats and take control.

The average nationwide cost for a gallon of regular has fallen to $3.08, a survey finds.

The actor's smiling face, in a variety of his most well-loved characters, adorns the big screen at AT&T Park before World Series Game 5.