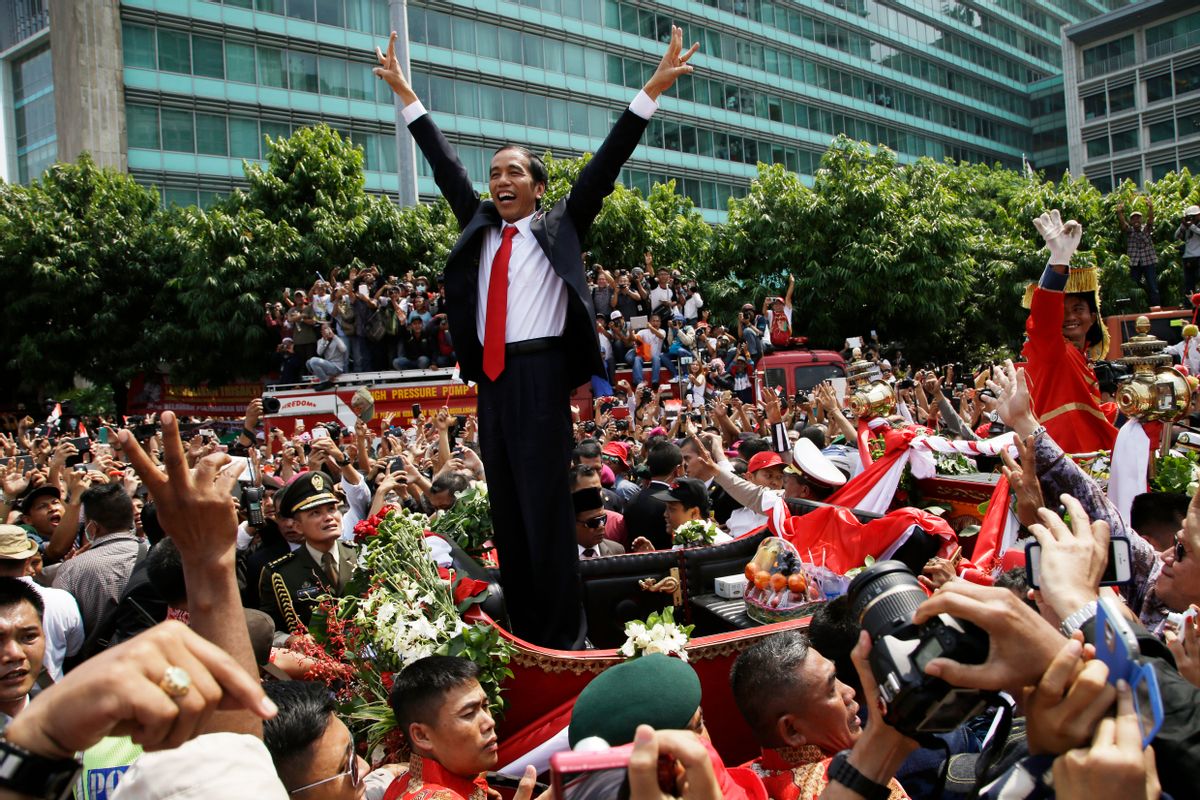 Tens of thousands of Indonesians thronged the streets to cheer Joko Widodo's inauguration as president of the sprawling nation of 250 million people. The 53-year-old, affectionately known as "Jokowi," has made a stunning journey from riverside bamboo shack to the nation's top office. The first Indonesian leader not to come from the country's rich and often corrupt political, business and military elite, he now faces daunting challenges on how to boost incomes and economic growth.

Pro-democracy protests in Hong Kong stretched into a fourth week, as student leaders pushing for a greater say in choosing the territory's chief executive met with government officials but agreed on little. In the city's Mong Kok district, taxi drivers and others fed up with the protests scuffled with activists and tried to remove barricades blocking off main roads.

Hindu devotees offered prayers after taking a holy dip in the Yamuna River during the auspicious Hindu month of Kartik in Allahabad, one of Hinduism's holiest spots.

Mourners gathered to remember a slain transgender Filipino, Jeffrey "Jennifer" Laude. An American Marine has been detained as a suspect in the slaying.

China launched an experimental spacecraft last week that aims to fly around the moon and back to Earth in preparation for the country's first unmanned return trip to the lunar surface, scheduled for 2017.