The New Jersey governor has finally freed his Ebola prisoner. It's astonishing that it even came to that 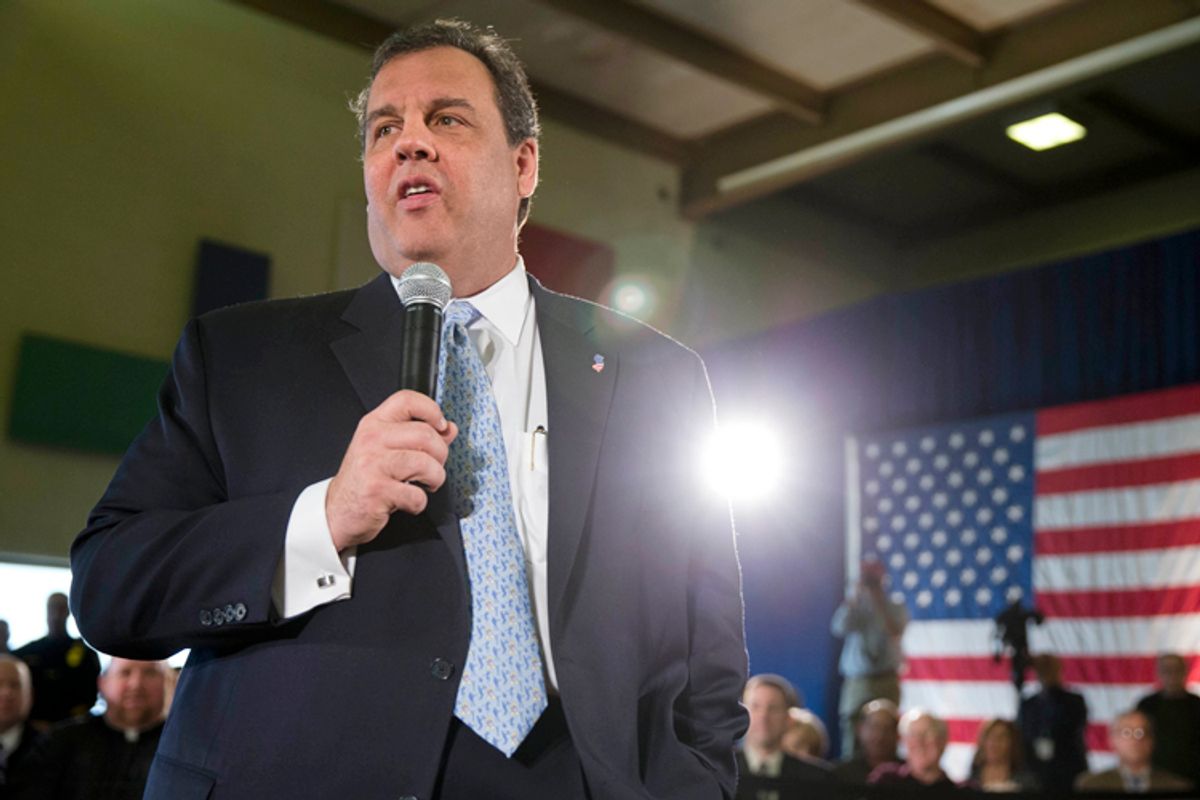 It was this weekend, 10 days or so before "votin' time," when Ebola hysteria and electoral politics finally converged hard enough to deprive someone of their liberty. If I'd been drawing up the over/under, I would have put this moment at about 20 days before the election. So at least there's that. At least we, a nation mighty and spastic altogether, can be proud that it took slightly longer than estimated for this toxic combination to distill into shrieking authoritarianism.

On Friday, New York Gov. Andrew Cuomo, who's up for (an easy) reelection this year and may run for president, and New Jersey Gov. Chris Christie, who's busying himself down the stretch as head of the Republican Governors Association and will run for president, decided it would be wise to quarantine health workers returning from West Africa for several weeks.

A real tuff-guy play, and one that would soon thereafter be copied in Illinois and Florida, two states whose governors are mired in tight reelection races. What better way to prove your "leadership" skills than by ignoring the pansy experts' advice and simply throwing health professionals into the hole for a few weeks? Unlike the incompetent elites who comprise the Obama-medical complex, these guvs have the stones to do what it takes and abridge liberty, which only causes problems and is overrated anyway.

What does this blend of overwrought hysteria and political response look like? Ask Kaci Hickox, the brave nurse who returned from Sierra Leone only to find herself held prisoner in Gitmo-on-the-Hudson. Christie said she showed clear signs of illness; she did not. Which is inconvenient when you're determined to hold someone prisoner to demonstrate your leadership ability to a panicked public. They threw her out back in an unheated, showerless tent behind a hospital in Newark anyway, intending to keep her there for some time. Don't you just love that? All right, fellas, throw her out back in the tent. Give her a paper bag or something to wear. Nothing too fancy, now. Give her a couple sticks to rub together if she so craves her beloved heat.

Both Christie and Cuomo have since amended their initial mandatory quarantine guidelines. The prisoners will now be allowed to finish their sentences at their homes. Christie says that he hopes to ship Hickox back to her home in Maine at some point today, where she and her lack of Ebola can be Maine's problem. (Who's the governor up there in a tight reelection race? Paul LePage?  We'll see how Paul LePage responds to this. He seems like the exact sort of guy who would arbitrarily imprison nurses, or really anyone for that matter. But. We'll see.)

It's doubtful that the mess will hurt Christie politically. It was more likely the threat of a lawsuit that caused him to liberate his prisoner than the political unpopularity of the captivity. That other governors followed suit and instituted mandatory quarantine policies shows the appeal of such draconian measures. What do you expect when the public has been told to expect mass death from a virus (that's currently being carried by one confirmed person out of 300-something million)? We're now in a political environment where one can expect rewards for having the "strength" to go directly against the advice of the medical establishment, which for strange electoral reasons has been labeled "incompetent" despite doing an extraordinary job keeping the virus contained.

No, this is going to work out all right for Christie. He gets to avoid the prolonged agony of a lawsuit and get himself out of the news. More important, he can jaw rightward about how Obama and the damn medical bureaucrats forced him to stop taking the bold measures that needed to be taken. As Steve M. at No More Mister Nice Blog, writes, "Cue new right-wing message: Christie bullied into endangering public by open-borders liberals."

This election season needs to end, pronto. It was "fine" when it was just candidates spouting demagogic idiocy in debates, on the campaign trail, in television ads. But now we have our first evidence that taking prisoners, real-life tangible human beings, is an acceptable form of pandering to hysteria. Hopefully we can make it through another eight days without a public hanging.