A month before the start of summer, the country's already sweltering 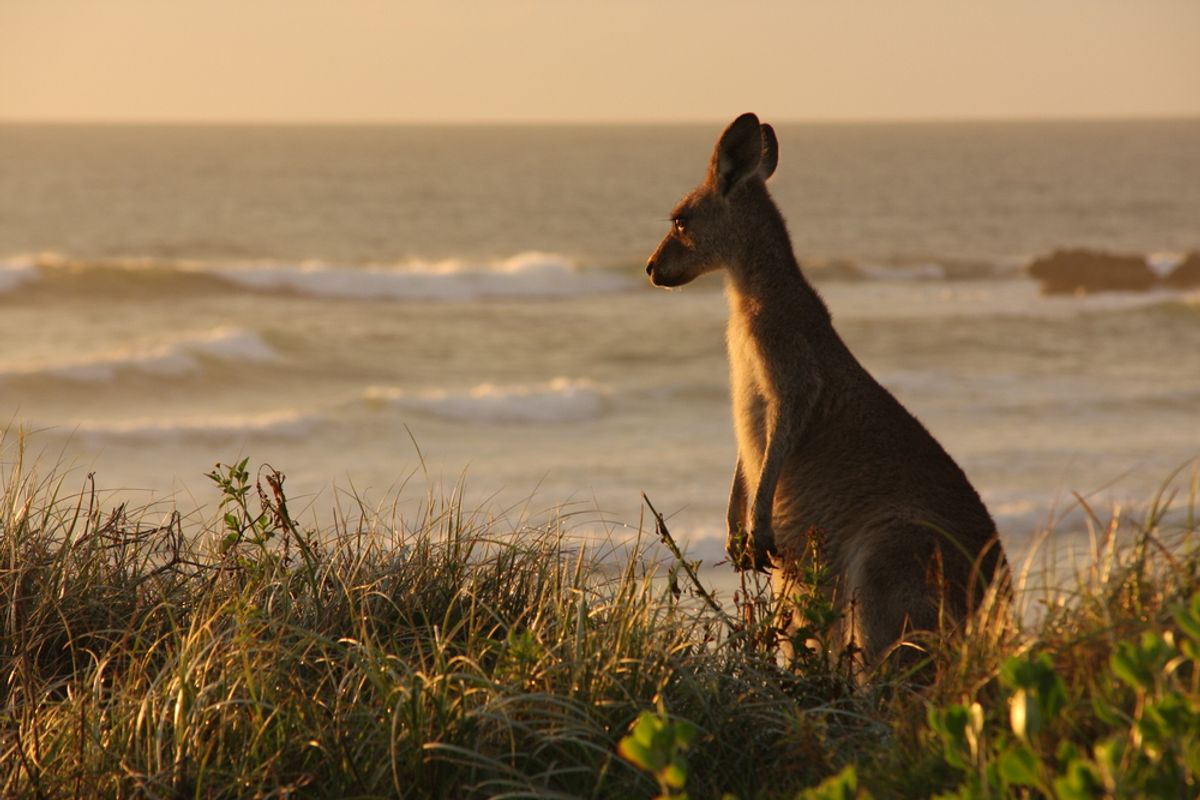 In this time of increasingly scientific understanding and public awareness and advocacy surrounding man-made climate change, it's a hard thing indeed to ignore the reality of the situation. It's even harder when your policy of dismissing climate concerns and actively rolling back climate policies keeps getting undermined by extreme, record-breaking heat waves.

Australia's first major heat wave of the not-quite-yet summer is unusual in both temperature highs and duration, the Sydney Morning Herald reports. The country's hottest-ever October day, coming a month before the official start of summer, saw average maximum temperatures of 36.39 Celsius (97.5 degrees Fahrenheit) -- a record unmatched since record-keeping began in 1910. That was Saturday; Sunday, according to early estimates, was almost as hot.

Heat waves "are all occurring generally about a week early and the extent is longer than observed before," said a spokesperson at Australia's Bureau of Meteorology, echoing experts' belief that climate change is causing Australian summers to start earlier and last longer, with the hottest days peaking to new highs. Those beliefs certainly bore out last summer, its hottest on record, which saw ongoing heat waves and temperatures creeping as high as 122 degrees Fahrenheit.

The extreme heat was most likely a direct consequence of climate change, five separate teams of researchers, using distinct methods, all confirmed in what the New York Times called "perhaps the most definitive statement climate scientists have made tying a specific weather event to global warming."

Prime Minister Tony Abbott, meanwhile, completely denies the reality of climate change. What's more, he's on a mission to derail global climate efforts, despite protests from Australian citizens who'd presumably prefer not to melt -- or who, perhaps, are concerned about the dismal prospects for the Great Barrier Reef, the country's most iconic victim of greenhouse gas emissions.

That Australia's already experiencing extreme heat suggests the country may be looking at its new normal. Forecasters can't know ahead of time whether summer 2014 will squash 2013's records, and it will be longer still until scientists can evaluate the connection to climate change. And Australia, one of the world’s largest polluters on a per-capita basis, would basically have to go from negative action to heroic measures to make summers more bearable in the near future. But the worse things get, the harder it's going to be to pretend that doing so isn't worth the effort.