Georgia Republican David Perdue doesn't seem to think 2,100 people is too many to discriminate against 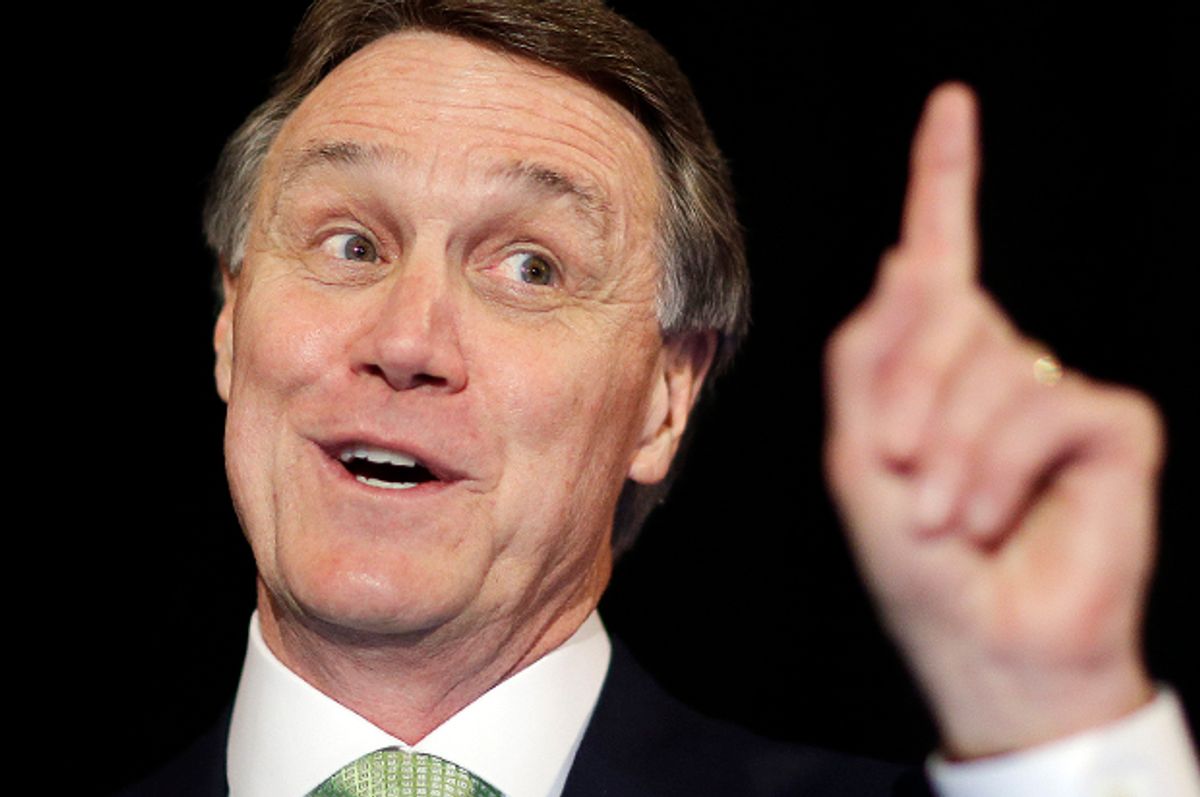 Georgia Republican Senate hopeful David Perdue has been having a hard time with female voters in his race against Democrat Michelle Nunn, and it doesn't seem as if his recent debate performance is going to help him much. During a face-off with Nunn on Sunday, the debate moderator asked Perdue to respond to a series of ads about his time as the CEO of discount chain Dollar General, which was slammed with a massive pay discrimination lawsuit shortly after he stepped down. The suit alleged the discrimination took place while Perdue was in charge of the company, a point the candidate attempted to deflect during the debate.

"It seems to me that if you look at Dollar General as an example, there was no wrongdoing there," Perdue said. "That lawsuit, or that claim, or that complaint was settled five years after I left ... And it was less than 2,000 people. We had upwards of 70,000 employees in that company."

"2,000 women -- that actually seems like quite a lot to  me," Nunn replied. "And federal investigators -- this is public knowledge -- found that that [the discrimination allegation] was true."

As Mother Jones reports, the actual number of women involved in the suit was higher:

An annual report Dollar General submitted to the Securities and Exchange Commission puts the actual number of female managers in that class action at 2,100. As Mother Jones reported in May, the women had been paid less than their male peers between the dates of November 30, 2004 and November 30, 2007 -- almost exactly the dates that Perdue was CEO (from April 2003 to summer 2007.) The class action began in late 2007, and Dollar General settled the lawsuit for $18.75 million without admitting to discrimination.

In addition to being charged with overseeing discriminatory policies at Dollar General, Perdue has also been criticized for his previous employment at Pillowtex, in North Carolina, which saw the state's biggest single day job loss when it closed several months after his departure. Perdue reportedly received $1.7 million in compensation while nearly 8,000 people lost their jobs nationwide.

Watch a segment from Perdue and Nunn's exchange below: