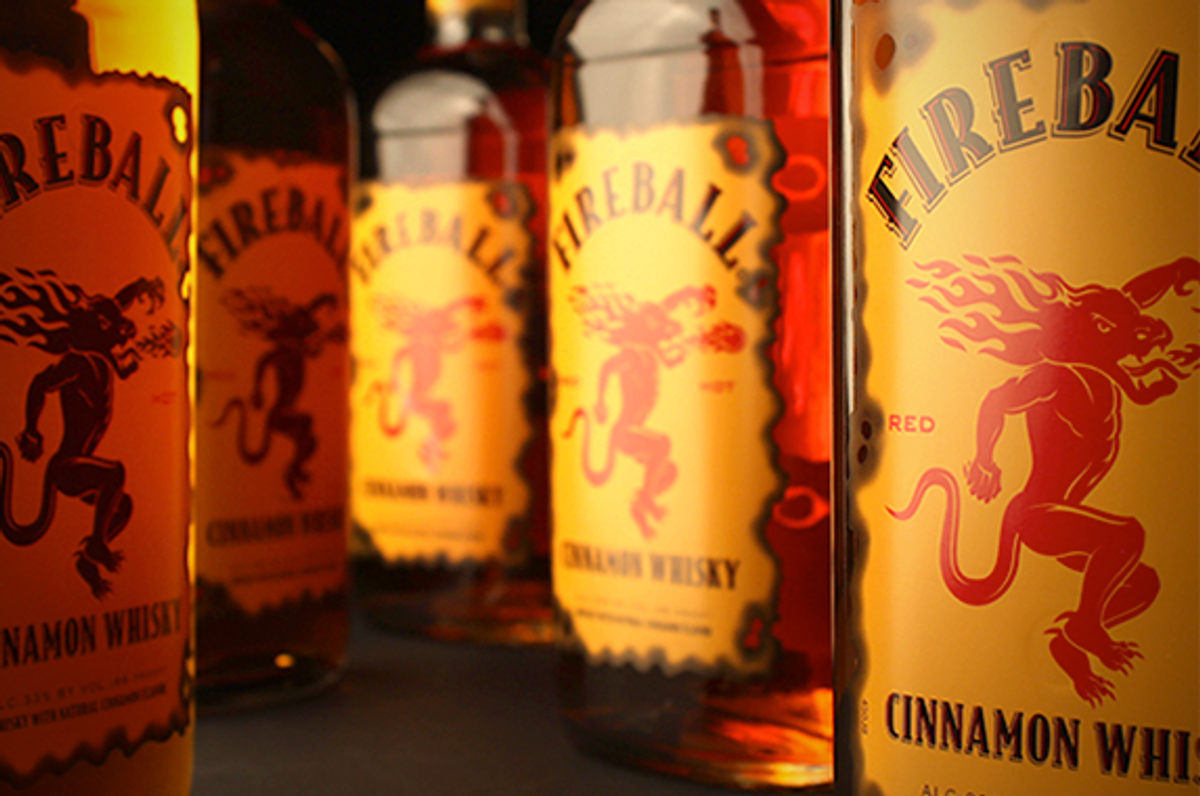 Fireball, the wildly popular cinnamon-flavored whiskey, is apparently too intense for Europe. Bottlers in Finland, Sweden and Norway are recalling the 66-proof beverage over the presence of propylene glycol, an antifreeze chemical.

It may come as a shock that Fireball contains substances that may not be good for you (although it really shouldn't -- this is alcohol we're talking about), but it was never a secret. It's just that Europe has much, much higher standards for propylene glycol use than the rest of us. According to the Daily Beast, Fireball was already brewing two separate batches of the whiskey: one for the U.S. and Canada, and one for Europe, the latter of which contained much smaller amount of the chemical. The recalls occurred when European bottlers realized that they had actually been receiving the North American formula, which contained the chemical in an amount that exceeds the European Union’s tighter standards.

“It appears that we shipped our North American formula to Europe and found that one ingredient is out of compliance with European regulations,” a Fireball spokeswoman explained. “Finland, Sweden and Norway have asked to recall those specific batches which is what we are doing.”

In the U.S., the Food and Drug Administration classifies propylene glycol as "generally recognized as safe" up to levels about eight times that found in Fireball. So Americans don't have to worry about any sort of recall. Whether that's a good thing is another debate entirely.

The company's stance, for what it's worth, is that there are “no health risks” and that “all Fireball formulas are absolutely safe to drink.” In moderation, of course.