Gamergate is full of men who have no real interest in the video game community. Their only cause is anti-feminism 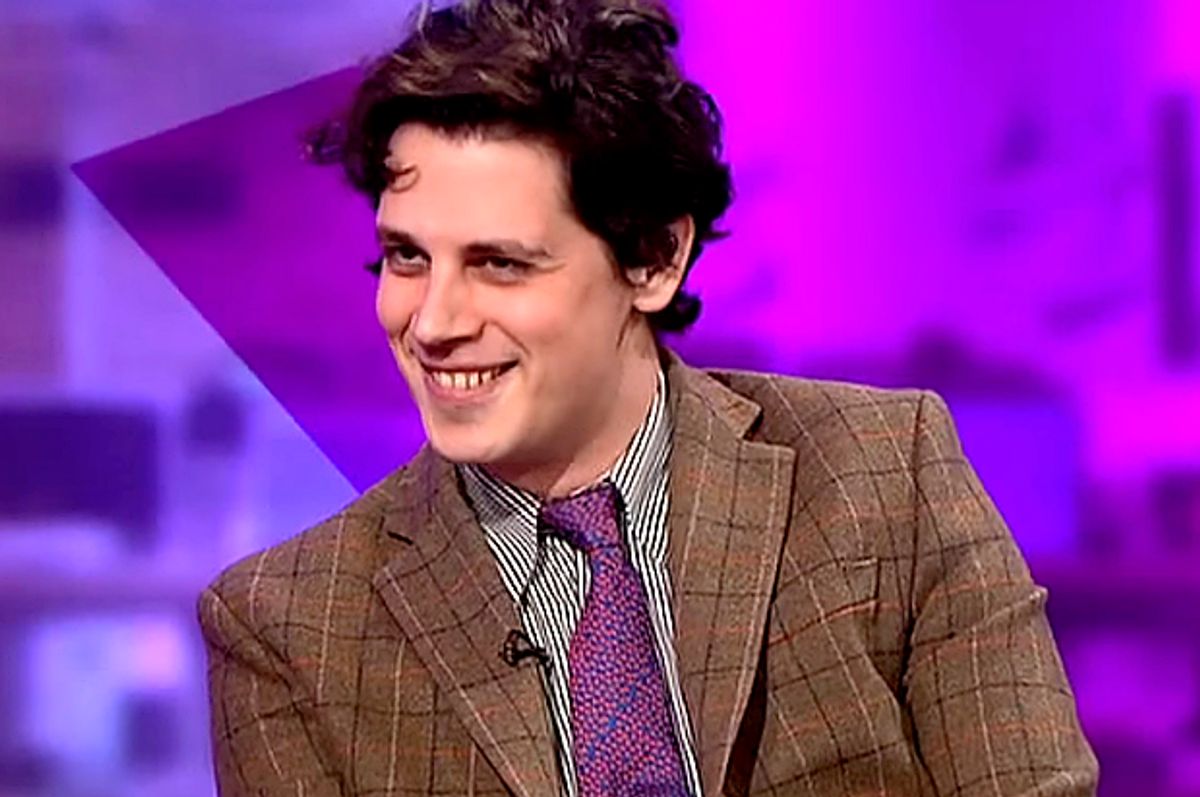 A recurring theme of the Gamergate movement is that it's not about harassment or misogyny, and that the harassers are a minor fringe in the movement, or even false flag conspiracies by anti-Gamergate trolls.

As I wrote last month, there is a serious ethics problem in video game journalism and the industry does need reforms. The latest example of this is the paid branding for the popular "Lord of the Rings" game "Shadow of Mordor," where the publisher only allowed YouTubers who offered praise for the game to receive early review copies. Giving small-ball independent reviewers free copies of a $60 game if they offered it praise seems like a very clear and serious case of corruption.

But there were no organized boycotts or campaigns against the game's producers, Monolith Productions and Warner Bros. Interactive Entertainment. The scandal came and went. One YouTube gamer made a satirical video trying to highlight the issue. As of this writing, it has 79 views.

Which highlights a core problem with the movement: When a legitimate corruption scandal not involving women, or feminism, or any real misogynist angle arises, it's more or less ignored. It seems to be deemed not exciting enough to raise Gamergate's hackles.

It's hardly a surprise, then, that the movement has anointed some highly suspect heroes: far-right anti-feminist writers like the American Enterprise Institute's Christina Hoff Sommers and Breitbart's Milo Yiannopoulos. Neither has any real history with video games or deep understanding of the issues that the industry and its journalists face, but both have a very real history of taking the side against wherever the feminist movement happens to be.

Yiannopoulos is a particularly interesting case. Last year, he wrote a column titled “Am I Too Old for Video Games?” In it, he engaged in the sort of ad hominem attacks on gamers that feminist critics like Anita Sarkeesian have never made. Here's a snippet:

I understand why young people might get the odd thrill from beating up a bad guy, or catching a glimpse of a nipple or two. But there’s something a bit tragic, isn’t there, about men in their thirties hunched over a controller whacking a helmeted extraterrestrial? I’m in my late twenties, and even I find it sad. And yet there are so many of them – enough to support a multi-billion dollar video games industry. That’s an awful lot of unemployed saddos living in their parents’ basements.

He doesn't exactly seem like a guy who would be standing up for gamers' consumer rights or ethics in video game journalism, does he? But that was hardly his only offense. Here he is in May of this year saying that video games “attract damaged people.” He made a link between the Isla Vista, California, sexist killer Elliot Rodger and violent video games (an anti-feminist writer would want to blame toys over violent sexist ideology for that one). Last February, he tweeted that there are “few things ... more embarrassing than grown men getting over-excited about video games.” He appeared on Voice of Russia to talk about the dangers of video game addiction, as well as BBC's "Have Your Say" to talk about violent video games.

By any consideration, Milo Yiannopoulos is exactly the kind of man you'd expect Gamergate to be against: someone who thinks gamers are losers and that video games make you violent sociopathic killers.

Yet Yiannopoulos has worked hard to baptize himself, to become a born-again gamer so that he can carry over his culture-war-mongering writing – he has recent columns slamming Malala Yousafzai, Beyoncé and Emma Watson – into this latest bit of click bait.

It started with a column called “Feminist Bullies Tearing the Video Game Industry Apart,” where he wrote:

It's easy to mock video gamers as dorky loners in yellowing underpants. Indeed, in previous columns, I've done it myself. Occasionally at length. But, the more you learn about the latest scandal in the games industry, the more you start to sympathise with the frustrated male stereotype. Because an army of sociopathic feminist programmers and campaigners, abetted by achingly politically correct American tech bloggers, are terrorising the entire community – lying, bullying and manipulating their way around the internet for profit and attention.

In other words, he seemed to be saying: Yes, I once thought gamers were losers. But now I hate feminists more. And so with each breathless column Yiannopoulos wrote, gamergaters cheered on his missiles against the feminist bullies supposedly taking over gaming. When confronted with his past, by me and by progressive journalists Matt Binder and Jesse Singal, gamergaters were quick to forgive him.

One gamergater told me I was just “repeating old arguments.” He has “straight up apologized,” rationalized another. Milo himself tweeted earlier this week that “I know this is deeply shocking, but people's opinions change. I play games myself now. End of story.”

It is pretty convenient that he would change his mind from blaming gamers for mass murder in May to deeming them an oppressed underclass in September, but simply attaching himself to Gamergate and writing column after column slamming feminists and the “terrified liberal media” and its supposed campaign against video games seemed to have steeled his reputation with the crowd.

Yiannopoulos continues to milk the anti-feminist crusade of Gamergate for all it's worth – even NPR invited him on to talk about Gamergate.

Although his supposed conversion on the topic of video gaming has earned Yiannopoulos a whole new fan base, it may have damaged the cause of Gamergate as a whole. If this guy can be a hero of Gamergate, maybe the movement isn't about ethics or even video games at all. And if a moderator of the popular Reddit Gamergate sub KotakuInAction is also a moderator for a rape fantasy subreddit, maybe the movement isn't about supporting women in gaming. When Davis Aurini, who raised more than $9,000 to make an anti-Anita Sarkeesian documentary, also happens to make videos saying “women in our culture have become the most decadent sluts since the fall of Rome,” maybe the movement isn't really doing so much to reject misogyny.

I disagreed with the slew of articles, which spawned so much Gamergate vitriol, arguing that gamers are dead or over. Gaming as a hobby is huge, and it's more diverse than ever, and that's a great thing. But #Gamergate the movement, now taken over by far-right activists, anti-feminists and outright creeps, is dead. No gamer anywhere is being helped by associating video games with the far right's culture war, and men like Yiannopoulos know that. Gamergate, you've been used.