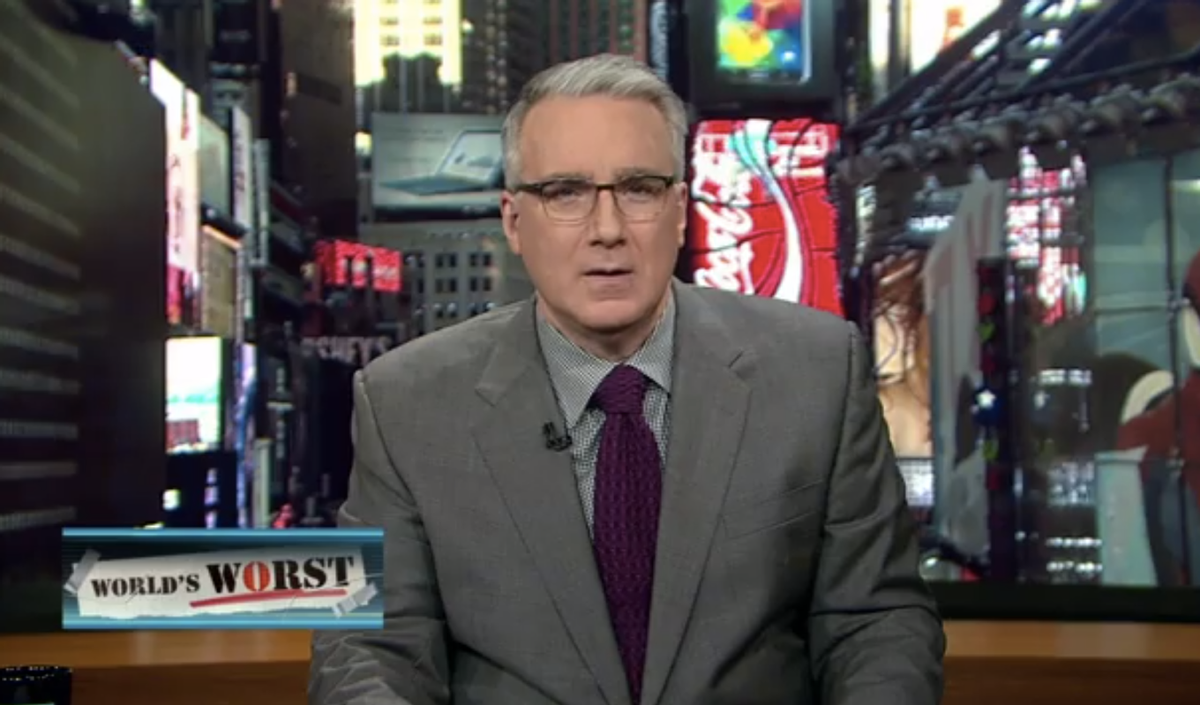 Some sick people have been dressing up as Ray and Janay Rice for Halloween (and as Adrian Peterson), because they seem to think that physical violence is funny. I am not the only person who has a problem with this. On Monday, ESPN2 host Keith Olbermann ripped into partygoers who decided to wear "violent, racist" costumes this year, labeling them the "world's worst persons" for laughing in the face of domestic violence -- and for engaging in a history of racism and discrimination, if they did so in blackface.

"Yes, blackface," Olbermann said. "The symbol of laughing at and marginalizing African-Americans in this country since about 1800. ... Of course, just when you think you've seen it all, there's always one more circle of hell to visit."

Olbermann brought up several Instagram images of people donning blackface and Ray Rice jerseys, as well as the occasional black eye for women dressed as his wife. He then highlighted comments from Janay Rice herself, to remind the "morons" who made light of her pain that she could, um, see the pictures they posted.

"You [the morons] never thought about dressing up and proudly posting your insults that they could ever get back to the victim herself," Olbermann concluded. "Great. Next year, why not go as Nicole Brown Simpson?"