Researchers: Not even a global pandemic can solve our overpopulation problem

Efforts to curb population growth have no chance of working, a new study finds. So what's left? 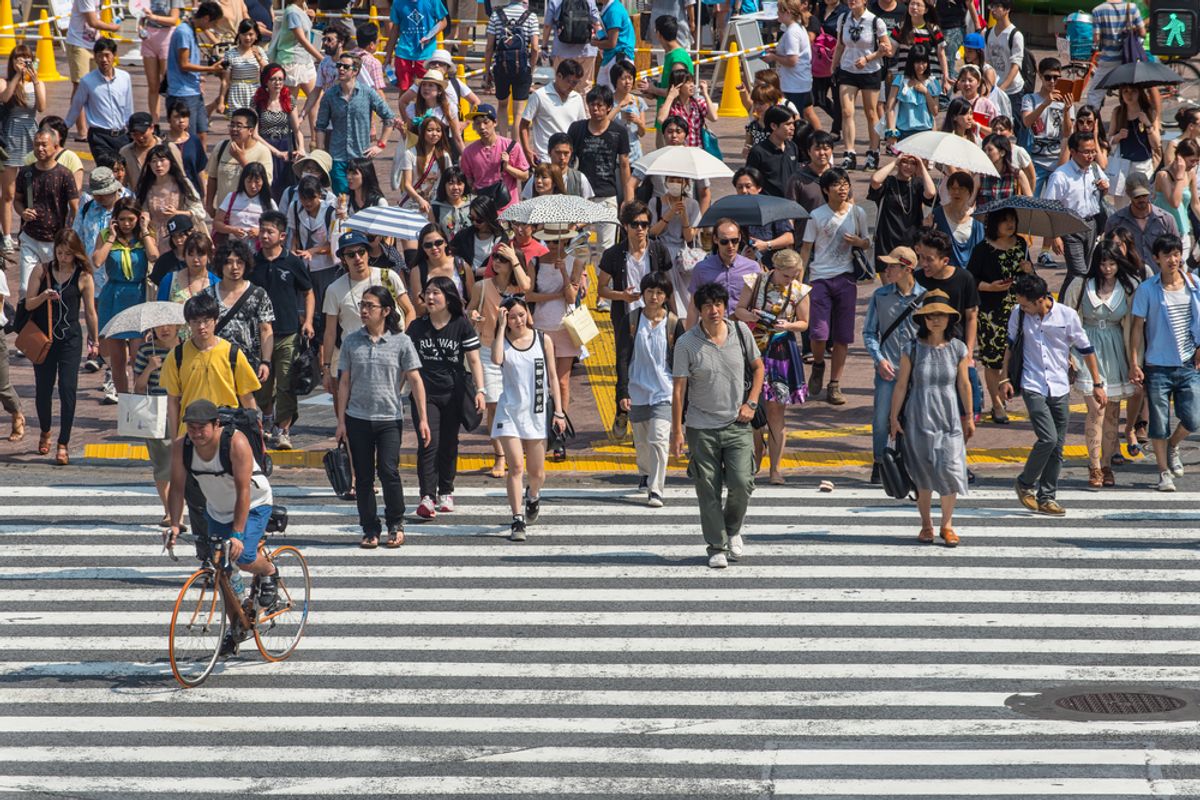 Here's a statistic that, that, no matter how you try to wrap your mind around it, continues to defy belief: of all the human beings that have ever existed, an estimated 14 percent are alive right now.

Yep, there are a lot of us. Too many of us, plenty have argued. And according to researchers at the University of Adelaide in Australia, we're not going anywhere.

In a new study, published in the journal Proceedings of the National Academy of Sciences, the researchers plugged population data from the World Health Organization and the U.S. Census Bureau into a computer model, and then subjected it to all sorts of potential population-reducing scenarios. What they found is far from encouraging. Empowering women and giving them full reproductive freedom, while a worthy goal on its own, isn't going to cut it. Hell, a global pandemic probably wouldn't be enough to cut our population down to a sustainable size.

The researchers predict that there'll be 10.4 billion of us by 2100 -- a slightly more optimistic take than another recent study that sees our numbers soaring as high as 11 billion by century's end. It's a number that, according to their models, is essentially catastrophe-proof. That's problematic, because it suggests that population growth -- which further threatens an already strained planet while exacerbating climate change -- may be an unsolvable problem, and it lead to the researchers' saying things like this: “We were surprised that a five-year WWIII scenario, mimicking the same proportion of people killed in the first and second world wars combined, barely registered a blip on the human population trajectory this century.”

"No matter what levers you pull, we have such a huge demographic momentum, there’s no way we can rein in the human population fast enough to address sustainability issues in the next century," lead author Corey Bradshaw told the Washington Post's Chris Mooney.

In other words, that ship has sailed. But the authors put a decidedly optimistic spin on that news: it means, they argue, that population growth can no longer be held up as an excuse for inaction when it comes to climate policy and sustainability (population size, the old argument goes, is the "elephant in the room" that presupposes any meaningful action). And it means that we don't have to go about instituting a worldwide one-child policy (assuming that'd even be possible) or simply people who care about the planet feel guilty about their simultaneous desire to procreate. After all, while "there are clearly many environmental and societal benefits to ongoing fertility reduction in the human population," the authors write, "here we show that it is a solution long in the making from which our great-great-great-great grandchildren might ultimately benefit, rather than the people living today." Good luck getting that to catch on.

Instead, the authors say, it'd be easier to change the way the masses are living: embracing technological improvements like renewable energy, easing up on our use of natural resources and enhancing the way we recycle. A study out this summer from researchers at the University of Minnesota reached similar conclusions: relatively basic measures, they found, like using nitrogen fertilizer more efficiently and reducing meat consumption, could provide us with enough food to feed 3 billion extra mouths. Sustainability over population control -- when you think about it, it's a much easier sell.