The former Alaska governor is out with new climate-denying nonsense 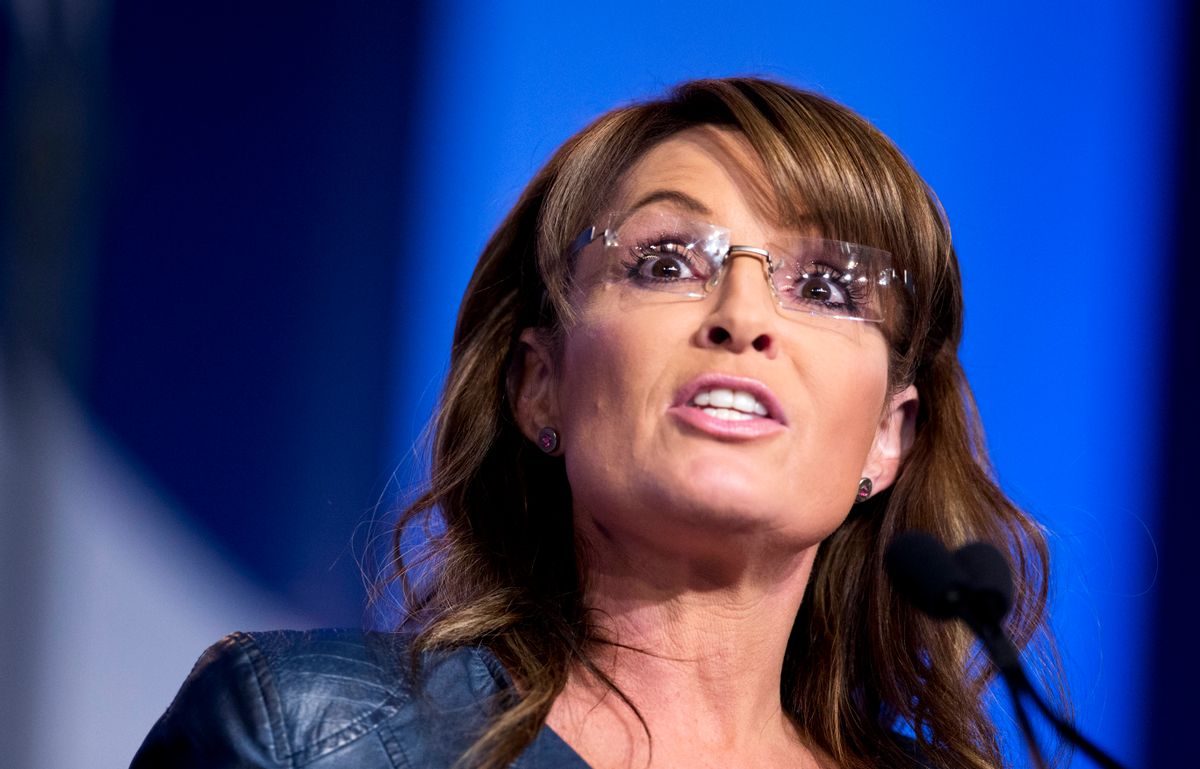 The claim comes in a new video, which Palin posted to her Facebook page Monday. It begins with blah, standard-fare climate denial (and denial of being a climate denier): "No convincing scientific evidence," "the climate has always been changing," etc., etc. Not even worth mentioning. Still probably better off ignored, were it not for Palin's outrageous claim that the man-made climate change "con job" is comparable to eugenics. In her words:

Climate change is to this century what eugenics was to the last century. It's hysteria and a lot of it's junk science. And when it's as discredited as eugenics, you know a lot of people are going to look very foolish and heartless.

That's right. Climate change, which 97 percent of climate scientists agree is happening as the result of human activity, is just like eugenics, the racist, Nazi-affiliated, pseudo-scientific 20th century movement that "even in its day, many people saw ... [as] a dubious discipline, riddled with inconsistencies."

The "latest voice of reason" Palin cites on all this is Weather Channel co-founder John Coleman, who, in fact, has been using his perceived prestige (the man is not a climate scientist) to spread the idea that climate change is a scam since 2007. Like Palin, presumably, Coleman has bemoaned the difficulty of getting the media to pay attention to his fringe claims (although last night he got Fox News' Megyn Kelly to take the bait).

The tragedy with this kind of thinking, of course, is that while in Palin's world, it will be great fun to see discredited latte liberals looking all foolish and heartless, no one's going to be gloating when climate change wreaks (even more) havoc in Alaska. But Palin, who despite all evidence to the contrary, really should know better, will bear responsibility for impeding the action needed to protect against that eventuality.