The Flaming Lips take a blow torch to "Sgt. Pepper" 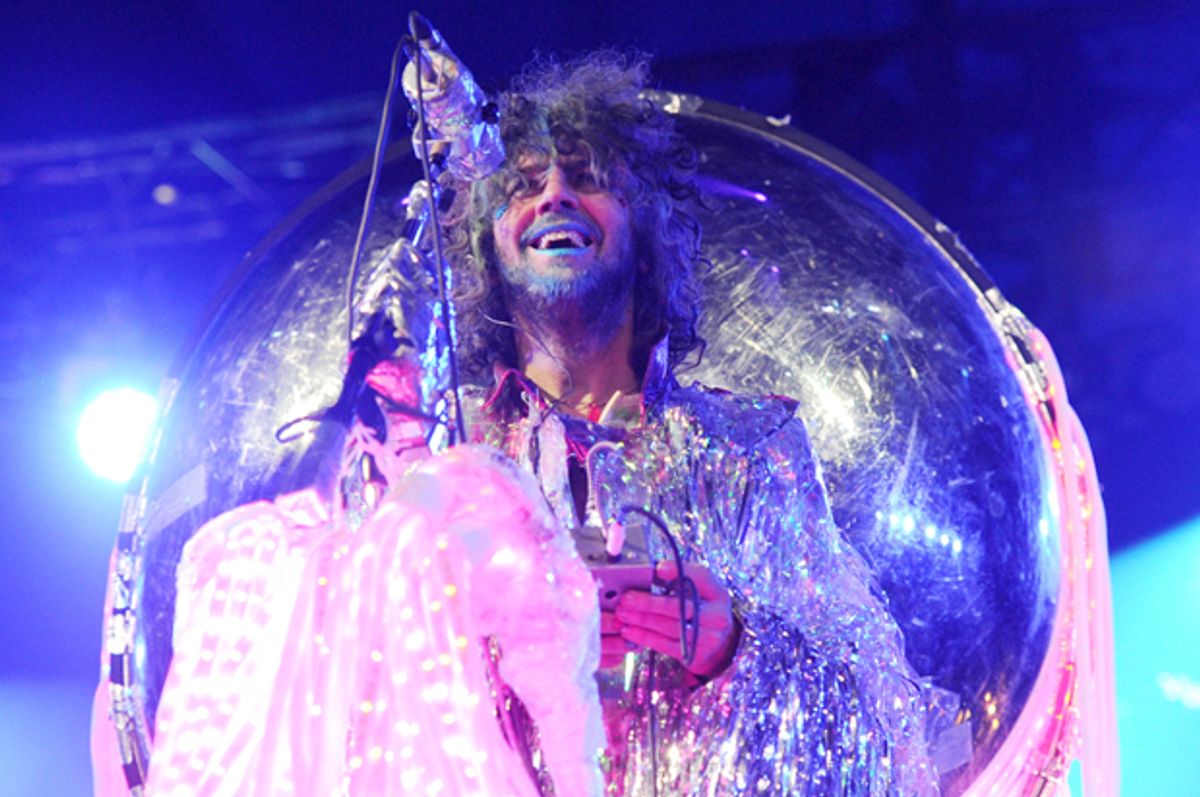 "Sgt. Pepper's Lonely Hearts Club Band" is a certifiable masterpiece. The entire canonical artifact, hailed by critics and scholars as the best and most important rock and roll album of all time, is beautiful, perfect, and perfectly-known to musicians and fans alike. And so it is irresistible to iconoclasts like The Flaming Lips, who take a blow torch to its edges with their own slanted vision of the Beatles classic with their much-anticipated track-by-track cover “With A Little Help From My Fwends.” In this case, the fwends include more than two-dozen collaborators, from My Morning Jacket to Miley Cyrus, each adding their own peculiar touches to the familiar songs underneath and throughout the Lips’ unified sound.

Frontman Wayne Coyne’s been down this road a few times before, with no less than Pink Floyd’s “Dark Side of the Moon,” even. But he told Death and Taxes earlier this year, "I don't want people to think, though, that we do classic records just because they're classic records." So why mess with perfection in the first place? Coyne told NPR that the unassailability of “Sgt. Pepper” was the draw. "The better it is, the more you want to touch it,” he said.

There is a particular pleasure in decoding a musician’s own take on an original song. Over the weekend, Kelly Clarkson gave Taylor Swift's "Shake It Off" a howling gospel treatment at a show in Buffalo, and the crowd lost its mind. But is the experience of subverting the expected the same on record, or should "Lucy In the Sky With Diamonds" remain an ephemeral, confetti-cannon show-closer? Once you turn performance into artifact, the experience loses that spontaneous energy. But what we gain is a portable experience, one that can become integrated into the lives of many, shared widely beyond the night's guests, even listened to side-by-side, or back-to-back, deepening the conversation between the two sets of musicians.

To every track, the listener brings certain expectations that the Lips explode at every turn. Does it shift in and out of moods with the subtlety of a teenager at the wheel of her first manual transmission? Well, yes. Are classic rock DJs the country over clutching their pearls over Cyrus tarting up their beloved "Lucy In the Sky With Diamonds?" Probably. Does every track nail it? Nope. "Getting Better," with Morgan Delt/Dr. Dog/Chuck Inglish, is a bit uninspired, its eerie chill-out mutter notwithstanding. The over-done "Fixing a Hole" doesn’t really hold up next to the bright clarity of the original, and Cyrus' moody turn on "A Day In the Life" would work better as an intimate, Elsa Mars-esque cabaret number.

But the Maynard James Keenan-infused "Being For the Benefit of Mr. Kite!" sounds as unsettling to our ears as the original must have in 1967. "She's Leaving," featuring Phantogram, Spaceface and Julianna Barwick, takes on a whole new dimension with female vocals. Tegan and Sara are unforgettable on "Lovely Rita." There are even small bits of cheekiness, like the touch of autotuning on the opening of "With a Little Help from My Friends," proving it's possible to have a sense of humor about the sacred.

The whole exercise is full of whimsy and cheek, though. Who else could get away with putting their own sticky fingerprints all over "Sgt. Pepper?” (Maybe Beyoncé, if she had any desire to do so.) Overall, this album is exactly what we expect from a Flaming Lips project of any origin: customarily lush, layered psychedelia that's cut, like bitters in a well-made cocktail, with a prickly static, the fiddling of a transistor knob tuning to a transmission from outer space. It is not a faithful reproduction, but as far as the spirits of boundary-testing and sonic bending are concerned, Coyne et al do the project justice.