The toxic lure of "he said/she said": Why we're disgusted by Jian Ghomeshi but love the "The Affair"

These cases are so frustrating in real life, yet we flock to fictional ones as if they could teach us something new 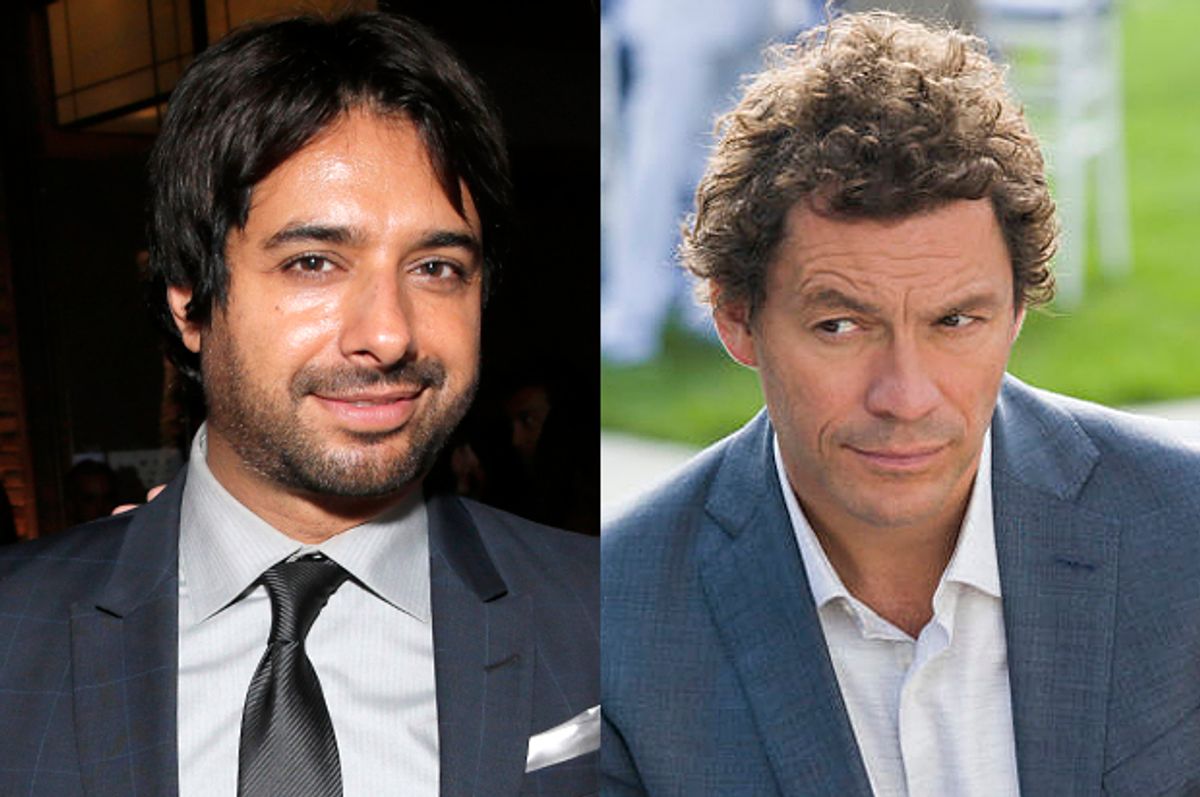 If you’d told me a month ago that my new appointment-TV favorite would be a series whose trailer looked straight out of a cliché Lifetime women-in-peril trailer — lots of anxious faces, windblown hair and dramatic voice-overs — I’m sure I would have scoffed. Another story about a well-to-do New York writer dude who betrays his loving family for a summertime dalliance with a woman from the service class, a distraction that mainly serves to buttress his insecurities about getting older and having lukewarm career success? Seen it, read it, eye-rolled about it.

And yet “The Affair,” with its double-perspective format, its class-conscious take on the dynamics between Montauk’s “summer people” and year-rounders, and its steady deployment of hints and revelations about a murder that happened in the wake of the titular indiscretion, promptly hooked me. Part of the show’s appeal is that almost every character is written to have one, if not more, deeply unlikable layers; even the ones we’re ostensibly meant to relate to can be snobby, or condescending, or passive-aggressive. (An alternate title for the show could be “Who Killed Which One of These Assholes”?)

But it’s “The Affair’s" central storytelling device, the Rashomon-esque retelling of the narrative from the perspectives of the two main characters, that is most fascinating — especially three episodes in, as the gaps between their versions grow larger and more ominous. There’s an undeniably gendered aspect to “The Affair's" unreliable narration. In Noah’s recollection, lobster-shack waitress Alison was all over him from the moment they met, carefree and mysterious and clothed in come-hither stares and sundresses one button away from falling off completely. Through her eyes, we see a different Alison, one who is more shellshocked than sultry, just as married as Noah, moving erratically through personal misery (a plot point still largely unrevealed), but always in sensible outfits. To further complicate things, both of them, it’s revealed in the first episode, are telling their stories to a police detective who plays the audience stand-in, contemplating  the possibility that their stories are not simply divergent remembrances but calculated lies.

As it happens, I watched “The Affair’s" third episode shortly after hearing the news of Jian Ghomeshi’s firing from the Canadian Broadcasting Co. yesterday, which means that my Sunday evening was largely spent parsing  he said/she said narratives. In the wake of the CBC’s vague-yet-doomy statement that its relationship with the Q host “has come to an end,” Twitter was a scene of characteristically intense proportions. Many tweets linked to the Toronto Star story about three women who are accusing Ghomeshi of sexual abuse and harassment, as well as to Ghomeshi’s lengthy Facebook post defending himself from “false allegations pursued by a jilted ex girlfriend and a freelance writer.” Many others mentioned the news that Ghomeshi was lawyering up and suing the broadcaster for $50 million in an unlawful termination and defamation suit. Defenders exhorted Ghomeshi to buck up and keep fighting, asserting that “your private life is your own!” Several Toronto women in both media and music scenes, already familiar with Ghomeshi’s reputation, traded aggrieved emoji. And sides were quickly chosen. By Monday morning, there were two camps: those who, like Ghomeshi, assert that the sexual-abuse allegations are the result of a personal relationship gone bad, and those who point out that glossing over such allegations or smearing the women who made them as jealous, attention-seeking, crazy ladies is rote rape apologism.

I know what I think about the accusations, but the thing about cases like this one is that it almost doesn’t matter. Once people have chosen sides, they tend to dig in their heels, and that’s that. The person who, say, is convinced that Ghomeshi’s accusers are coming forward for attention and/or money is not going to be swayed by a counterargument questioning why people allegedly trumping up sex-assault charges for attention would be scrupulous about remaining anonymous. The person who is convinced that their admiration for a public figure acts as some kind of magical shield against unseemly or criminal acts would much rather perform mental gymnastics to absolve their heroes than recognize anything that looks like fallibility.

And once the media complicates matters with often biased framing tactics — the Star article, for instance, made sure to note that Ghomeshi’s accusers are “all educated and employed,” because apparently that’s relevant — it often begins to feel like every metric by which we might assess the case’s particulars are flawed. From Woody Allen to Ray Rice, we’ve recently seen this dynamic play out with disturbing frequency. And yet, as unsettling as he said/she said cases are in real life, we still flock to their fictional versions as though they might teach us something new.

Aside from the well-received "The Affair" — which Rolling Stone called “the smartest and saddest drama anywhere this fall” — two of this season’s most anticipated releases hinge on the he said/she said theme. The first, "Gone Girl," is probably more of a he did/she did, but one whose narrative structure in both book and movie nevertheless executes the trope perfectly. The other is "The Disappearance of Eleanor Rigby," a series of three films that so fully embodies the he said/she said conundrum that each has a subtitle: "Him," "Her" and "Them," with the latter synthesizing the two perspectives. Like "The Affair," "The Disappearance of Eleanor Rigby" is, at its core, a film/films about relationships that are complicated. We’re not talking high-tech car chases or dystopian totalitarianism here; the idea seems to be that contained in quiet portraits of humans (upper-middle-class, white humans, it must be said) betraying and disappointing and failing to understand one another is all the drama and chaos that one could ever hope to see.

Such stories do pose a challenge to viewers: Whose version are you more likely to believe, and why? What preconceptions about gender, about class, or about human nature play into your interpretations? Watching "The Affair," for instance, I fully admit that Noah, the writer character, tempts me to see in his recollections an urge to embellish the details of desire, rewriting Alison from reserved to coquetteish and self-servingly setting up a narrative in which he, helpless family man, is simply swept up in her unstoppable lust. Likwise, knowing what Noah doesn’t about why Alison seems “like the saddest girl in the world” initially imbues her story with a bit more veracity — at the very least, no one goes to a Montauk beach at night without at least a sweat shirt, right? — but, as the season continues, her motivations seem far less clear than his, though she has just as much to lose.

In criticism, describing things as “messy” and “complicated” has in the past decade or so been complimentary rather than undercutting. As antiheroes and -heroines have ushered in a prolonged new Golden Age of TV and a multiplicity of voices has begun chipping away at traditional gatekeepers of culture, what’s prized in our cultural products is, quite gratifyingly, the nuance and complexity of characterization that comes from trusting audiences. Messy and complicated characterize our favorite books and comics and TV and more.

And yet, when real life gets messy and complicated, it’s a different story. No one praised the Woody Allen or Ray Rice media storms for being “messy and complicated,” because if there’s one long-standing and unwelcome mess of real life, it’s the stew of injustice and sexism and racism and power imbalance that tends to silence justice. Ghomeshi’s firing and the allegations against him are undoubtedly messy and complicated — involving everything from age differences to stigmatized sexual subcultures to the gendered trope of the crazy ex-girlfriend bent on revenge — but it’s almost impossible to imagine those words being used with a positive spin. All the nuance that we applaud in shows like "The Affair" or films like "Eleanor Rigby" is expected to dissolve on contact with actual controversy, because it’s just so much easier to have one hero (or heroine), one villain (or villainness), and a tidily resolved ending resulting from a legible trajectory from A to B and beyond.

The paradox of loving a show like "The Affair" while not at all loving the ugly, bad-messy sentiments swirling around the Ghomeshi firing is not lost on me. Every question I can’t wait to see answered on the show (Whose murder are they discussing in that interrrogation room? What’s with the mysterious coolers of fish? Who will be the first to pop Noah’s terrible father-in-law in his smug mouth?) is paralleled by one about the Ghomeshi affair that I dread seeing simplified by a mainstream media that rarely treats he said/she said stories — especially ones that include issues of consent, BDSM role-play and sexual violence — with the nuance they require.

But I’d argue that it’s important to pay attention. Not in order to dictate the outcome of either fiction or real life, but to recognize that our investment in both is, more often than not, informed by the biases we bring to each narrative.