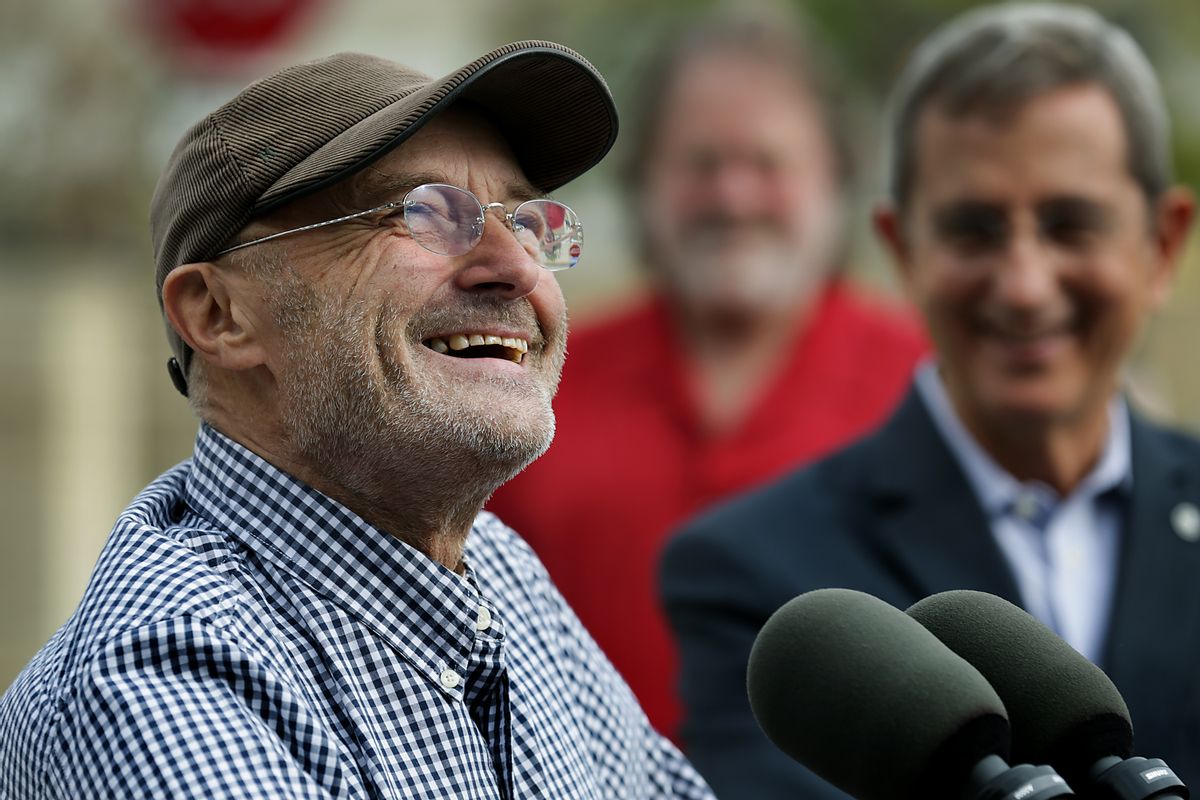 Phil Collins smiles as he speaks to the media with Texas Land Commissioner Jerry Patterson, right, during a news conference on Tuesday, Oct. 28, 2014 in San Antonio. Collins has handed over his vast collection of artifacts related to the Battle of the Alamo and the Texas Revolution to the state of Texas. Collins donated what's considered the world's largest private collection of Alamo artifacts. It includes a fringed leather pouch and a gun used by Davy Crockett and Jim Bowie's legendary knife. (AP Photo/The San Antonio Express-News, Bob Owen) RUMBO DE SAN ANTONIO OUT; NO SALES (AP)
--

The 150 peshmerga troops will cross Turkey to help their Syrian brethren in their battle with the Islamic State group in the embattled border town of Kobani.

2. WHERE EBOLA CZAR IS

Ron Klain has barely been seen and the White House's behind-the-scenes coordination of the response to the outbreak is severely tested a week before midterm elections.

4. HOUSE REPUBLICANS MAKE LIBERAL USE OF OBAMA IN ADS

Their late-campaign attacks link Democrats to the unpopular president who embarks on a round of travel to boost gubernatorial candidates in a half-dozen states.

Dozens of residents in the rural community are told they might have to evacuate because of the slow-moving flow.

6. WHY SOME ELIGIBLE IMMIGRANTS REJECT US CITIZENSHIP

The most common reasons include the cost, a lack of English, a desire to return to their home country and the potential loss of benefits from their native land.

The FBI confirms it came up with a bogus Associated Press story to catch a bomb threat suspect in 2007.

The government sues the company over allegations it misled millions of smartphone customers who were promised unlimited data but had their Internet speeds cut.

"There's things in there that will make your mouth drop," the British pop star says.

In a bid to win their third World Series championship in five seasons, the San Francisco will start Jake Peavy against the Kansas City Royals' hard-throwing rookie Yordano Ventura.