Stephen Hawking teared up after seeing biopic "The Theory of Everything" 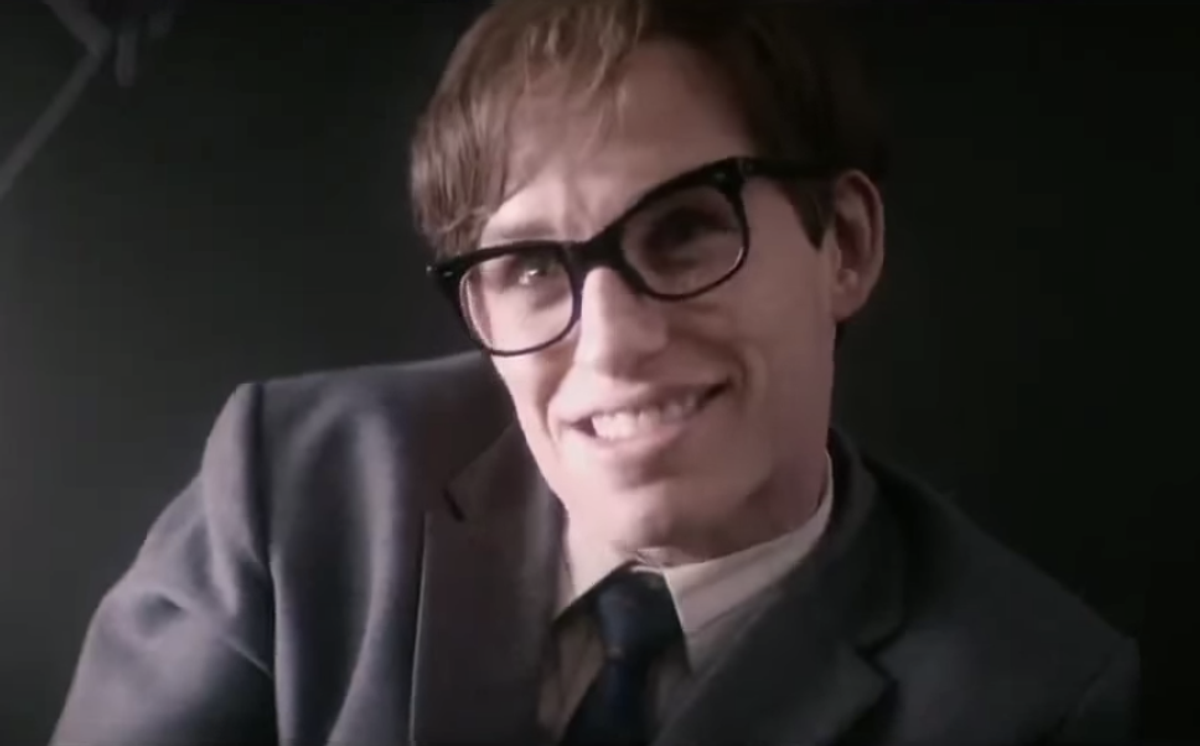 The extraordinary life of cosmologist Stephen Hawking has been turned into the biopic, "The Theory of Everything. The film is being discussed as an Oscar contender, however, it has already received an even higher accolade: Praise from Hawking himself.

In a cover story, Variety reported that the professor trekked to London to view the film:

"After the lights came up, a nurse wiped a tear from Hawking’s eye. He called the film 'broadly true,' and even celebrated with the film’s director James Marsh and screenwriter Anthony McCarten at a bar where he sipped champagne from a teaspoon. 'He emailed us,' Marsh says, “and said there were certain points when he thought he was watching himself."

Following the screening, Hawking also decided to lend his unique computerized voice to the film. “We spent a lot of time and money trying to reproduce the voice, but we never got it,” screenwriter Anthony McCarten told Variety.