"Oh, you are lovely" may sound like a nice compliment. But, as with affirmative consent, here's why context matters 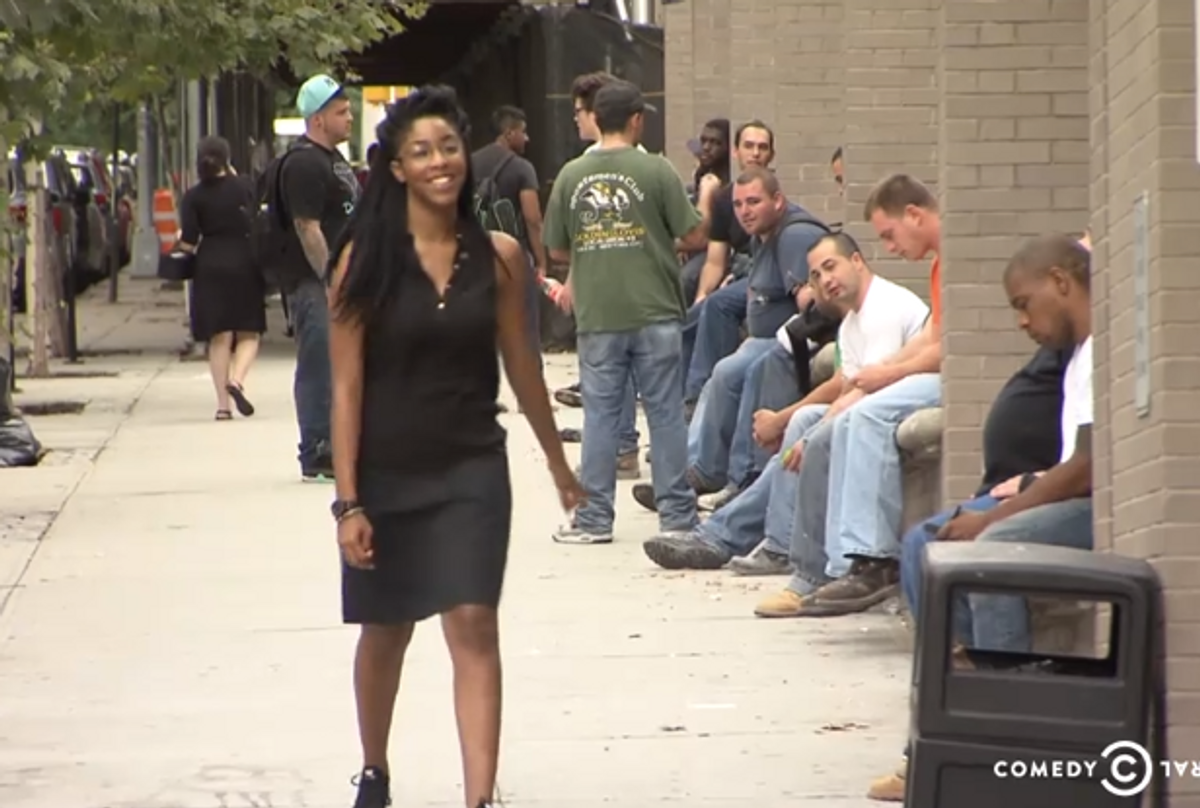 "Weekend Update" co-host and "Daily Show" alum Michael Che is the latest guy to weigh in on the street harassment debate in a way that I find totally unhelpful, so let's talk about what he posted to Instagram on Wednesday [sic]:

i wanna apologize to all the women that ive harrassed with statements like "hi" or "have a nice day" or "youre beautiful". i cant imagine what that must feel like. the closest thing I've experienced is maybe when a girl recognizes me from tv and they say things like "AHHHH!! OH MY GOD!! SNL SNL SNL!! TAKE A PICTURE!! TAKE A PICTURE!! I LOVE YOU SO MUCH!! WHATS YOUR NAME AGAIN?! THANK YOU!! THANK YOU!! WAIT SAY SOMETHING FUNNY!!" but even that is nothing like the harrassment of having a complete stranger tell me to "smile."

My first and main thought is that we do not hear about many women assaulting or murdering "Saturday Night Live" cast members they meet in bars or on the street, but we do actually have women getting assaulted and murdered after being harassed by men on the street, so I am not really feeling Che's argument. But he's allowed to make it, of course. Because free speech and America.

But whether or not you think Che's joke was funny, it tapped into something that I've heard a lot in the days since a video from an anti-street harassment organization called Hollaback started making the rounds, and in the weeks since "Daily Show" correspondent Jessica Williams took on the issue (again) in a really excellent segment. The current debate happening among men in response to these videos feels really, really similar to the debate we still seem to be having about affirmative consent, so I think it might be useful to consider them together. They're related, after all.

A few things first. I think it's weird that a lot of men believe that women should be an audience to every single one of their thoughts and desires. I seriously cannot understand it. I see women I think are beautiful and men I find really attractive with some regularity, but I have never once in my life stopped one of them on the street or interrupted them out of nowhere to tell them that. Never once. Because that shit is very weird and rude.

This does not mean that I live in a world foreclosed to the possibility of wanting to fuck strangers and figuring out ways to make that happen. But, at least to me, figuring out who wants to fuck you or who is even interested in hearing that you want to fuck them requires some reading of cues and communication. So when a man on the street makes me break from my downward gaze so he can tell me that I should smile or the specific sex things he wants to do to whatever part of my body (both things happen to women!), he is not interested in reciprocity or my consent. He's not looking for cues. And I think that is shitty.

The same goes for when men have interrupted me in bars and coffee shops, made me look up from my work or the conversation I'm having with someone else, so that they might tell me that they think I have pretty eyes or whatever thing they are thinking. (Funny thing about harassment: The "you're cute" can turn into an angry "you ugly bitch" like that. Men can be so fickle!) That kind of disruption presumes that their thoughts about me are more important than whatever I was already doing. And whether what I was already doing was talking to a girlfriend about feeling dizzy during the jump cut flashbacks on "How to Get Away With Murder" or writing something stupid to post on the Internet, those things are generally more important than what some random-ass man whom I have never made eye contact with thinks about my face.

Those things said, I've also returned smiles and said, "How's your day going?" when some dude on the street tells me good morning. It can be nice when that happens, can make me feel like I am part of a community of people in the world. But it's always context specific, which is something that a lot of men who are mad right now don't seem to get. Women know the difference.

An example, maybe! On my way into work on Wednesday, a man told me, "Oh, you are lovely." Sounds kind of innocuous, right? Lots of men have said in the last 24 hours that they'd love to have random women tell them they're attractive. But this guy said it while leaning into me, inches away from my face, as we headed in opposite directions while crossing the street. He whispered it like it was a threat. Like I was something he'd like to eat for dinner. I didn't say a word to him and didn't look up to meet his gaze, but I did wish that he would fall into an open sewer. Because he was a street harasser, not a friendly guy just looking to spread some cheer and build community.

This is where I think affirmative consent might actually be useful in how we understand street harassment, because it requires us to think about context and mutual interest in a way that isn't happening right now. Because the same men who are losing their minds about women calling out street harassers as if that meant no more public communication was allowed on earth are the same men who think that affirmative consent means that all fucking must end immediately. That we are now living in a sex-free zone or something.

My response to both of those arguments, which I consider to be made entirely in bad faith, is that if women are asking men to think about how they behave around them -- asking men to consider them as people before they consider them as sexual prospects -- men should try listening. Maybe sit with it and see what happens. If women are asking men to read cues (face cast downward on the street usually means "leave me alone" or "I'm thinking about something") and wait for some signal that your commentary or sexual advance is welcome before making it, then men should try doing that. It is actually not hard and will not ruin anyone's life in any way.

Just as affirmative consent does not make all sex rape, women (and men) calling men out for being rude, aggressive and dangerous on the street does not make all public interactions with strangers street harassment. To pretend that we can't tell the two apart is insulting to pretty much everyone.

So how to address this? First, we trust women to know when a situation feels threatening. And we listen to them and adjust accordingly. This also means engaging critically in discussions about street harassment, and interrogating our own biases. The critiques I'm seeing from women -- specifically about how race, class, gender and sexuality intersect to make street harassment more dangerous for women of color, trans women, queer women and gender nonconforming people -- have been challenging and vitally important. Which is what's necessary to address specific forms of violence happening simultaneously and how certain approaches to street harassment -- like increased police presence and criminalization -- re-inscribed that violence. (For more on that, read this.)

Women like Roxane Gay and Ayesha Siddiqi have also pointed out the Hollaback video's racial politics, how it centers white, cisgender women while erasing harassment when it's done by white guys. This is what virtually all mainstream narratives about street harassment do, despite the fact that trans and queer women of color are disproportionately impacted by street harassment.

These critiques are necessary because they are about reducing violence. Whereas the men claiming that taking a stand against street harassment means no more talking in public or saying that women should be flattered by strangers' come-ons are about propping up toxic masculinity and denying women's humanity. Which is why the men who know these are garbage arguments need to step up to start calling other men out on their shit.

While some men have been trying to move the discussion forward (I see you, male feminists!), a lot of what I'm reading from other guys are just angry tantrums and a frightening sense of entitlement to women's time, attention and bodies. Like the affirmative consent standard, the conversation about street harassment happening right now shifts the burden from women to men, since they are the ones who are overwhelmingly doing this stuff. Which means that men are the ones who need to be thinking it through. It's a point Andrea Grimes made pretty brilliantly this week in a piece about how men can start doing this work. Because it is work. Hard, life-altering work. Men are being pushed to challenge a really messed up system that has treated them like special darlings who can say and do whatever they want for a really long time.

Which is probably why so many guys are so mad. It's not a great look. Maybe someone should tell them to smile.