Although Cook's sexuality has been an open secret for years, this is his first public acknowledgement 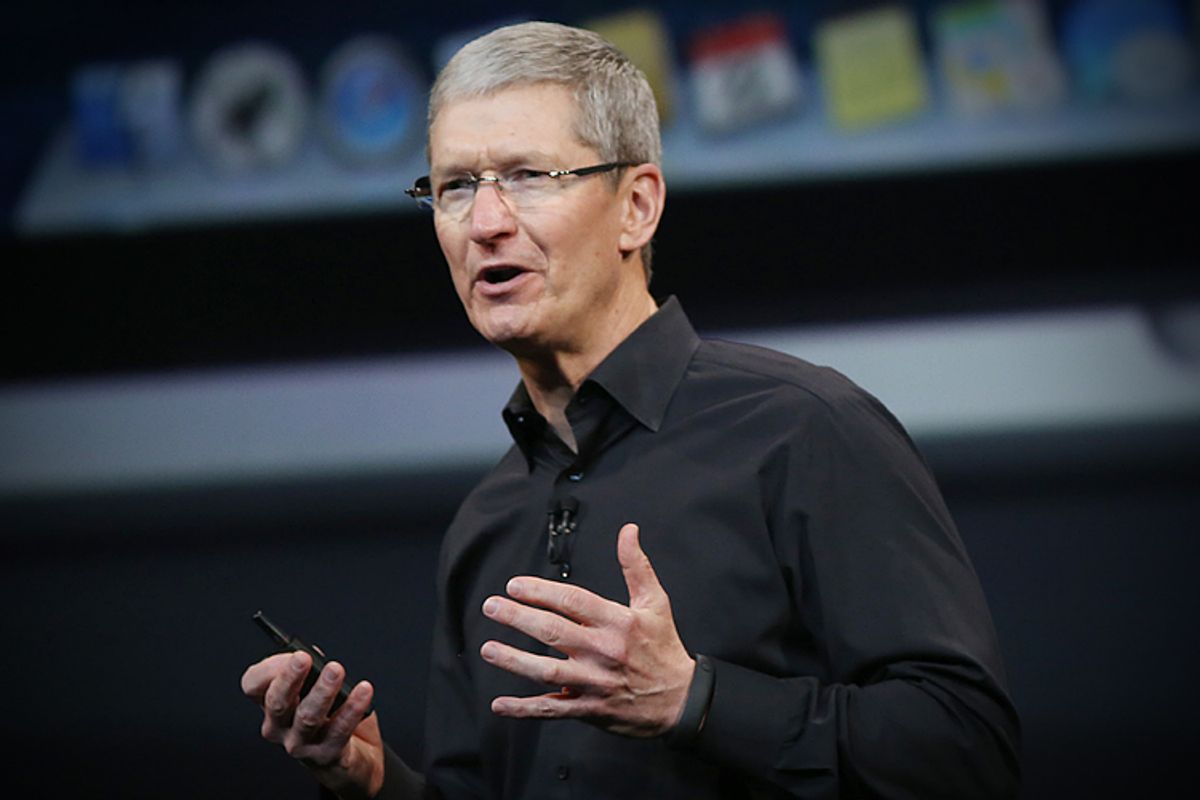 Apple CEO Tim Cook has published a moving essay over at Bloomberg Businessweek on Thursday, in which he publicly acknowledges for the first time that he is gay. In it, he writes:

Plenty of colleagues at Apple know I’m gay, and it doesn’t seem to make a difference in the way they treat me. Of course, I’ve had the good fortune to work at a company that loves creativity and innovation and knows it can only flourish when you embrace people’s differences. Not everyone is so lucky.

While I have never denied my sexuality, I haven’t publicly acknowledged it either, until now. So let me be clear: I’m proud to be gay, and I consider being gay among the greatest gifts God has given me.

Speculation has swirled around Cook's sexuality for years, especially recently. When the New York Times ran a blog post in May, titled "Where Are The Gay Chief Executives?," there was some grousing about the open secret of Cook's sexuality. That then led to an awkward exchange the CNBC show "Squawk Box," in which Cook was "accidentally outed." However, as early as 2011, when Cook assumed leadership of Apple following the resignation of Steve Jobs, Gawker was hailing him as "the most powerful gay man in America." Last December, he gave a speech on human rights in which he alluded to his own experiences with discrimination — "rooted," he said, "in the fear of people that were different than the majority."

Regardless what people have or haven't known, Cook's public acknowledgment marks another milestone in a country moving rapidly toward marriage equality, and in an industry that has received criticism recently for its fraught record on diversity.

"When I arrive in my office each morning," Cook concludes his essay, "I’m greeted by framed photos of Dr. King and Robert F. Kennedy. I don’t pretend that writing this puts me in their league. All it does is allow me to look at those pictures and know that I’m doing my part, however small, to help others. We pave the sunlit path toward justice together, brick by brick. This is my brick."

Check out the entire article over at Bloomberg Businessweek.