Bill Maher's Islam silence: Why canceling his Berkeley speech is a mistake

I'm no fan of the comedian's attacks on Islam -- but he should still speak at U.C. Berkeley. Here's why 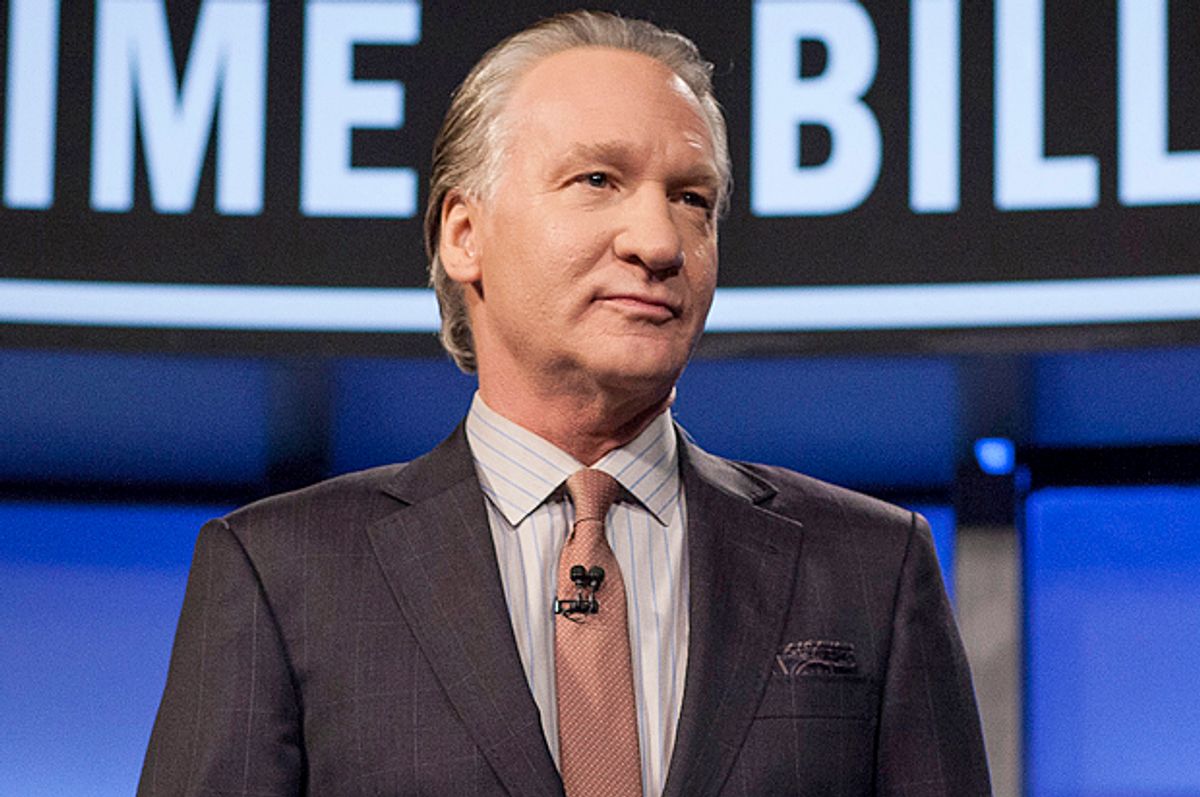 Talk-show host Bill Maher’s recent comments about Islam have set off a chorus of condemnations among activists and scholars on the left. Now they have students at liberal bastion University of California at Berkeley calling for an upcoming appearance by the comedian at the school to be canceled.

For those of you who usually tune out Maher like I do, here’s the back story: In an exchange a few weeks ago with Ben Affleck, who was on Maher’s show promoting his new movie, the discussion turned to Islam. “Islam is the only religion that acts like the mafia, that will fucking kill you if you say the wrong thing, draw the wrong picture or write the wrong book,” Maher said. Affleck challenged the comedian, calling his comments “gross” and “racist.” "You're saying that the idea that someone should be killed if they leave the Islamic religion is just a few bad apples?" Maher replied.

In my personal view, Maher is kind of a jerk (he was even a jackass in his recent interview with Salon). As a fellow liberal, I agree with many of his views, but his shtick — loudmouthed, overgrown frat boy — starts to grate on my nerves if I have to listen to him for longer than a two-minute YouTube clip. He hacks at ideas like a blindfolded person wielding a meat cleaver — there’s little room for nuance.

But the trend of student groups opposing controversial speakers on campus is troubling. Academia should be the place where all ideas — good and bad, offensive and not — get a fair hearing. Granted, it’s a commencement ceremony Maher would be speaking at, not a symposium, but the underlying idea is the same: Certain ideas are so corrosive they should not be allowed into the discourse.

“In a time where climate is a priority for all on campus, we cannot invite an individual who himself perpetuates a dangerous learning environment,” reads the Change.org petition urging Berkeley to rescind its invitation. “Bill Maher's public statements on various religions and cultures are offensive and his dangerous rhetoric has found its way into our campus communities.”

As the author of the petition noted in an interview with the Daily Californian, a Berkeley student paper, this is indeed not a “freedom of speech” issue. You heard conservatives argue that "Duck Dynasty’s" Phil Robertson’s freedom of speech was being violated when his homophobic remarks led the A&E network to suspend his show. But the freedom of expression guaranteed by the Constitution only applies to the actions of government — not to those of corporations or, generally speaking, private universities (Berkeley is, of course, a public school, but my lawyer friends assure me there’d be no basis for a “freedom of speech” claim were Maher to be disinvited). In the same way Henderson has no right to have a television show, Maher has no right to speak at Berkeley; it is indeed a privilege that can be bestowed and taken away as university administrators wish.

But he should speak at Berkeley. I won’t argue that prejudice against Muslims isn’t “dangerous.” But bad ideas, like family secrets, are less harmful when exposed. In this case, Maher’s views should be aired and shot down. Academic institutions are the ideal forum for this; as opposed to our public discourse, in the university setting it’s harder to take cheap shots or win simply by being loud. Instead of disinviting Maher, why not have him debate Reza Aslan, the Iranian-American scholar who so eloquently took him to task on CNN? Many Americans share Maher’s facile views of Islam. What better place to challenge these views than at Berkeley?

As for the claim that his appearance would “perpetuate a dangerous learning environment,” toughen up: social justice requires courage, and prejudice against Muslims needs to be stared down.