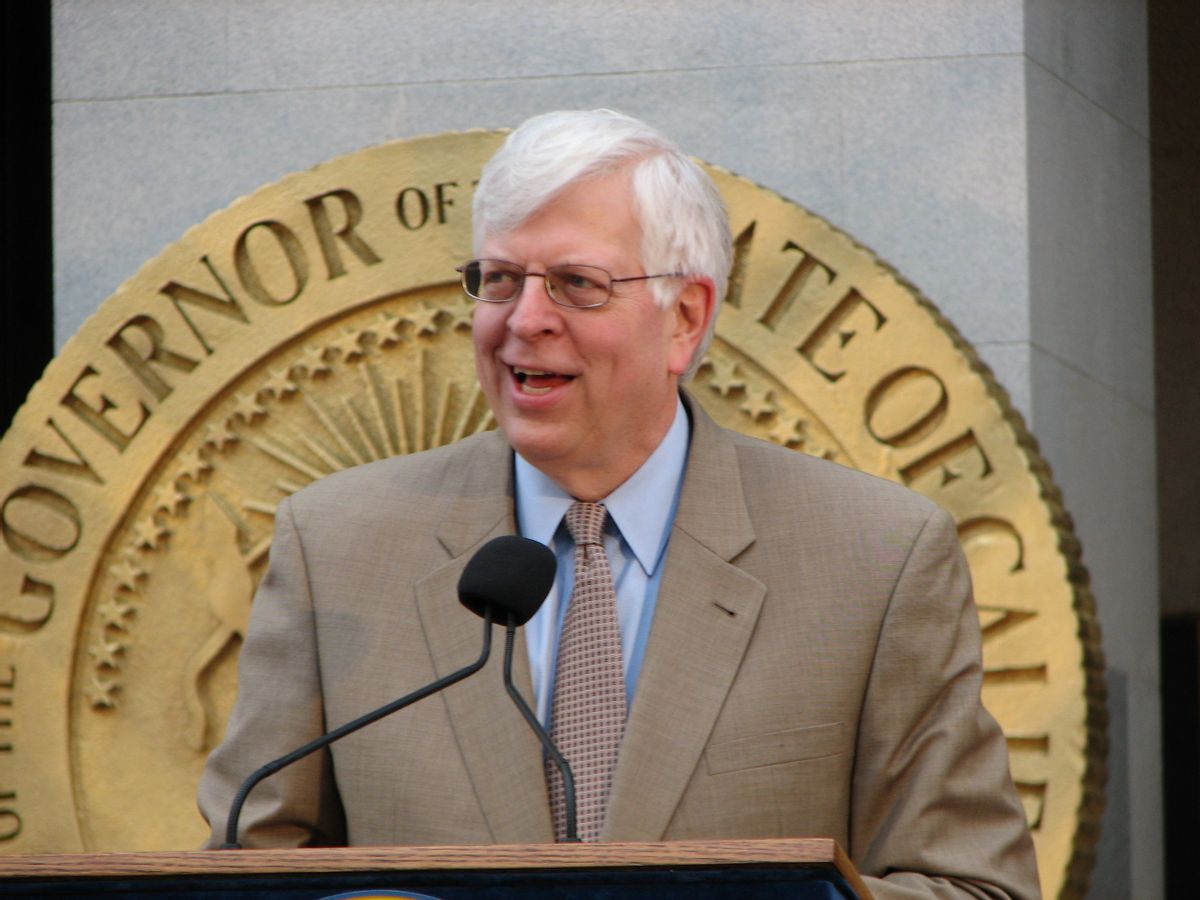 George Will is not the only conservative pundit around openly decrying the "hysteria" surrounding campus sexual assault. At a rally this week to get out the vote for Florida governor Rick Scott, conservative talk radio host Dennis Prager told the Republican crowd that the notion of rape culture is "a gargantuan lie to get votes" promoted by "the feminist left."

According to a transcript from the Sarasota Herald-Tribune, Prager told the crowd of 700 that Democrats have undermined the trauma of rape by expanding the definition of sexual assault, which he alleges now includes "unwanted kisses." Apparently, as Prager describes it, "unwanted kisses" are cool every once in a while, even though they are, you know, unwanted:

What do you cite to sell me this nonsense? 1 in 5 women are sexually assaulted on campuses. Do you know what sexual assault means? Did you ever look at what counts? An unwanted kiss is considered sexual assault. I’m stunned it's only 1 in 5. Four out of five women have not gotten an unwanted kiss? My wife gets unwanted kisses every so often.

Cool play on words, dude. Rita Ferrandino, chair of the Sarasota Democrats, told the Herald-Tribune she found it "difficult to put into words" how much Prager's comments offended her, adding, "It exemplifies what women keep saying: that the Republican Party does not represent them." Meanwhile, the town's Republican Party chair, Joe Gruters, attempted to distance himself from the pundits remarks, claiming that rape and campus sexual assault were never meant to be discussed at the rally.