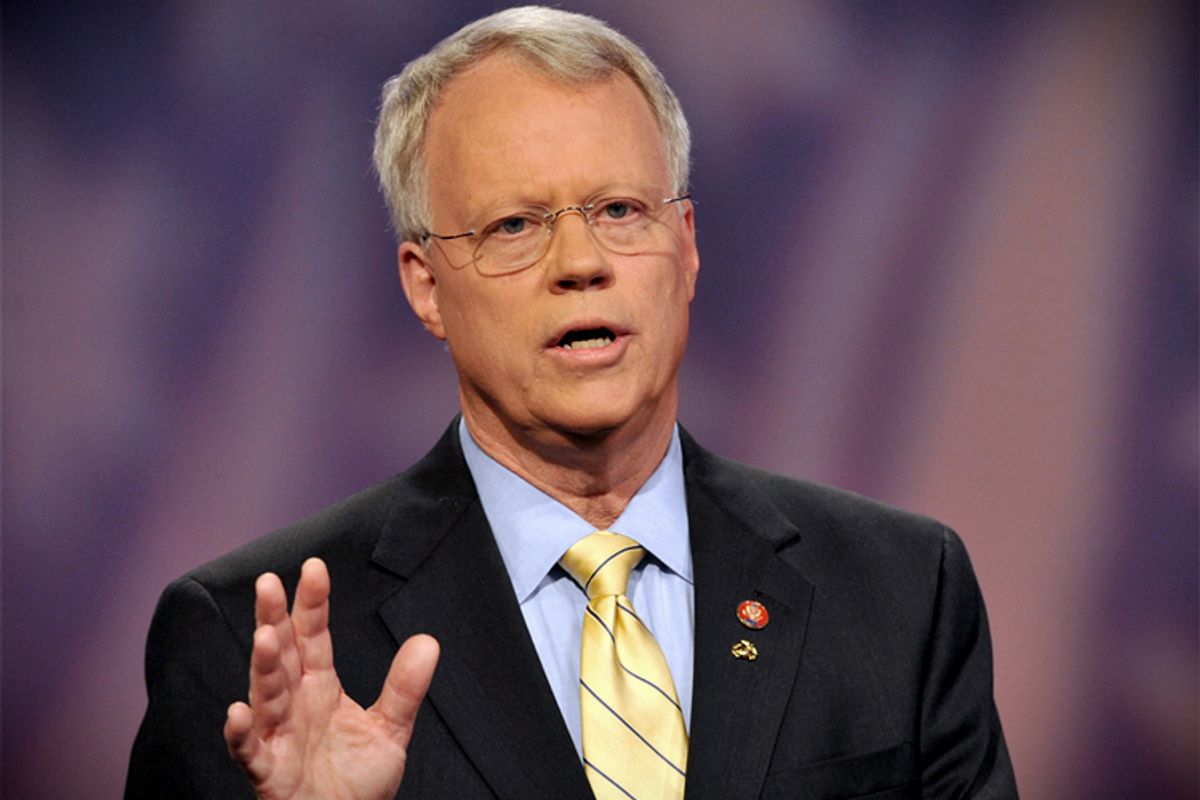 Does President Obama have a "purposeful" plan to spread Ebola in the United States? Tea Party congressman Paul Broun is just asking.

Appearing on far-right radio host Rick Wiles' program Wednesday, the Georgian denounced the Obama administration's response to the Ebola virus, declaring that the administration's refusal to impose a travel ban on Ebola-stricken countries is "unconscionable" and warning of "apocalyptic" consequences if more Ebola patients come to the U.S.

Asked by Wiles -- who recently wondered whether "Ebola could solve America's problem" with homosexuality -- if the administration's response reflected "incompetence or malicious intent," Broun threw his hands in the air.

"Well, I don’t know," the congressman replied. "I didn’t want to go there – some people might think that it is malicious intent. Certainly if it you look at it from a logical perspective, there’s no logic whatsoever about why they’re acting the way they are."

But later in the program, Broun suggested the administration's alleged mistakes in handling the virus could be "purposeful."

"[I]t’s almost apocalyptic what potential [sic] is coming if that happens, if we bring these Ebola patients here and put them in hospitals, VA hospitals or any hospital,” he later said. “We should not be exposing American citizens to this virus and this administration already is exposing people to this virus and is going to continue to expand that exposure.”

A number of conservative conspiracy theorists, including activist Phyllis Schlafly and Fox News doctor Keith Ablow, have charged that Obama is intentionally allowing Ebola into the U.S. in order to force Americans to suffer just like Africans afflicted with the virus. Ultraconservative Texas congressman Steve Stockman, meanwhile, asserted on Wiles' show earlier this month that the president wants the virus to spread so he can "take control of the economy and individuals and so forth."

The Tea Party favorite Broun, who mounted an unsuccessful bid for the Georgia GOP's U.S. Senate nod earlier this year, won't be returning to Congress next year. But his likely successor, Jody Hice, has already proven himself every bit the wingnut that Broun is.

Listen to clips of Broun's interview below, courtesy of Right Wing Watch: