Guns used in suicides auctioned off by coroner

People are clamoring for them 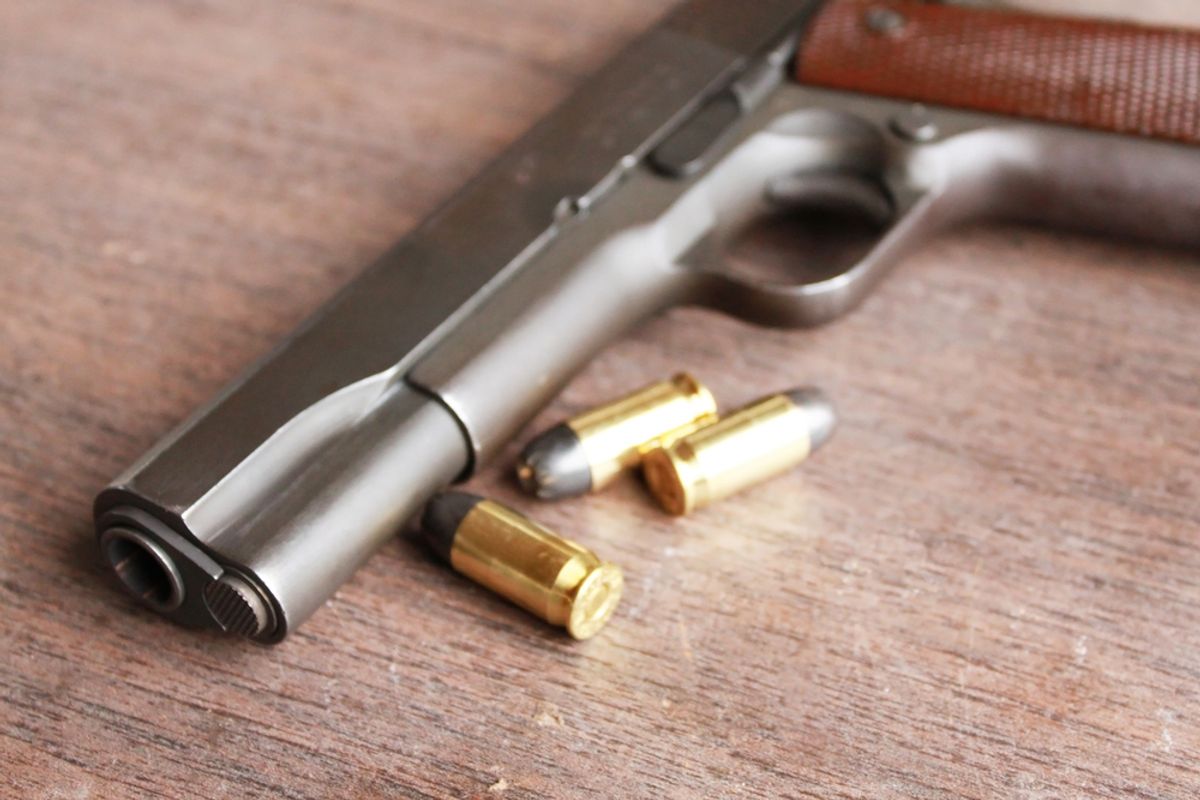 On Nov. 8, the coroner in Westmoreland County, Pennsylvania, will auction off 97 guns used in suicides and accidental shootings. Although the coroner is legally required to auction off evidence if after one year the items have yet to be claimed, the unsettling aspect of this particular auction is that people really, really want these guns.

"Now as we are a week and a half away, we're getting more phone calls, several today," said coroner Ken Bacha in an interview with a local television station. "I talked to the auctioneer earlier today, and he's getting a lot of hits to his website and a lot of calls to his office as well."

Bacha's father, Leo, also used to be the county's coroner.

"Most of these firearms that are going to be auctioned were non-homicide firearms," Bacha continued. "In other words, accidental deaths, but most of them were suicides."

While this specific example of morbid curiosity is striking, it is not a new phenomenon. A website called Serial Killers Ink will sell you art by some of the most violent criminals in history -- for example, one can purchase a horrifying picture of a clown painted by serial killer and rapist John Wayne Gacy for a cool $2,700. The Morbid Anatomy Museum in Brooklyn, New York, is a fantastic organization with a permanent collection of the uncanny and the macabre.

Unsurprisingly, psychologists have long been interested in the lure of the dangerous and the fraught. Freud believed that Eros and Thanatos, our basic urges toward sex and death, were often conflated and confused. "The task of [the death instinct]," he wrote, "is to lead organic life back into the inanimate state."

In a column in the Guardian, Oliver Burkeman summarized the prevailing attitude toward this sort of curiosity: "We're compelled by horrible things, this argument goes, because it pays to scrutinise dangers that could threaten one's survival. Such tendencies evolved before mass media, of course -- so these days, we see celebrity self-destruction and far-off tsunamis, and they grip us as hazards that might befall us, too."

However, author Eric G. Wilson, author of "Everyone Loves a Good Train Wreck," and student of the morbid, writes that there is something to be gained from a fascination with darkness. "The morbidity of sorrow is often a productive sluggishness, a time when the soul slows down, too weary to go on, and takes stock of where it's been and where it's going. During these gloomy pauses, we often discover parts of ourselves we never knew we possessed, talents that, properly activated, enrich our lives."

Regardless of the philosophical justification, we feel a primitive urge to interact with objects that represent our end. "I know when my dad had the auction in the '80s, there were guns that were valued at $100 brand-new that were selling for $200," Bracha said. "Was it just the novelty of it, that this gun took a life? I'm not really sure."