Tim Cook comes out: Here's why it matters when public figures are open about their sexuality

"I consider being gay among the greatest gifts God has given me," the Apple CEO said in Businessweek today 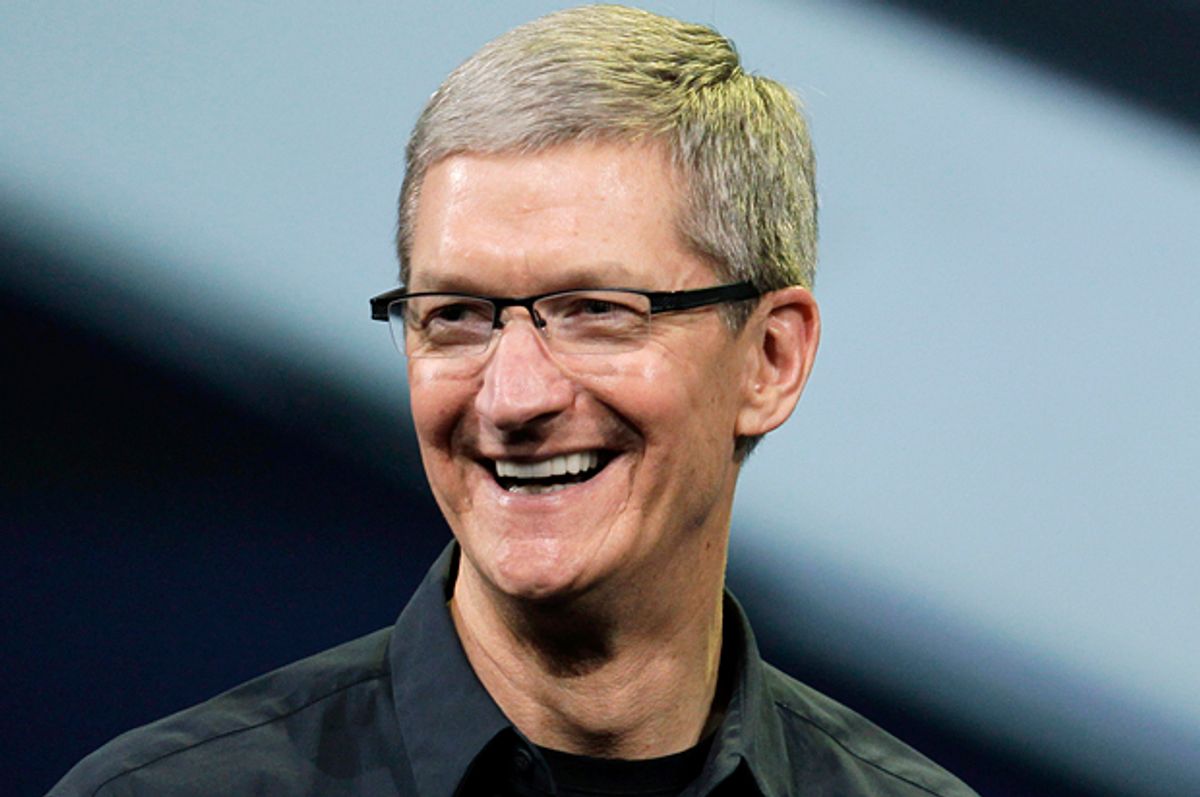 In a thoughtful essay published today by Bloomberg Businessweek, Apple CEO Tim Cook came out as gay. He states unequivocally, “I’m proud to be gay, and I consider being gay among the greatest gifts God has given me.” Cook offers his thoughts with humility while acknowledging that there is power in stepping forward into what is still a controversial spotlight in some parts of the country and the world. He's lent a public and powerful face to the urgent push for LGBT rights in the U.S.

Not that he wasn’t already out—he’s been open with many people in his life, he writes, even colleagues. But as a public person who values his privacy, Cook says he avoided public statements until now.

Why now? Obviously, being gay hasn’t held Tim Cook back. And given his penchant for privacy, it’s likely he could sail merrily into retirement without ever having to address his private life. Privacy is a luxury that Tim Cook, CEO of a progressive company like Apple, can afford.

Many can’t. Only 18 states have passed laws that prohibit employment discrimination based on sexual orientation and gender identity. Tim Cook’s not going to be fired for coming out, but a fry cook in South Carolina might. So good for him for stepping forward in an act of advocacy for those workers. It's also a step forward for tenants in states who can be denied a place to live for the sole crime of being two women trying to sign a lease for a one-bedroom apartment, and for transgender students fighting for safety in their schools.

When prominent citizens, especially highly respected leaders of the international business community, fall back on that luxury of privacy, bigots can continue to conflate “private” with “secret.” They can soften their bigotry with statements like “I don’t care what you do in your (seedy, unsavory, unnatural) bedroom, just don’t flaunt it,” and feel justified.

Apple has advocated for equality and against discrimination on the state and federal level. While the momentum for nationwide marriage equality has tipped forward, and universal marriage rights now seem inevitable, there’s still so much work to do. Cook says he doesn’t consider himself an activist. But surely he knows what he’s worth. Cook came out in Businessweek, not Rolling Stone. No matter how much cultural power an out-and-proud rock star or actor can have, an out CEO of a Fortune 100 company is an entirely different matter. CEOs have economic power — to influence company culture, to decide with whom to do business and where to create jobs — and economic power, in this society, is real power. But there is power in visibility, too. Just as LGBT characters and actors have helped make LGBT people more visible and real in America’s living rooms, out business leaders can make them more visible and real in board rooms, too.