Woman in catcalling video tells CNN: "I was reliving past experiences of sexual assault"

"I had to keep remembering that I wanted to start a dialogue," actress Shoshana B. Roberts said of the project 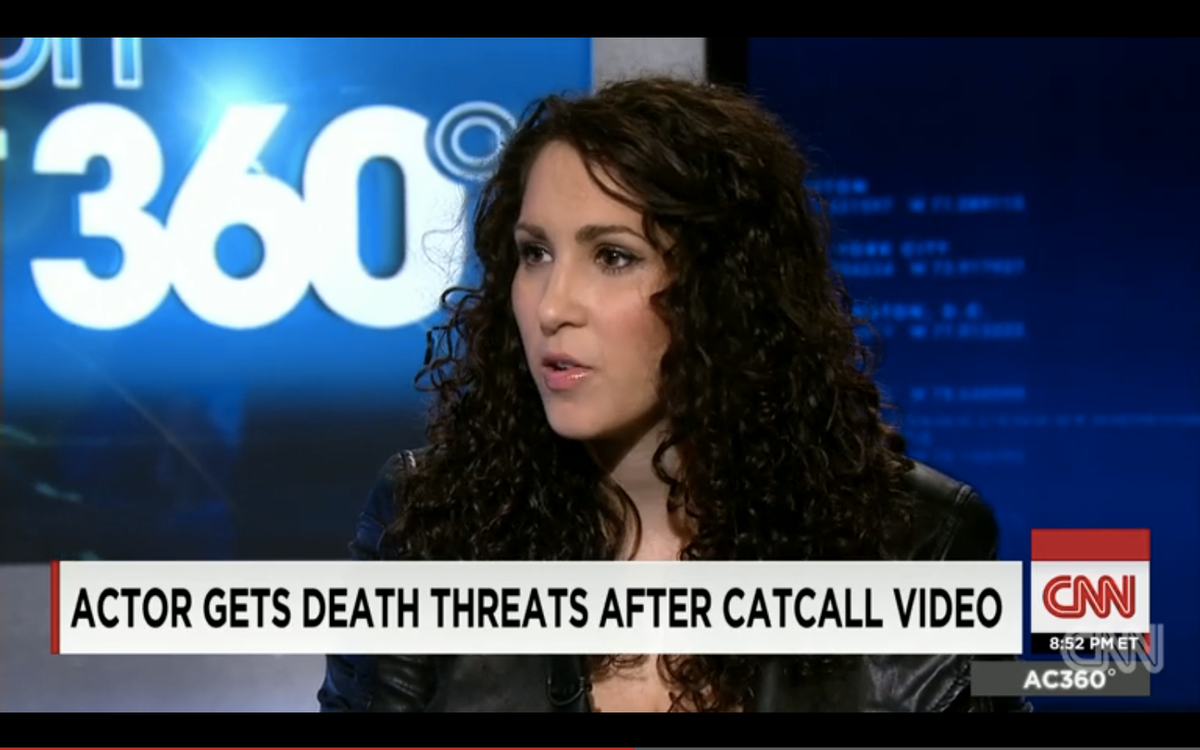 Actress Shoshana B. Roberts volunteered to participate in the now-viral video collaboration between anti-street harassment organization Hollaback and Rob Bliss Creative because she wanted to start a dialogue about catcalling -- and start a dialogue she did. The video, which (at the time of writing) has been viewed over 17 million times, shows clips of Roberts walking through Manhattan for 10 hours, during which time she received more than 100 catcalls. In an interview with the hosts of CNN's "New Day", the actress said the unsolicited comments brought back memories of her past sexual assault.

"It is a typical day, and it doesn't even illustrate everything that happens," Roberts said. "It doesn't show the times in the past that ... my side has been squeezed. It brings up memories in my past, too. I've experienced sexual assault, unfortunately, in my past."

Roberts went on to cite a recent incident involving a woman who was slashed with a knife for refusing to give a man her phone number, adding that such charged acts of violence make her especially vigilant on the street. And, in reference to the man who followed alongside her for five minutes after she rebuffed his verbal advances, Roberts said she was terrified.

"I had to keep remembering that I wanted to start a dialogue," she said. "I was scared out of my mind. ... I was reliving past experiences of sexual assault in my mind during those ten hours. It was bringing up these awful memories."

While co-host Michaela Pereira shared that Roberts' experience is typical for many women, her colleague Chris Cuomo called the catcallers' behavior "embarrassing."

"Guys being guys -- not an excuse," Cuomo said. "The idea of 'what's your disposition on a certain day?' Not an excuse. ... It does lead to bad things."