Nuclear power is on the rise again. Should we embrace it? 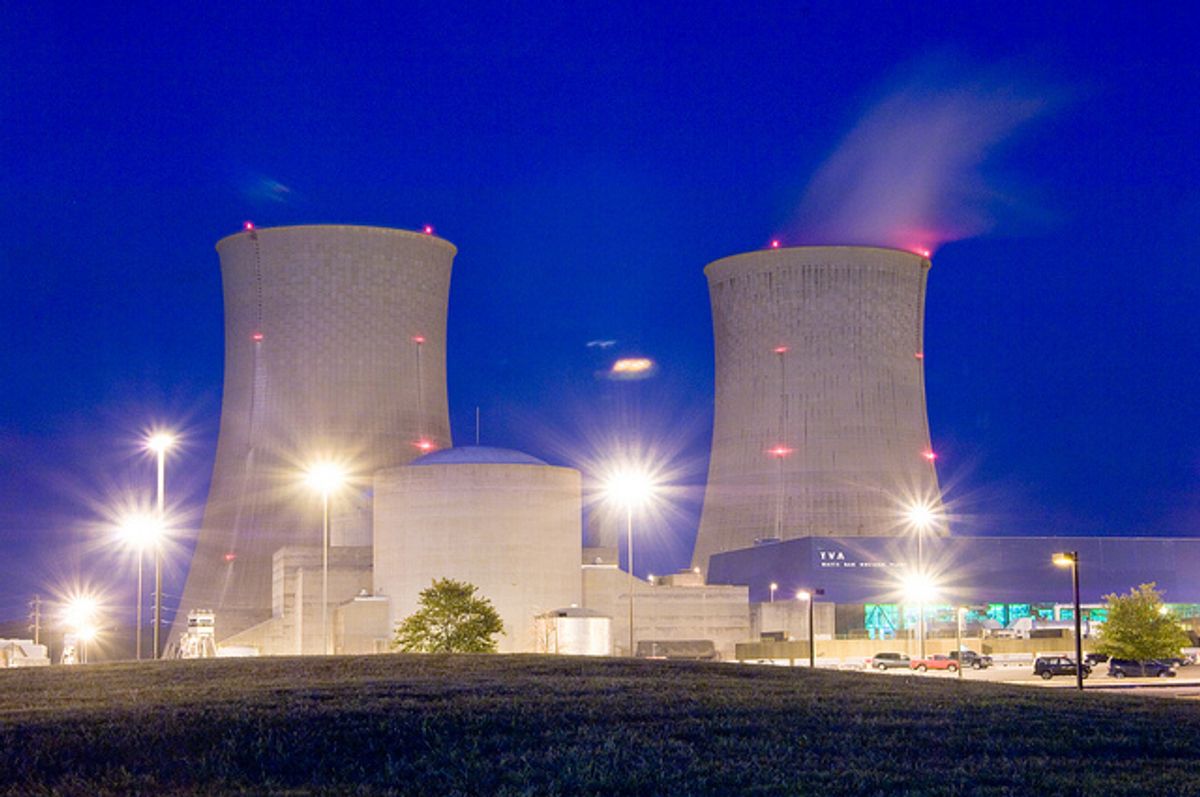 Nuclear power was on the defensive long before the Fukushima Daiichi disaster threatened to bury it forever. But there are signs that we may be quietly approaching a nuclear renaissance. For the first time in 30 years there are not one but five nuclear reactors under construction in the United States, with the Watts Bar 2 in Tennessee scheduled to come online in 2015. Many more may follow, with the Department of Energy offering $12.6 billion in loan guarantees for nuclear development. The UK also recently received EU approval for a new reactor,despite bitter opposition from some of its members. These numbers are paltry in comparison with efforts elsewhere. Narenda Modi recently called for a tripling of India's nuclear capacity in 10 years, and China has no fewer than 27 reactors under construction. Even oil-soaked Saudi Arabia is getting into the game.

The pro-environment pitch for nuclear usually boils down to a single, compelling dilemma -- that without it we cannot reduce our use of fossil fuels far enough or fast enough to prevent catastrophic climate change. Even taken together, the contribution that renewables and nuclear make to energy supply -- both in the US and the world -- is a fraction of that derived from fossil fuels. The bitter debate among the pro- and anti-nuclear camps may have contributed to decades of nuclear stagnation, during which time fossil fuels have pumped untold billions of tons of CO2 into the atmosphere that they otherwise might not have. Recent years have seen several high profile defections from the anti-nuclear side, including recently Carol Browner, head of the EPA under Bill Clinton. The dangers presented by nuclear may be addressed by next-gen reactors, which proponents say will be safer, cheaper and produce less waste.

Foes of nuclear are not slowing down, however, and continue to score victories. France voted earlier this month to cut funding to nuclear, from which it gets as much as 75% of its power. Neighboring Germany shut down its reactors after Fukushima, gambling that it could close the gap with renewables. That gamble may finally be paying off, with renewables now providing more power than coal. And the IPCC's most recent recommendations for climate change mitigation heavily endorsed renewables while giving only the most tepid support to nuclear. It took trouble to list the disadvantages: "Operational risks, and the associated concerns, uranium mining risks, financial and regulatory risks, unresolved waste management issues, nuclear weapon proliferation concerns, and adverse public opinion."

What do you think? Is nuclear power essential to the fight against climate change, or are there alternatives paths we might take? Do the benefits of nuclear outweigh the costs and potential danger? If you're still on the fence, what would it take to convince you one way or the other? Take our poll below and elaborate in the comments!