"Texas has been a conservative state since dinosaurs roamed it 6,000 years ago" 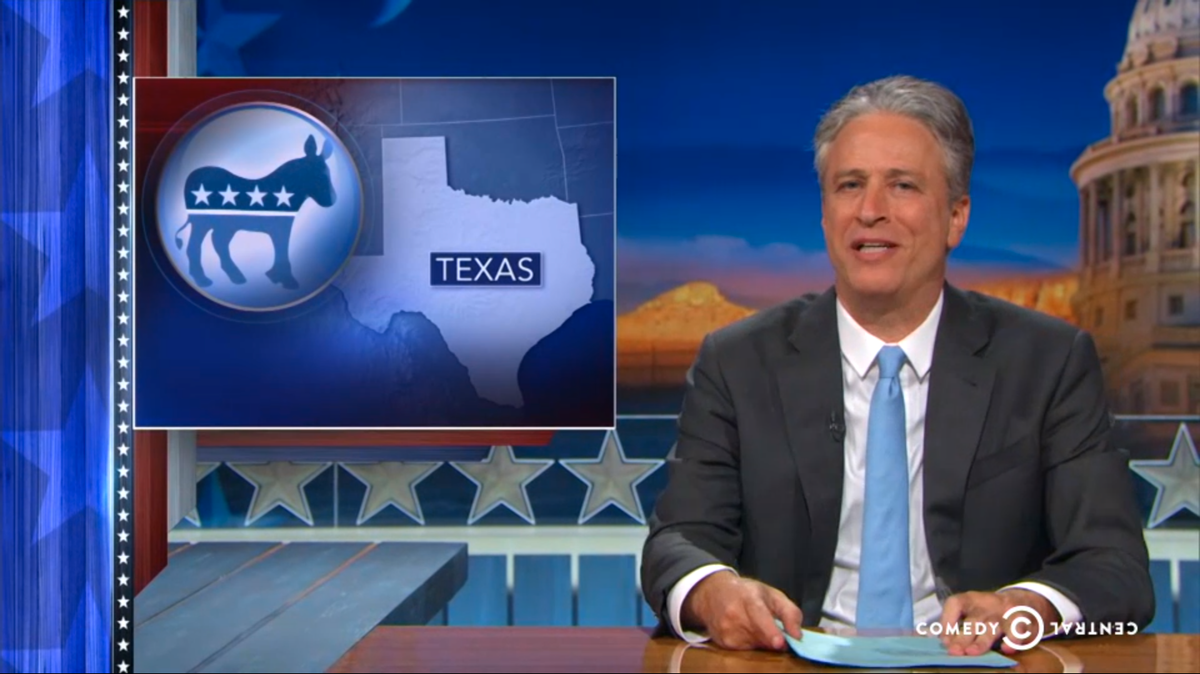 On Thursday's episode of "The Daily Show"--the last episode taped in Austin, Tx.--Jon Stewart addressed the few misinformed pundits who think Texas could flip from a red state to a blue one.

"Listen, Texas has been a conservative state since dinosaurs roamed it 6,000 years ago. At least, that date's according to the Texas state high school text books."

If Texas is ripe to turn blue, how do people like Greg Abbott and Louie Gohmert have such significant leads? Abbott believes that guns and bibles should be taught in schools, while Gohmert thinks gays in the military means people "gettin' massages all day."

Democrats and Texas are like the drunk guy at the bar who won't stop hitting on a girl even though he knows she's a lesbian. 'No, no, no, dude, trust me! I can flip her! I just need time.'"