"The Five" did a remarkably moving segment on assisted suicide

The hosts opened up when discussing Brittany Maynard's plight 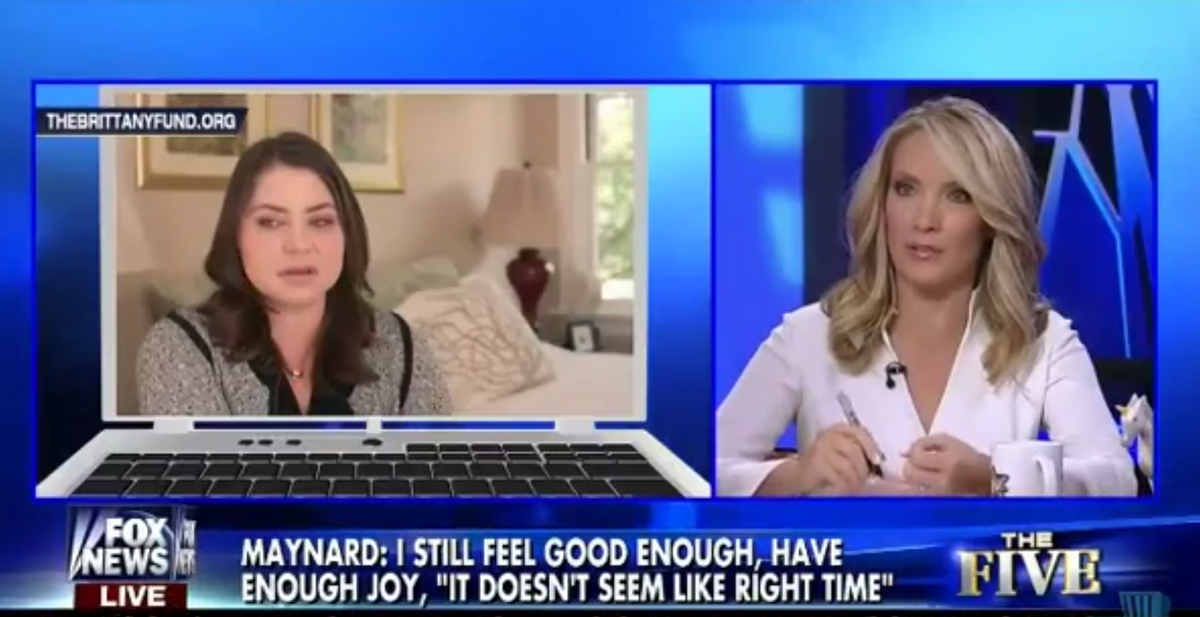 While "The Five" generally is not known for being a measured voice on cable news, on Thursday the group discussed Brittany Maynard's decision to delay her death with remarkable empathy and candor.

Every host spoke thoughtfully and with the utmost respect for Maynard.

"This is her decision," said Kimberly Guilfoyle. "I would never even put myself in her position to pass judgment as to what she should do."

"I think, in a situation like this, people have every right in the world to decide whether they want to go to their maker or not," said Bob Beckel.

Eric Bolling added, having lost a mother, father and sister to cancer, "If anyone had ever said along the road that they wanted to have an assisted suicide, I would have been on board."