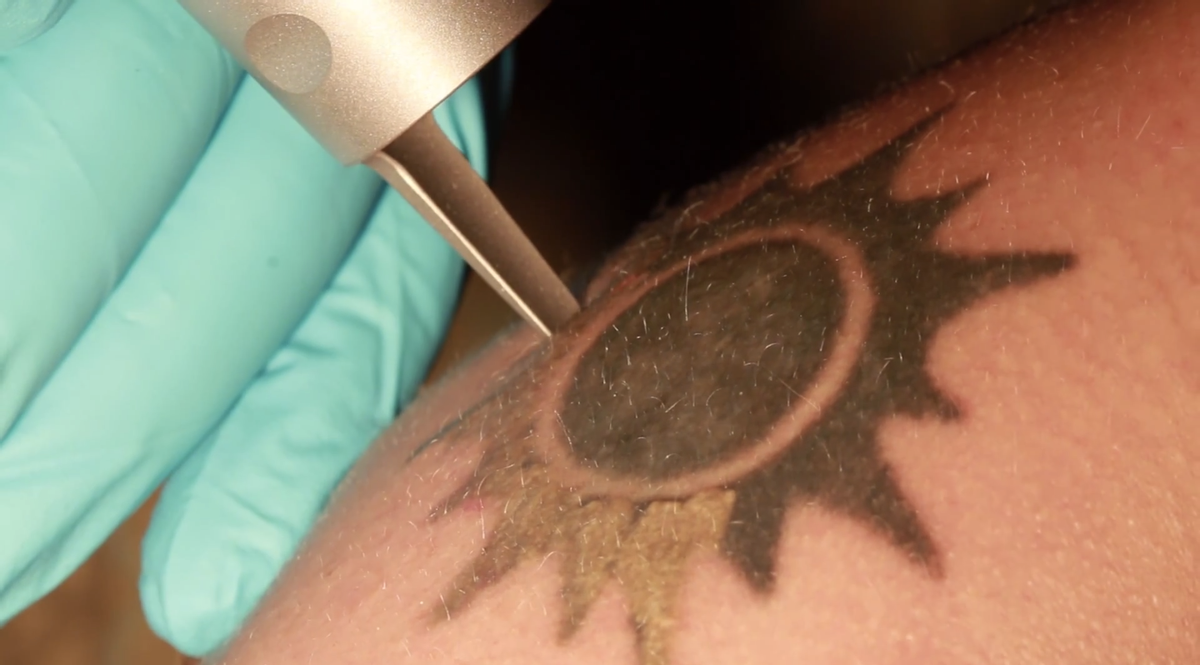 Lasers can break up the large ink droplets by intensely heating them for very short periods of time (the laster in the video, for instance, turns on and off periods as short as one trillionth of a second). This causes one side of the droplet to expand. Because the other side doesn't expand equally, the droplet breaks apart, and the smaller pieces can get carried away by your white blood cells over time.

According to the U.S. Food and Drug Administration, in 2012 one in eight of the 21 percent of American adults with tattoos regretted the decision. In 2011, the American Society for Dermatologic Surgery's doctors conducted almost 100,000 removal procedures.

Watch the whole video below to learn why tattoos fade and to get a little queasy along the way.