Colorado's Cory Gardner and others are claiming to be men who support choice. Meet one who really does 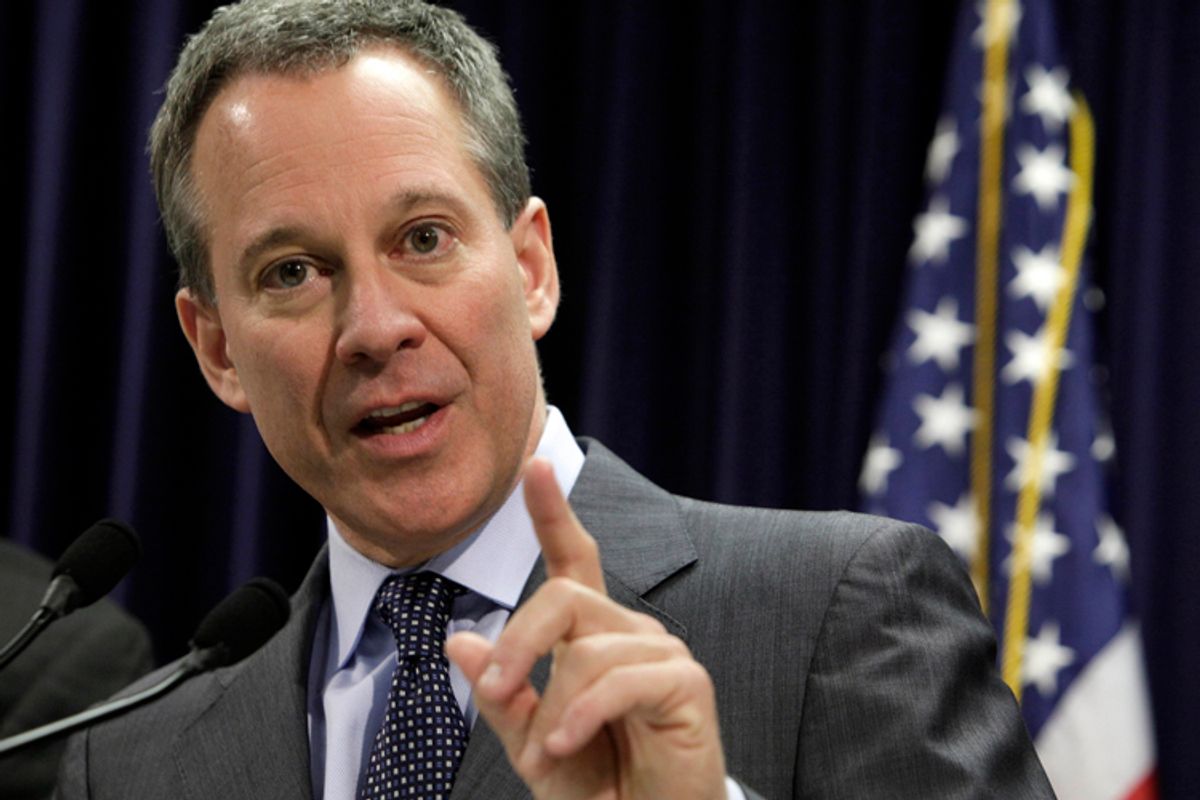 The big trend among Republicans this Halloween is dressing up like pro-choice politicians. (Get it? It's Halloween. This is a topical lede.) It's especially popular among the Colorado GOP, it seems. Last week, the state's Republican gubernatorial candidate Bob Beauprez said that he respects "people’s right to choose,” while, you know, failing to mention his previous support for fetal personhood or his recent statements against abortion. Senate candidate Cory Gardner and state Rep. Mike Coffman have done more or less the same thing in their own campaigns. As I've argued before, in Colorado and beyond the GOP's attempt to cloak itself in the language of choice while fighting access to healthcare (reproductive and otherwise) is a wildly cynical effort to fool voters with moderate talking points while pushing an extreme agenda.

I thought about Gardner et al. after watching an exchange from a Thursday night debate between New York Attorney General Eric Schneiderman and his Republican challenger John Cahill. In a question about abortion, Cahill said he would uphold current laws in the state. This is, often enough, how antiabortion Republican candidates in liberal states try to frame their views about reproductive freedom. Something along the lines of, Hey, I don't like the idea of people controlling their own bodies, but I'll let you have your Roe v. Wade.

Schneiderman's response got at something crucial about the limits of just "supporting choice," and I think it's applicable to some of the larger conversations we're having in the lead-up to the midterms, so here it is in full:

It has to go beyond just upholding the law. It's not just sitting there waiting for someone to sue. We have buffer zones in over 20 counties in the state because of a history of violence against clinics and doctors -- including murder. I have to deal with those all the time in a proactive way. When the Hobby Lobby decision came down from the Supreme Court, I immediately gathered up the pro-choice groups; we proposed a transparency rule so that everyone will know if a company's going to deny contraceptive coverage.

You may not notice this, but there is a war by conservative groups out there going into federal courts trying to strike down every bill, every law in any state that provides contraceptives to women, that gives them access to reproductive health services. I am proud to be a leader of a group of pro-choice attorneys general that goes out and fights those cases. We go to the Supreme Court. We intervene. We file amicus papers. We would lose that voice if you have someone who is just merely going to uphold the law but is not an aggressive advocate for it. This is a time to defend women's rights, I am never going to back down from that.

Now compare this to Cahill saying he will uphold existing law, or to Coffman saying he supports "maintaining access to birth control," or to Rand Paul saying, "Nobody in here wants to ban birth control." Even if we were to take these men in the GOP in good faith (we shouldn't) and believe them when they say they aren't trying to turn back the clock on reproductive freedom, there is a profound difference between upholding a really terrible status quo and fighting for access. And fighting for access is what's necessary right now. Hopefully voters, in New York and across the country, will keep this in mind come Tuesday.