10 songs from the year 1989 that Taylor Swift should cover

From Janet Jackson's "Escapade" to Elvis Costello's "Veronica," these '89 tunes are asking for a Swiftian revamp 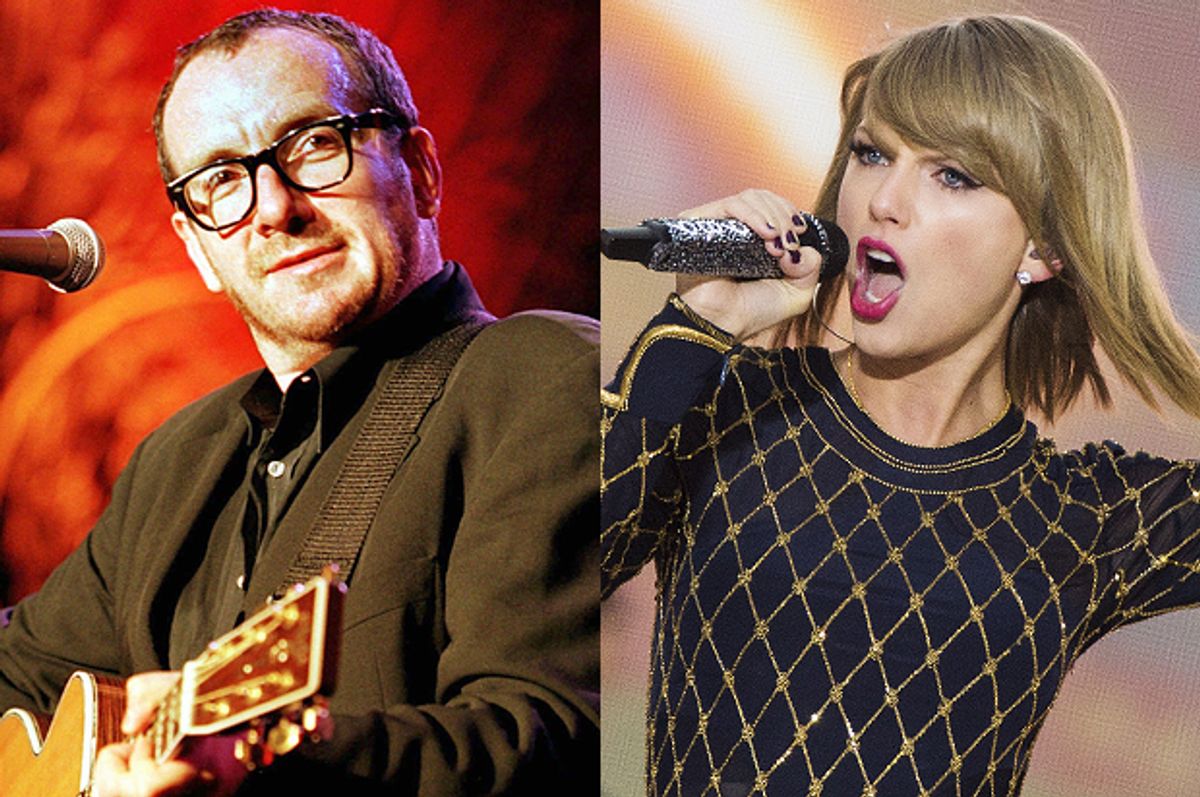 Taylor Swift just released her highly anticipated new LP, "1989." She's called it her "first documented, official pop album," which is no hyperbole: From the perky "Shake It Off" to the electronic-leaning, digitally processed "Welcome to New York," it's clear the singer-songwriter is striving for a higher echelon of pop stardom. With this new direction, it seems appropriate to suggest 10 songs from the titular year of her album that she might want to cover—especially considering the preponderance of classic glossy synthpop and dance jams from that year.

Swift's new song "Out of the Woods" resembles the airy electropop popularized by groups such as Chvrches—music that is in turn inspired by '80s synthpop. Exhibit A: Ex-"Kids Incorporated" star Martika's torchy No. 1 hit "Toy Soldiers," a children's-choir-assisted ballad ready-made for Swift.

This hit from "Janet Jackson's Rhythm Nation 1814" split the difference between danceable precision and personal exuberance; in fact, this tale of carefree adventure with a beau fits Swift's upbeat personality to a T.

It's never easy to tackle a Madge song, especially one as totemic as "Cherish." But it's easy to see Swift relating to this tale of hearts-and-stars romance, in which Madonna asserts her right to her lovey-dovey feelings: "Romeo and Juliet they never felt this way I bet/So don't underestimate my point of view."

The scruffy Minneapolis charmers seem to have little in common with Swift. However, the kickoff song from the band's "Don't Tell a Soul" is a classic Westerbergian tale about being an underdog infiltrating the cool kids club, a favorite Taylor topic—and this vaguely twangy tune has Swift written all over it.

Belinda Carlisle, "Leave a Light On"

One of the more underrated (but beloved) songs in the Go-Go's vocalist's solo arsenal, "Leave a Light On" is a quietly forward song that is direct about her feelings—a Swift staple: "But if I lose your love/Torn out by my desire/That would be the one regret of my life."

The fairy tale of forever love (or, in some cases, a forever breakup) is a dichotomy T Swift loves to explore, making this horn-peppered declaration an ideal cover choice.

Skid Row, "I Remember You"

Much like Poison's "Every Rose Has Its Thorn," Skid Row's lovelorn "I Remember You" is a versatile power ballad, one malleable enough to be interpreted (successfully) in many genres--including, perhaps, as a bombastic pop anthem.

Swift may be wanting to put her country roots on ice for the moment, but it's hard to deny that she'd do Bonnie Raitt proud with a cover of this John Hiatt-penned twang-rock hit.

The Bangles, "In Your Room"

This flirtatious jam about dizzying love and affection has just the kind of winking tone favored by Swift in so many of her own pop songs. That there's a girl-group and '60s rock 'n' roll heart beating at the core is just icing on the cake.

Nostalgia—especially bittersweet nostalgia—is a Swiftian hallmark. This sparkling Costello hit is about a character beaten down (but not out!) by life and relationships. Sure, it's kind of creepy! But still the kind of well-crafted tune that Swift would surely have a field day with.